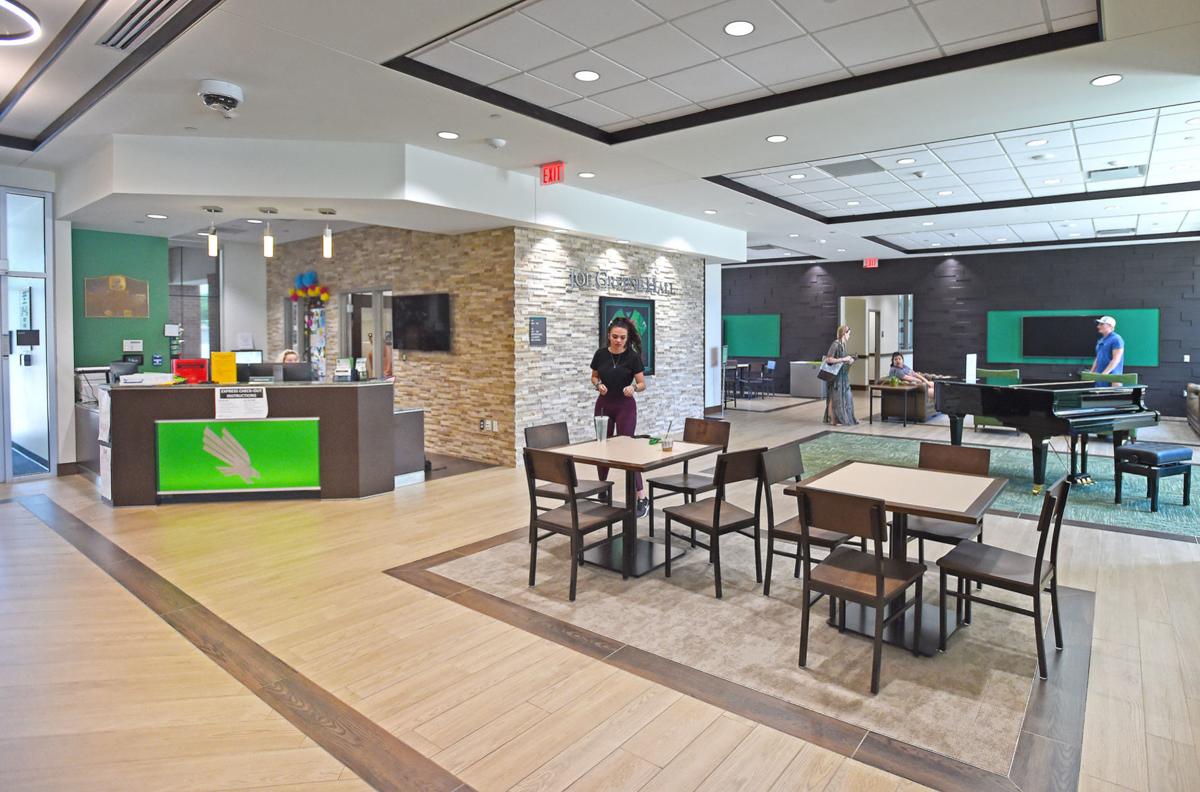 Joe Greene Hall, which opened last year, and several other residence halls are still home to a handful of students at the University of North Texas. 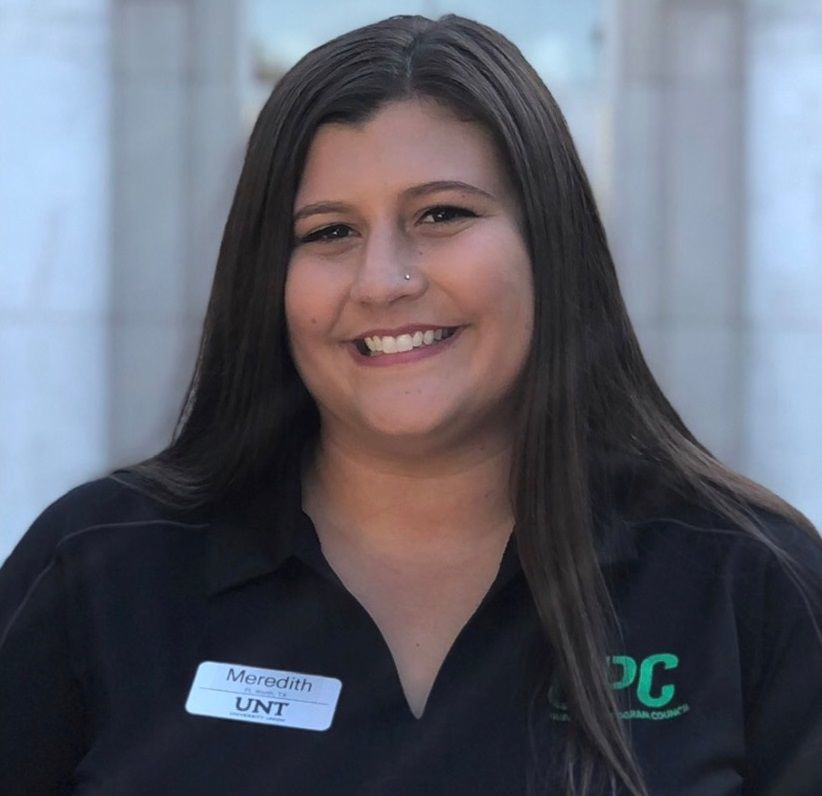 The once bustling lobby of Joe Greene Hall has resembled a ghost town recently, with the piano taped shut and furniture pushed against the walls as a bleak reminder of how many students moved out in the wake of the COVID-19 pandemic.

“It feels weird being on campus and seeing it so empty,” said Meredith Jones, a sophomore and resident of Greene Hall, University of North Texas’s newest dormitory.

She is one of a handful of students still living on campus after statewide emergency orders forced in-person classes to move online for the rest of the semester. While many students moved back home, some residence and dining halls remain open for students who need them.

Jones couldn’t move home because her mother was relocating to Fort Worth. Jones said she’s OK with staying.

Although it gets lonely, Jones said she doesn’t mind. Now that her roommate has moved out, she has moved the furniture to the side and uses her projector on the wall.

The common area used to be filled with students studying, playing music on the piano and playing pool. Now it’s empty.

Jones’ friend Taliah Taylor also stayed on campus because of her obligations as a resident assistant. Taylor isn’t encountering many students because most moved out, she said.

“The hours have been long,” Taylor says. “A lot of the RAs quit, so we have had to pick up the slack, and many of us are working [to help students] in different halls.”

Students living in Santa Fe and Traditions halls moved to Kerr Hall to mitigate exposure to the virus and better serve them, according to a statement on the UNT Housing website.

Reversing an earlier decision, officials announced that students who moved out to complete their coursework elsewhere would receive a refund on their housing costs based on their move-out date. In addition, any dining credits would be applied to the 2020-21 academic year.

For those students who never returned from spring break, the university is giving them the option to return to campus, retrieve their belongings and return their room key while still following social distancing guidelines.

In the meantime, Jones said she is making the most of her remaining days on campus. Thursday is the last day of classes. Final exams continue through May 7.

Until then, Jones says she typically wakes up around 10 a.m. and begins each day with a 3- to 5-mile walk around campus. She then clocks in for classwork, where she attends her Zoom classes and works on homework.

“It’s nice to have a daily routine,” she says. “I would not know what to do with myself all day, but I’ve started exercising and walking a lot, and it helps me feel more productive.”

After a recent walk, Jones stopped for a moment before entering Greene Hall and looked around at her surroundings. It was a perfect day with a cool breeze and a clear sky.

On such days, students would normally be outside studying or just trying to soak in the last remaining days before it’s too hot to be outside. This time, aside from the stray car on the road, the campus is virtually abandoned.

As Jones waited for the elevator to go up to her room, the otherwise faint ding of the elevator bell echoed throughout the lobby.

Students in Annette Nevins' public affairs reporting class in the University of North Texas Mayborn School of Journalism are profiling people involved in local response to the COVID-19 pandemic.