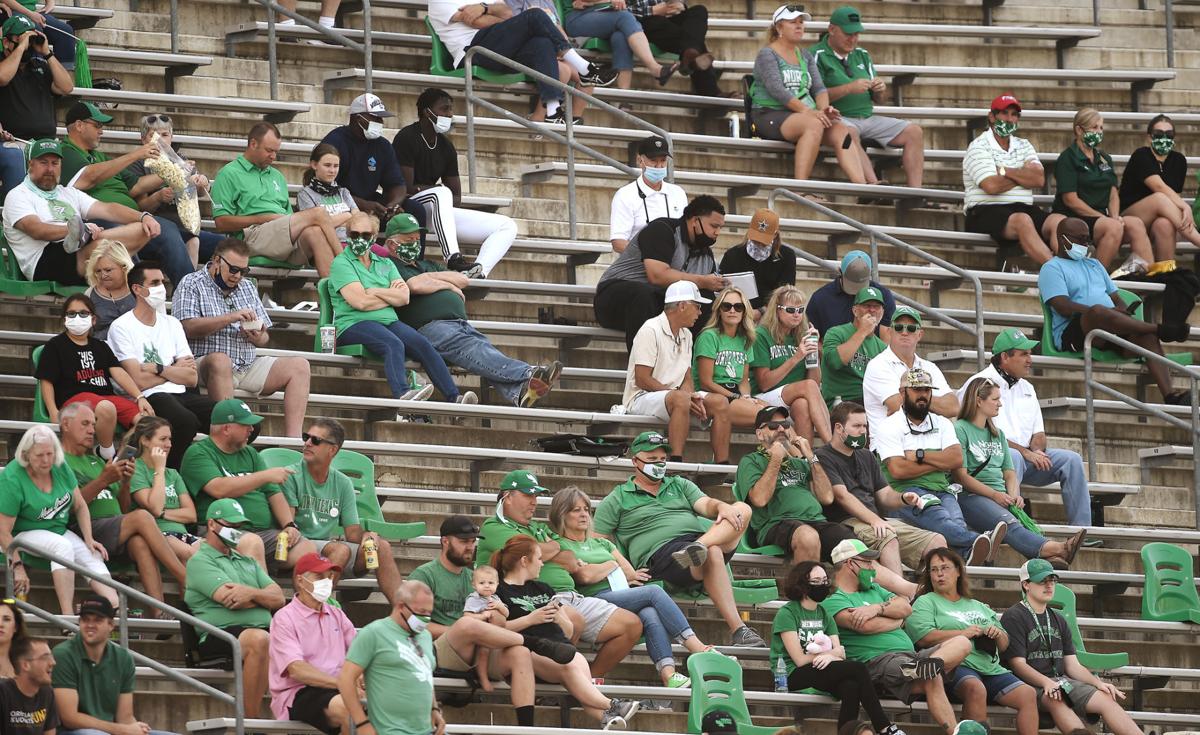 People watch Saturday’s game from the Mean Green fan side of the field at Apogee Stadium. SMU won the rivalry game 65-35. For game coverage, see Page 16A. 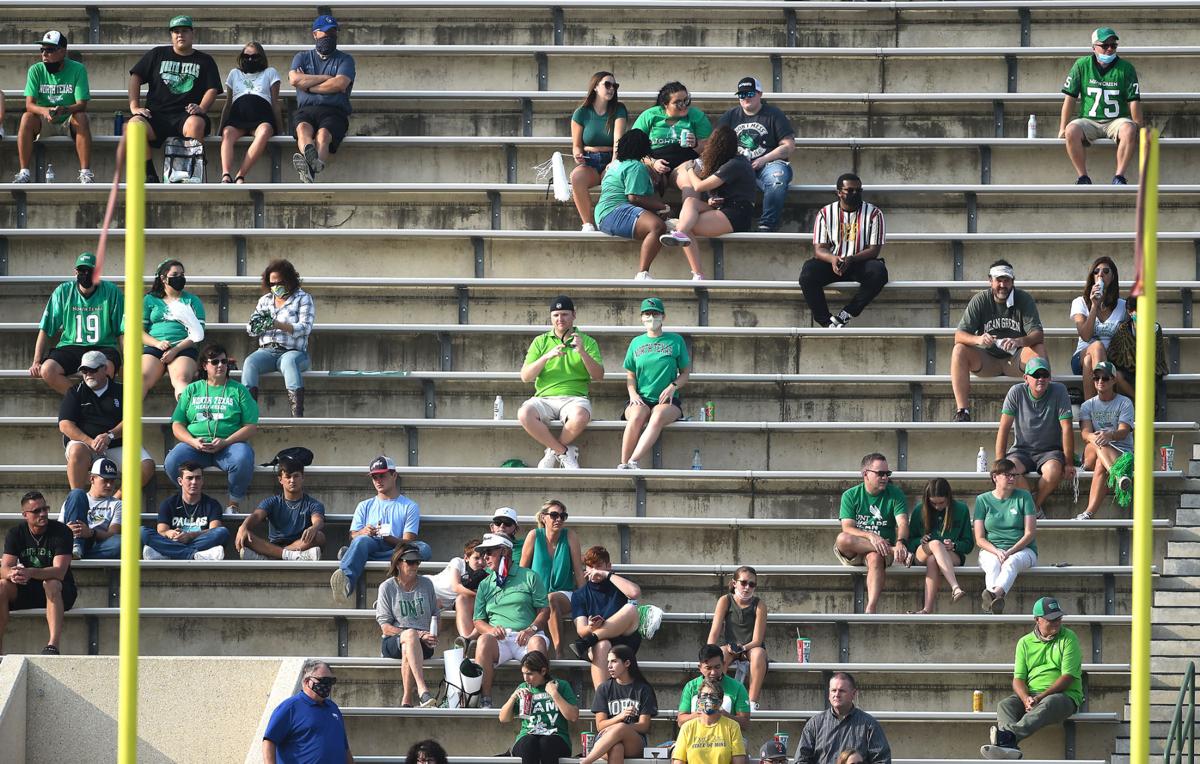 Fans watch from behind the end zone during the UNT vs. SMU game Saturday at Apogee Stadium. 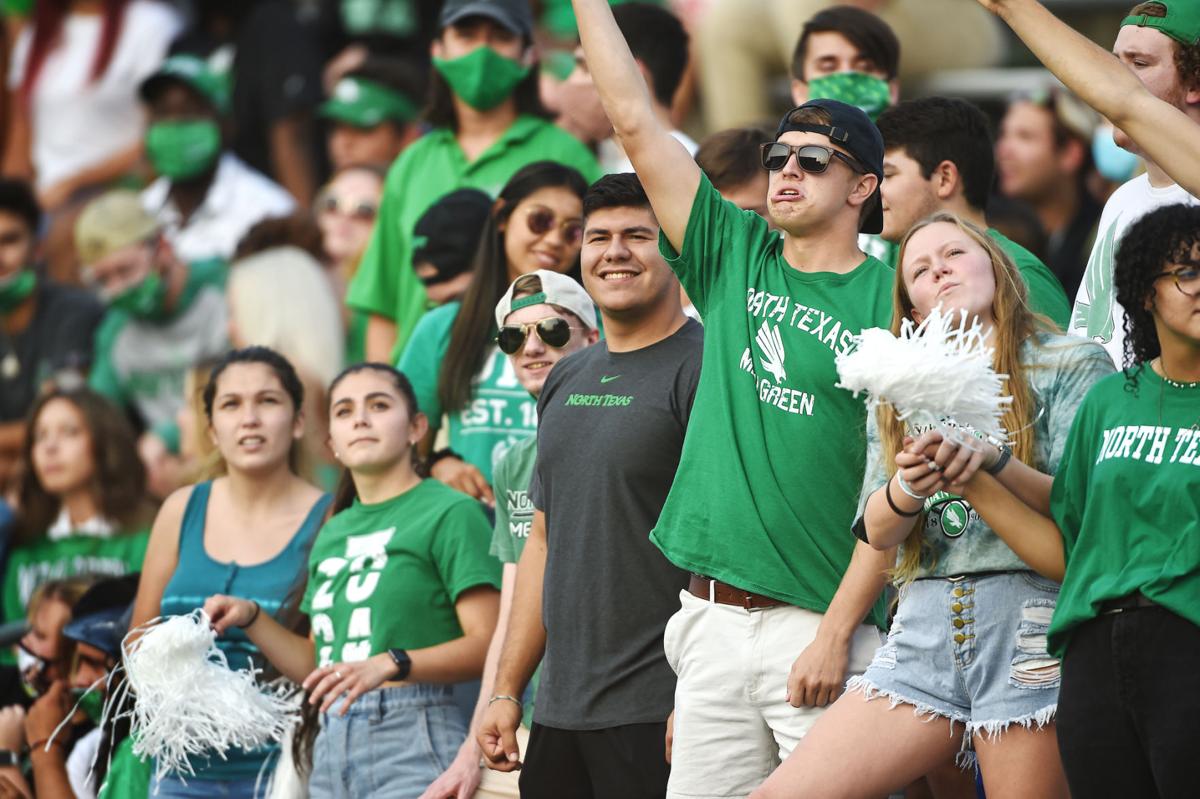 People watch Saturday’s game from the Mean Green fan side of the field at Apogee Stadium. SMU won the rivalry game 65-35. For game coverage, see Page 16A.

Fans watch from behind the end zone during the UNT vs. SMU game Saturday at Apogee Stadium.

Though many questioned the effectiveness of the University of North Texas’ coronavirus safety policies following the football team’s season opener two weeks ago, most fans who attended Saturday’s rivalry game against Southern Methodist University were comfortable with the face covering and distancing rules at Apogee Stadium.

UNT, like other schools, has implemented several measures for games in response to the virus, including substantially limited seating and the addition of sanitizing stations. Masks or other facial coverings are also required at all times, but at the season opener against Houston Baptist, that requirement was often not followed — and scarcely enforced.

The game sparked discussion from many on the health implications of UNT’s policies, with some in favor of more stringent mask usage and enforcement and some citing the outdoor space and seat distancing between groups as reasons to loosen up on the face covering requirement.

Heading into the season’s second game Saturday, most fans said they felt comfortable with the measures UNT had in place, though many said it was far from perfect.

Jackson Hulett, who attended both home games with much of his family, said mask usage and its enforcement were lower than they should be but he felt other fans distanced well, allowing his family to keep to themselves in their seats.

“Did the security really enforce it? No, but in the end, people were respectful of keeping distance,” Hulett said. “We’re here, life is good.”

Mark Snow, who likewise attended both games, said his family also felt comfortable when they could keep to themselves in the bleachers. Snow said he did have problems with other fans not complying in more enclosed spaces, like the bathroom.

“If you get up from your seat, you need to get your mask on,” Snow said. “I said something to a couple guys.”

His wife, Neely, added that her family felt comfortable enough to return for a second game because of the seating distancing and their own precautions.

“We kept ourselves safe — can’t help what other people do,” she said.

Other fans had better experiences, like Austin Ettredge, who attended the opener with his son and much of his extended family. He said he largely found other fans to be respectful of the rules, including when not in the bleachers, and that he doesn’t think masks need to be worn at every moment of the game given the distance between groups of people.

“They space the groups out so ours was comfortable with everybody,” Ettredge said. “For food, for the bathroom, I’d say everybody was being respectful.”