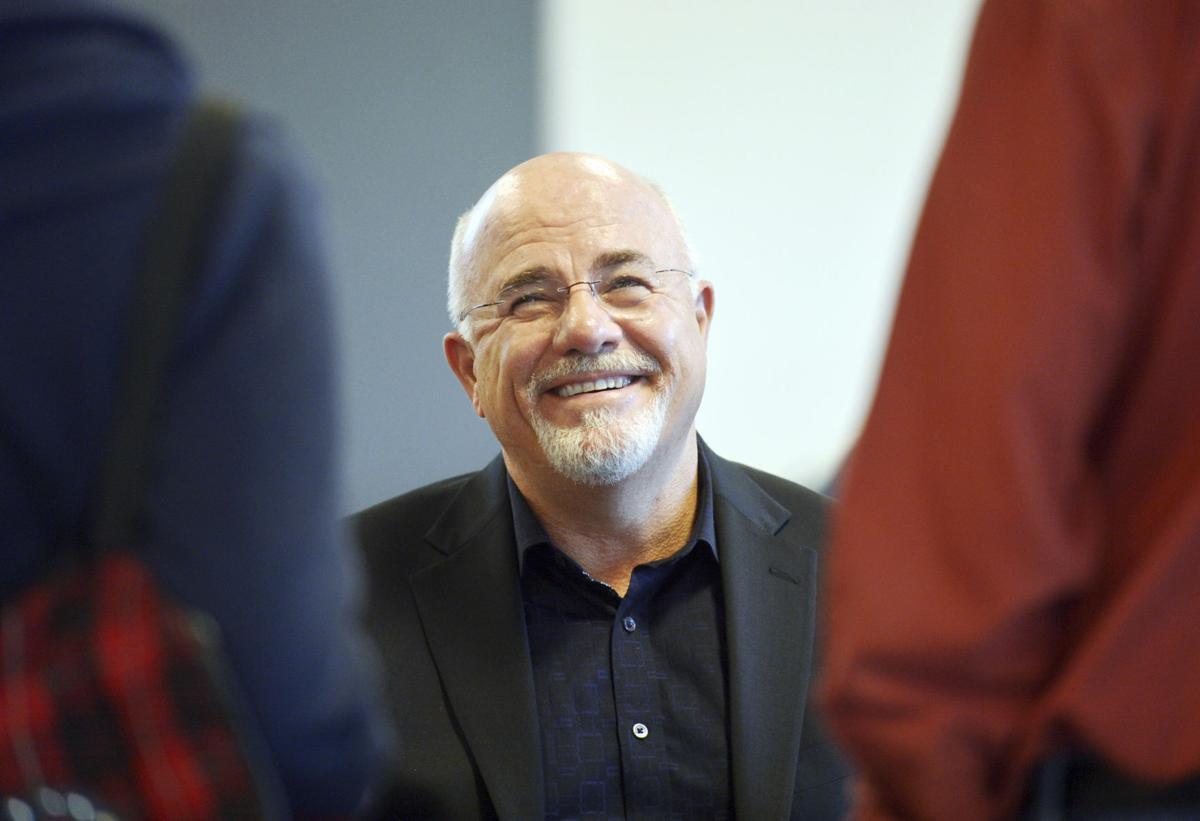 Personal money management expert Dave Ramsey signs books for fans in Benton Harbor, Mich., in 2017. His company, Ramsey Solutions, is behind SmartDollar, a workplace financial wellness program that the University of North Texas has adopted. 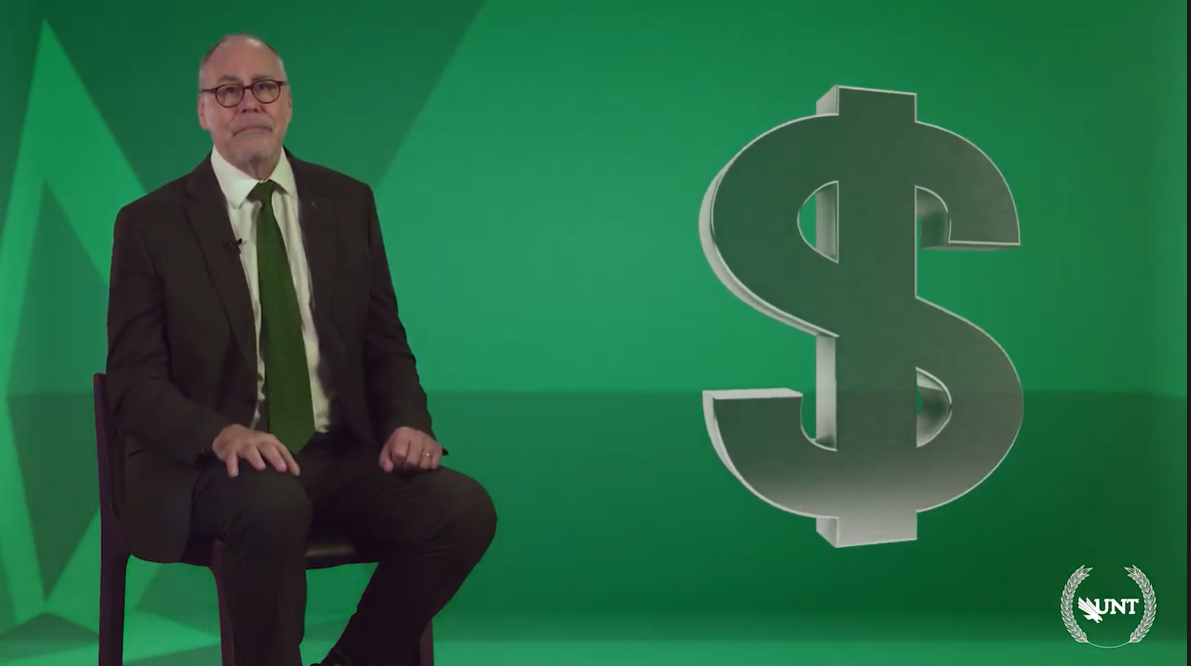 UNT President Neal Smatresk is shown during his State of the University address given earlier this year.

A financial literacy tool proposed earlier this year by the University of North Texas is drawing flak from some employees who question the university’s motives.

SmartDollar, a workplace financial wellness program, caught some of the criticism, but the bulk of faculty members’ concerns have been pointed instead at the company that produces the tool — Ramsey Solutions.

“The purpose of this was to try to raise our employees’ overall financial wellbeing,” UNT President Neal Smatresk said earlier this month.

SmartDollar is a program designed for companies to offer to their employees to save them money — the implication being, some critics have suggested, that it’s a cheaper way to give workers a pseudo-bump in pay.

An executive summary packet for the tool instructs employers to “stop the employee money stress that’s hurting your bottom line.”

“The reality is Americans are struggling with their money, and these problems follow your employees to work,” it continued. “This is killing your business!”

The program is built on the back of financial advice from founder Dave Ramsey.

In addition to his company, Ramsey is an author and hosts a popular radio show where he discusses finances and Christianity.

Ramsey and his company gained a degree of infamy over the past year as at least two former employees filed lawsuits naming his company.

The first centered around a woman who claimed she was fired for becoming pregnant while not married, which the employer claimed broke the company’s “righteous living” policy. 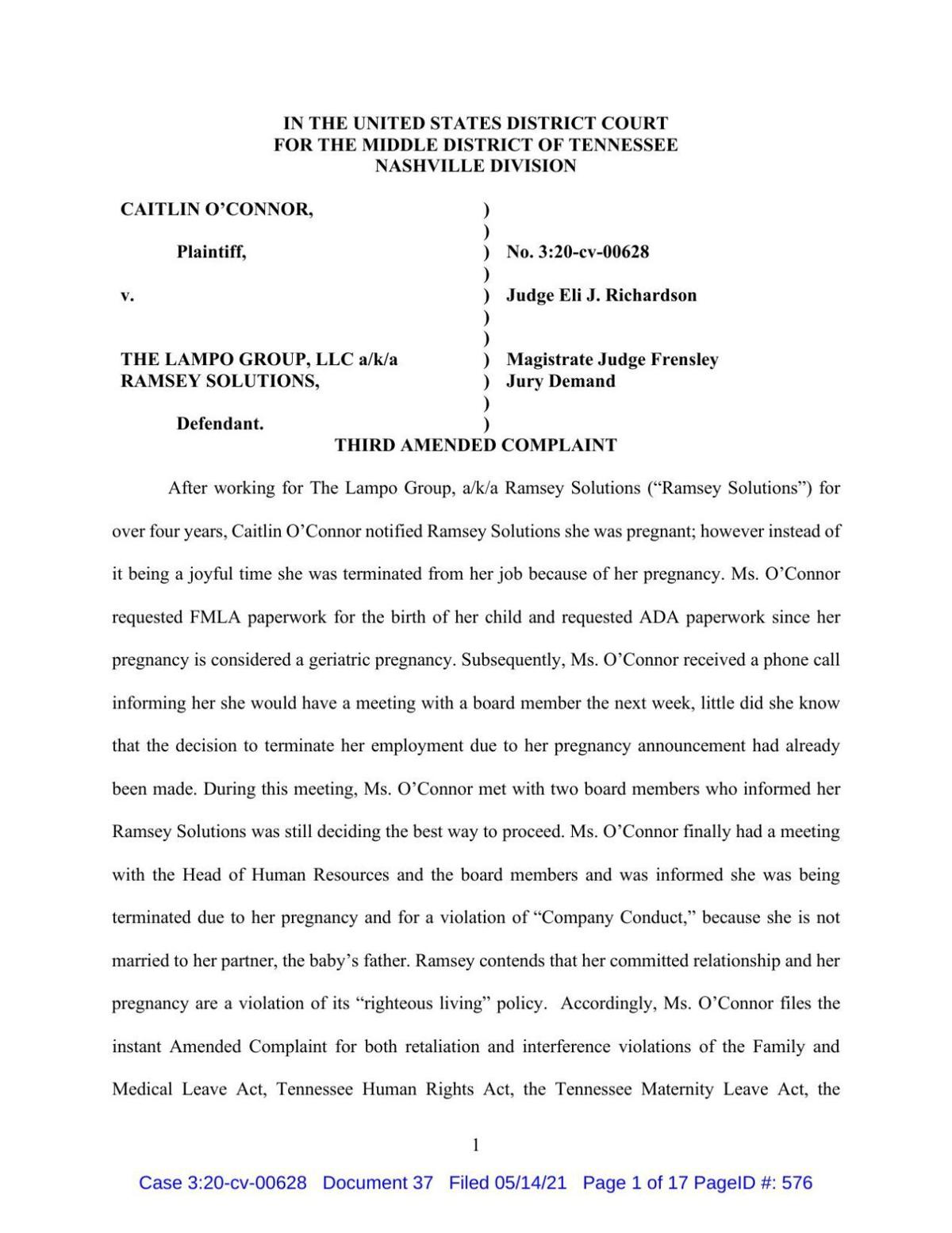 The latter was filed by an employee who claimed he was fired for speaking out against Ramsey’s alleged lack of pandemic safety protocols that looked down upon employees who wore masks instead of placing faith in God.

Smatresk said the university didn’t know about those controversies until after signing a contract with SmartDollar.

Records were redacted for a variety of reasons under the law, but it wasn’t clear how extensively because UNT makes all redactions using white instead of black boxes.

Emails showed that, internally, UNT higher-ups were pitching the SmartDollar program at least partially on the back of Ramsey’s reputation, and at least once acknowledged there was some disagreement about how helpful his advice was to many people.

Records also showed that Debbie Rohwer, chief of staff and vice president for planning at UNT, emailed a SmartDollar representative in early April asking for guidance.

She said she’d just come from a UNT Faculty Senate meeting “where they blasted the Dave Ramsey company for the bad press around firing …” and asked if the company could provide any information to combat that lest the Faculty Senate continue on that theme and hurt participation in the program.

The program had been fairly well received at the UNT Health Science Center in Fort Worth, and it fit nicely into Smatresk’s existing affordability initiative.

He told those attending UNT’s Faculty Senate meeting on April 14 that roughly 15% of eligible employees had enrolled in SmartDollar so far. Five percent of them signed up within the first few hours of program launch, according to internal emails.

Typical enrollment for all clients ranged closer to 30-35% on average, according to email records obtained by the Record-Chronicle.

That number hadn’t shifted much when Smatresk was asked in early June, but he was clear the program was still in its pilot launch.

He said those who were enrolled were largely happy with their experience so far.

Smatresk had internally greenlit staffers to accept a roughly $55,000-per-year price for SmartDollar by Jan. 7.

He acknowledged via a phone interview in early June that there are lecturers, instructors and faculty members still making relatively modest salaries, but he saw SmartDollar as a relatively inexpensive way to help alleviate some of that burden.

“For less than one salary, in many cases, we can help a lot of our people gain financial independence,” he said at the time.

Smatresk said he feels a “great responsibility to continually improve the quality of life, the pay equity structures and the future financial security of everyone who works” for UNT because of its status as a major employer for the Denton area.

Deliberations between the university and company were virtually complete by Feb. 3, the paperwork was signed by Feb. 25, and the first payment made the following day.

The final three-year contract, also obtained by the Record-Chronicle, showed the first year would cost $60,500. That included a $15 charge for each of the 3,700 eligible employees and a one-time “eligibility fee” of $5,000.

By March 10, administrators were more seriously considering how to bring the SmartDollar program to UNT Dallas and UNT System employees.

Between then and the program’s May 1 launch for eligible employees and graduate students, a series of national articles from a variety of news organizations reported more widely on the twin lawsuits facing Ramsey and his namesake company.

Caitlin O’Connor, the former employee-turned-litigant who was pregnant, filed her lawsuit on July 20, 2020, and the Tennessean reported fully on that filing when it was entered the next day.

Despite that, it didn’t find more widespread coverage until a month or so after UNT signed on the dotted line with SmartDollar.

Smatresk has repeatedly contended he had no knowledge of the lawsuits or their contents before the contract was signed with SmartDollar.

In statements to the Faculty Senate in April, Smatresk said multiple times he wasn’t attempting to defend the company’s actions but that it’s not the university’s responsibility to vet the morality of each company it contracts with.

He compared SmartDollar to Chick-fil-A in that regard.

“At the time of our selection, there had been no controversy surrounding [Ramsey Solutions] that we were aware of,” he told those in virtual attendance.

Despite that, he did seem at least partially aware of what to expect before he came on camera at the April Faculty Senate meeting.

A professor let Smatresk and Provost Jennifer Evans-Cowley know ahead of time that senators would like to know “more about the Smart Money program. Such as how it came about etc.”

Smatresk’s reply via email, in its entirety: “Thanks … I am sure they want to talk about Dave Ramsey … sigh.”

He didn’t quite come out of the gate swinging during that meeting, but he had this to say before he opened up for questions: “About a month ago, there were two different articles that were published — which you can call articles, you can call clickbait or you can call attack articles or slam articles, depending on what you’d like …”

He said he wasn’t exactly clear on the truth of the matter, but the articles were based upon legal filings and comments only from the former employees’ attorneys.

“As a journalist, I want to say that I did review the same stories that you talked about, and I did not see those stories as hit jobs,” she said. “I saw those stories as factual information being reported about a lawsuit.”

She and other senators were clear that women on campus were uncomfortable being asked to give a variety of personal information to a financial tool operated by the same company that is alleged to adversely target female employees who engage in premarital sex.

Smatresk was clear, as were assurances from SmartDollar via email, that all information given to SmartDollar is kept confidential.

Graduate student Tiffany Miller, addressing UNT’s plan to roll out SmartDollar to graduate students, was among multiple speakers who spoke against how strongly the university was promoting the program.

She also suggested the university put its money where its mouth is if it truly wants to be an inclusive, diverse community that supports women and the LGBTQ community by not contracting with companies that make a point of not supporting those very causes.

Earlier in the meeting, Smatresk had made a suggestion regarding people who don’t support a company’s stances: “What I would suggest is that if there are concerns about SmartDollar, just like if there were concerns about Chick-fil-A, one does not need to partake of the product.”