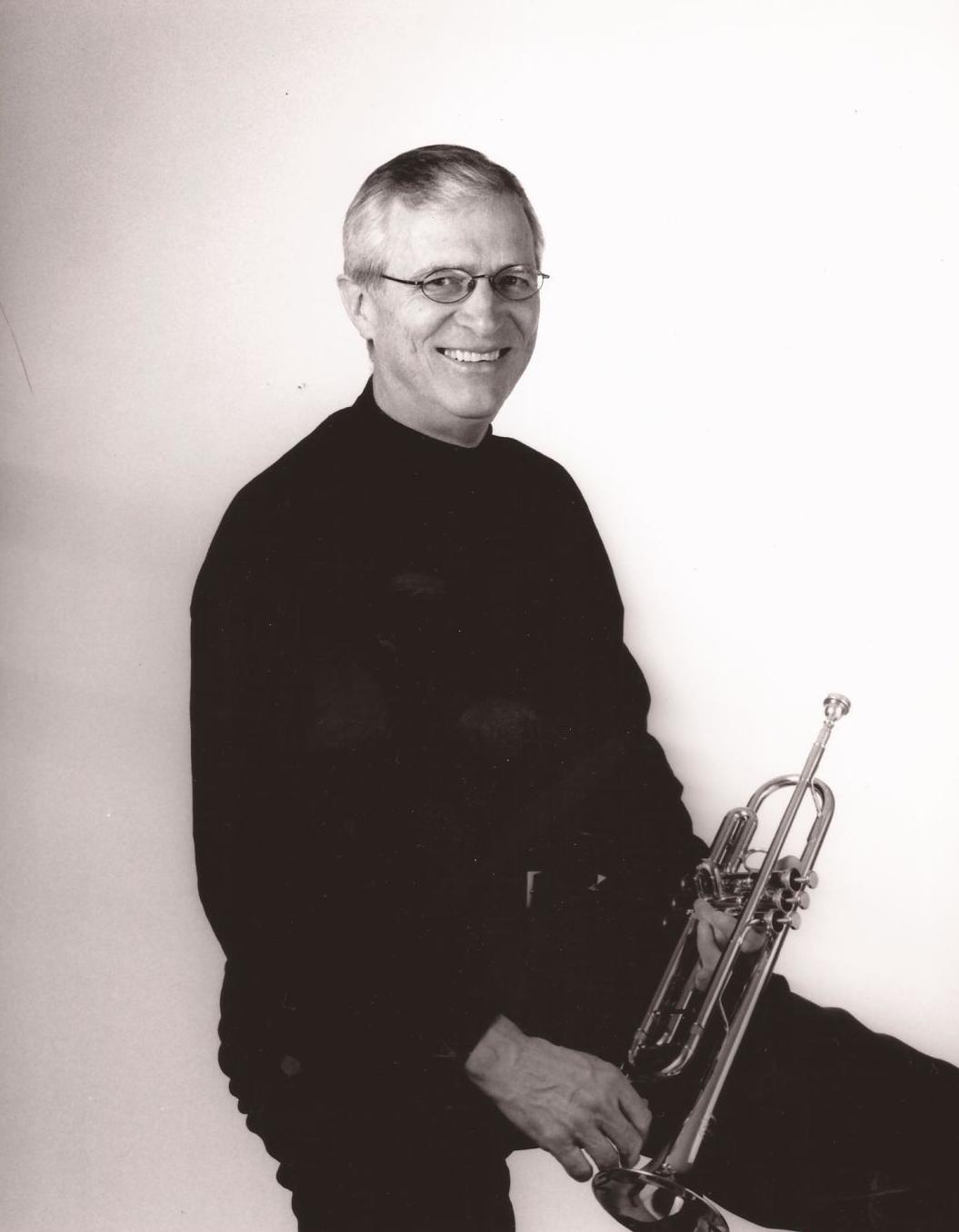 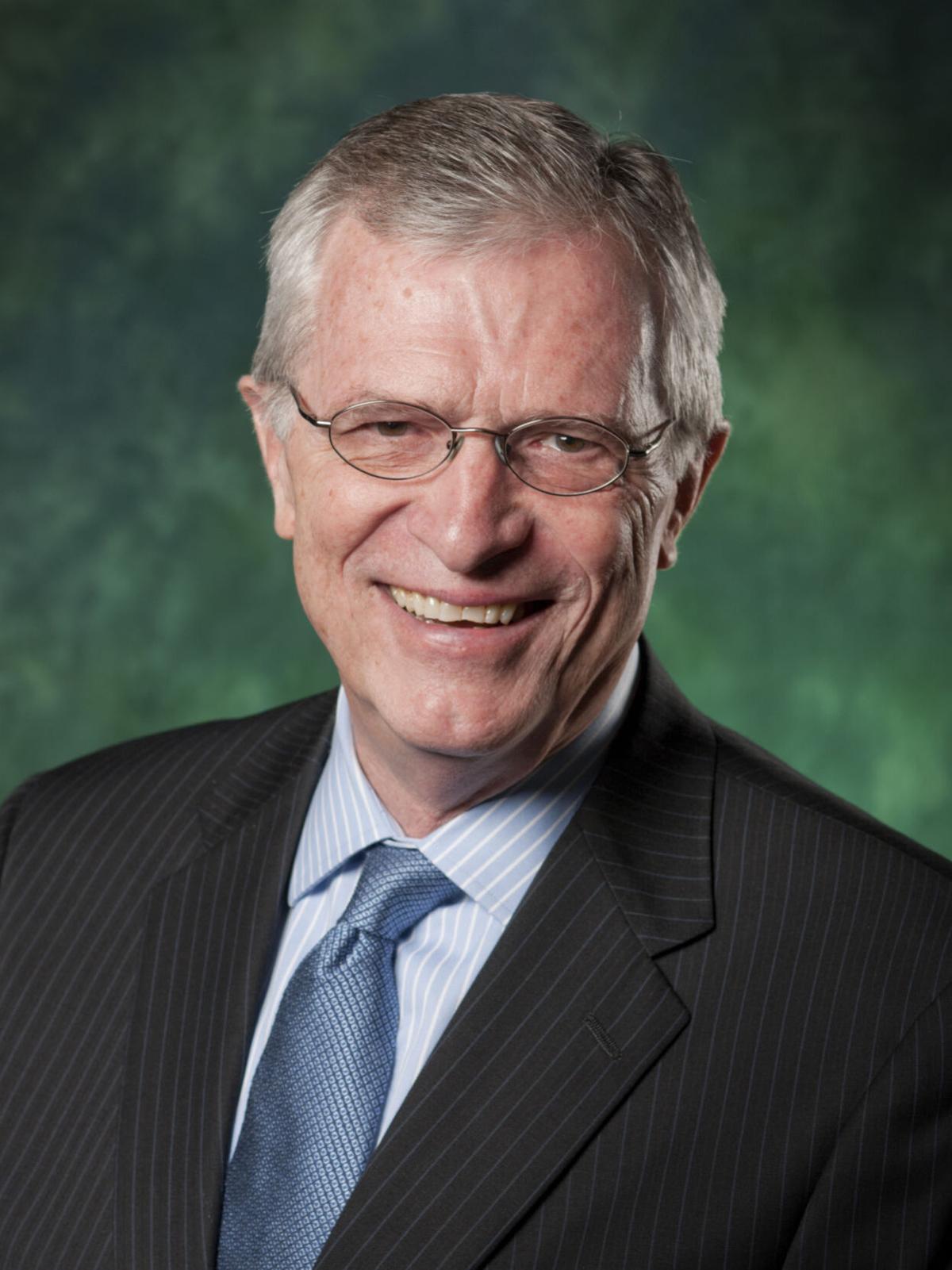 University of North Texas regents professor Keith Johnson, who led the College of Music trumpet studio, died July 31 as a result of COVID-19. He was 77.

Johnson, who built the university’s classical trumpet program over nearly 30 years, took over the program from the renowned John Haynie in 1986. Johnson had studied under Haynie as an undergraduate.

Cecile Johnson, his widow, said her husband’s death from COVID-19 came after a dementia diagnosis in 2015.

“It’s really so sad,” Cecile Johnson said. “He retired in 2014, and we went on a cruise. On that cruise, I could tell something was wrong. We got home, and he got the diagnosis of frontal lobe semantic dementia. That’s the irony. This was a man who played the trumpet. His lung capacity and function was great. And he was so smart, so erudite. His mind and his lungs, those two things failed him in the end.”

He had been living in a memory care center when he contracted the coronavirus, which eventually led to pneumonia and a perforated lung. Because of COVID-19 restrictions, Cecile Johnson said she and the couple’s children couldn’t be at his side at a local hospital.

There was a bright note in the darkness, though.

Before her retirement, Cecile Johnson spent much of her career building an award-winning and state-recognized choir program at Woodrow Wilson Elementary School in Denton.

“There was a nurse who’s a Woodrow Wilson mom who works on the ER floor there at Texas Health Presbyterian [Hospital Denton],” Cecile Johnson said. “She was able to reassure him for us, and I’m so thankful for that.”

Keith Johnson was born Aug. 25, 1942, in Center to Maxine Williams and Johnie Johnson. He was the oldest of three boys. He graduated from Center High School, then earned an advanced degree in trumpet performance from UNT and the University of Illinois.

Johnson performed with the Waterloo-Cedar Falls Symphony, the Dallas Opera, the Fort Worth Symphony, the New Hampshire Music Festival and the Sundance Brass Quintet.

He played baroque trumpet with the Dallas Bach Society, Fort Worth Early Music Consort, the Orchestra of New Spain, the Texas Baroque Trumpet Ensemble, the San Francisco Bach Choir and Orchestra, Texas Camerata and the New York Baroque Orchestra. He also performed with the symphony orchestras of Dallas, Shreveport, Kansas City and Cape Town, the Mexico City Philharmonic, the Mexico City Symphony, the Solistas de Mexico and the Orchestra of the Mineria Festival in Mexico City.

He presented clinics and recitals at more than 75 universities and conservatories throughout the United States, Canada, Mexico, Romania, Italy, England, the Netherlands, Australia, Brazil and South Africa, and was a featured clinician at the International Trumpet Guild Conferences on numerous occasions. He wrote two textbooks and a method book and published widely about trumpet pedagogy.

Raquel Samayoa, a UNT trumpet professor and the co-conductor of the UNT Brass Band, was Johnson’s pupil at UNT. She’s now leading the program her teacher built and said Johnson was an exceptional teacher, an artist and a deeply conscientious man.

“My first day at UNT was on Sept. 11, 2001, in the morning,” Samayoa said. “I remember, I called him and asked if we were still having our lesson. He said, ‘Yes, let’s have the lesson. We can’t let terrorists win.’ I was so distraught when I went into that lesson, and we ended up just talking. He listened. He was such a good man.”

Samayoa said she walked into Johnson’s office with her focus on one thing: having such a razor-sharp technique that every note she played would be right and her timing impeccable. Johnson revolutionized her approach to the instrument.

“As musicians, we can get pretty technical. But he was ahead of his time,” she said. “He taught his students to sit down and just breathe. Breathe through the instrument. For me, this completely changed my playing apparatus. It was really about the notes on the page. But he told us to ‘sing through the trumpet.’ My playing sounded easier. I had more resonance, more vibrancy to my tone.”

Samayoa said Johnson wasn’t much for self-promotion, even with so many students playing in major ensembles, symphonies and military bands. And then there were the teachers who took Johnson’s instruction into high schools and colleges, evangelizing his belief that balanced performances made the trumpet a complex and poetic instrument.

Cecile Johnson called her husband a thoughtful Christian who loved the family’s church, St. Barnabas Episcopal Church in Denton. He and Cecile adopted two children: Andrea Johnson Bustos, who lives in Denton; and Stephen, who lives with his family in San Antonio.

Because of COVID-19 restrictions on large gatherings, the Johnson family plans to host a requiem Mass and memorial service to commit his remains in the columbarium at St. Barnabas Episcopal Church at a later date. UNT plans to host a concert and banquet in his honor after restrictions are lifted.

Johnson is survived by his wife, their children, one grandchild and two brothers.