Denton ISD employees have been unable to contact 777 students in the month after campuses shut down following spring break.

That’s about 2.5% of students in a district with just over 31,000 students to account for.

Administrators collected that information by April 17 and brought it to school board members during Tuesday evening’s meeting.

Those students’ academic future seems to be uncertain with less than a month left in the altered school year.

The COVID-19 pandemic led to campus closures, translating into countless obstacles for educators across the state — one of which is the added difficulty of contacting students while trying to teach them remotely.

Denton ISD campuses closed on March 16, the first day students were originally scheduled to return to class after spring break. 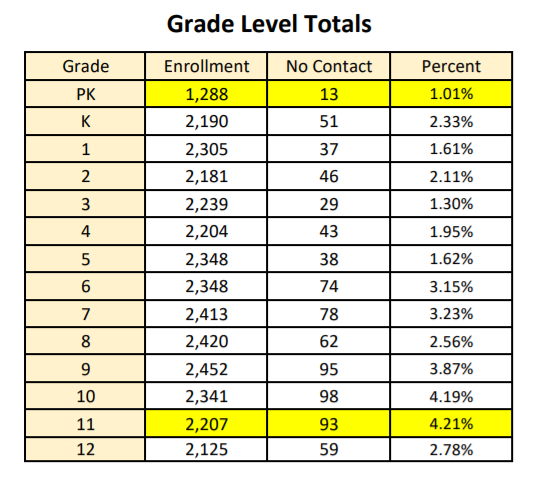 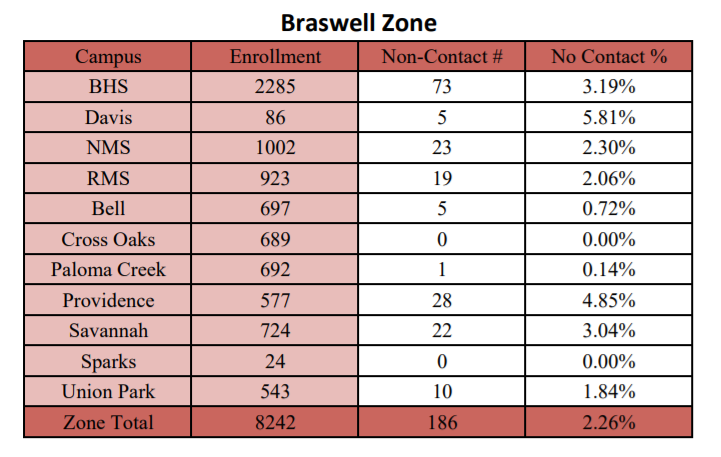 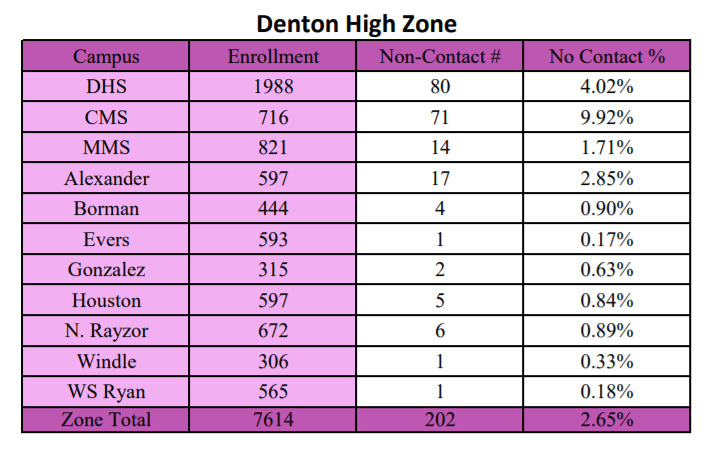 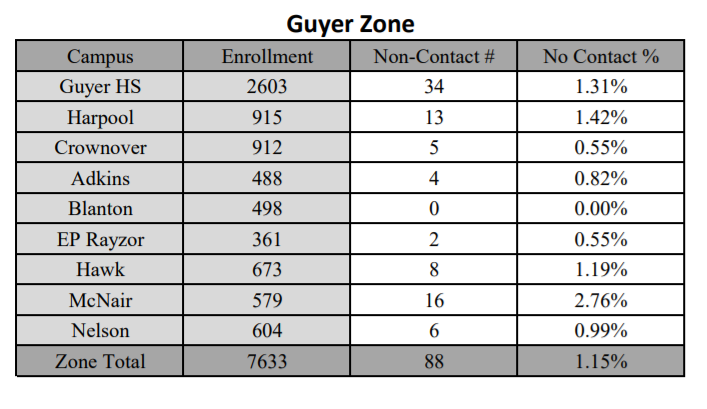 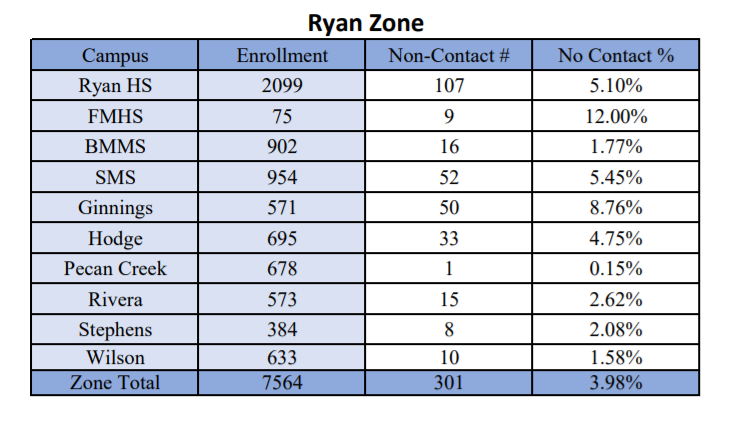 The highest concentration of unaccounted-for students comes from the Ryan High School zone — which includes Ryan High, its surrounding feeder schools and other campuses in that area — amounting to 4% of the area enrollment unaccounted for. That equates to 301 students.

Fred Moore High School, an alternative high school located in the Ryan High zone, has the highest percentage of unaccounted-for students, at 12%; however, the school has a total enrollment of only 75 students.

Calhoun Middle School, in the Denton High School zone, had the highest percentage of unaccounted-for students among traditional campuses with 71 — 9.9% of the campus’s enrollment.

By grade level, high school sophomores made up the largest chunk of missing students at 98 students, with juniors just behind them at 93. Denton ISD has more sophomores than juniors, meaning a higher portion of juniors are unaccounted for.

Students enrolled in pre-K programs made up the most accounted-for group by grade level.

Following an announcement earlier this month, many students in the district will be graded on a modified pass/fail system.

High school and middle school students will be given one of three determinations: pass/showing progress, fail or missing.

Angela Ricks, director of student support services for Denton ISD, told board members principals had used a variety of tactics to get in touch with families they hadn’t heard from.

Tactics ranged from messaging students through digital learning apps, reaching out through social media, calling families directly and even sending a pizza delivery to students’ homes with an attached note asking how they’re doing.

Since the data was first compiled on April 17, campuses have heard from dozens more students.

Those most at risk of dropping out made up one of the groups with a higher percentage of unaccounted for students. Even with the district’s large-scale distribution of Chromebooks, internet connectivity remained a significant hurdle for getting students caught up with missed school work.

Superintendent Jamie Wilson said the district has 1,000 mobile internet hot spots set to be delivered by June 1, and Denton ISD is in line to get another 1,000 in time for the beginning of the 2020-21 school year.