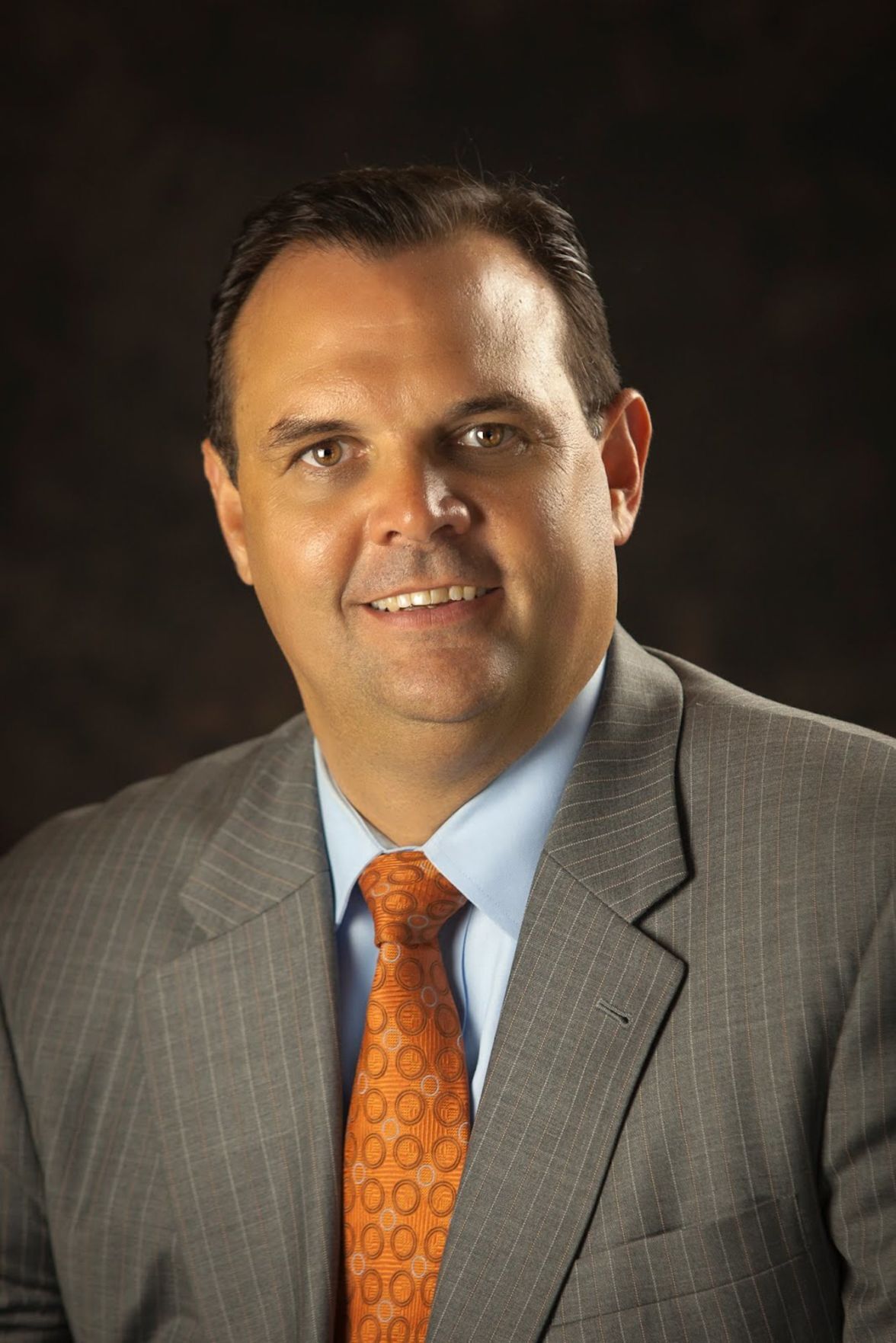 Denton ISD was able to avoid some of the skyrocketing construction costs plaguing others by buying earlier in the pandemic, according to Superintendent Jamie Wilson’s Wednesday presentation to the Denton Chamber of Commerce.

Wilson covered a lot of ground in his presentation.

Here are three takeaways from his hour with the chamber Wednesday.

Massive building projects aside, Wilson said Denton ISD was able to avoid the brunt of the stark increase in the cost of building materials we’ve seen over the past several months.

Additionally, the district was able to keep construction projects going throughout the pandemic with no shortage of workers.

The only significant projects not accounted for already are the eventual costs when the current Denton High is torn down and rebuilt to house Calhoun Middle School after students head to the new high school for the 2022-23 school year, as well as the district’s next elementary school, Sandbrock Ranch.

The meat of Wilson’s presentation was focused on Denton ISD’s partnership with the chamber surrounding bills filed with the state Legislature that might harm the district.

Not all district priorities in this area were fully realized in this legislative session, Wilson said, but there’s only so much that can be done.

“Some of these things are playing a lot of defense on,” he explained. “There’s not a lot of offense.”

One such bill would have removed obstacles for the construction of public charter schools and made the process for approving new charters easier.

Denton ISD officials, as well as those from other public school districts, have long railed against discrepancies in how the state treats traditional school districts and how it treats charter schools.

The crux of the argument typically relates to how charter schools are funded through taxpayer dollars but don’t have any publicly elected oversight.

Now seemingly dead for this session, one particular bill would have enabled charter schools to build campuses without adhering to zoning laws and local building codes that public school districts have to wrangle with.

Another portion of the bill would strip the State Board of Education of its power to veto new charter school applications.

At this point, Wilson said, prospective charters must apply through the Texas Education Agency before being approved by TEA Commissioner Mike Morath. The state board, the only publicly elected group with power in the process, would then be able to nix the idea if it so chose.

“So we found that to be troublesome,” Wilson said.

Denton ISD testified before the Senate several times in opposition to the bill and “really made a big dent in [the bill] throughout the session,” he said.

Another troublesome bill for the district would have barred school districts and municipalities from paying into taxpayer-funded lobbying from nonprofits. That would mean the district wouldn’t be kept in the loop on pending legislation by the Texas Association of School Boards.

That bill was left to die earlier this year.

Chamber of Commerce members were particularly interested Wednesday in Denton ISD’s plans to open the Advanced Technology Complex to full-day students and its plans to operate an all-online virtual academy for students who want to keep learning remotely come fall.

Students will soon be able to attend the ATC for the entire school day instead of moving between the complex and a home campus. The option would be available for students not otherwise connected to their home high school campus through athletics, clubs or fine arts.

Instead, they would be pursuing their chosen trade at the ATC while taking required classes on the same campus.

It would be a dedicated campus with its own teachers, and students wouldn’t be able to easily move between remote and in-person classes the way they’ve been able to during the 2020-21 school year.