Former Krum ISD Superintendent Cody Carroll is now employed in the top job in Holliday ISD, and it’s unclear when a true successor will be determined.

He was the sole finalist for the job in Holliday, near Wichita Falls, in early June after a brief stint as superintendent emeritus for Krum ISD.

Carroll was to be paid a lump sum of his remaining contract and benefits as if he had worked through Jan. 31, 2021, according to his voluntary retirement agreement with Krum ISD.

He served in an advisory role for Krum ISD for roughly one day as superintendent emeritus before former top educator Mike Davis took over as interim superintendent on June 1.

“In his position as Superintendent Emeritus and in order to ensure a smooth transition of leadership, Carroll will serve as an advisor to the new superintendent, reporting directly to the board,” according to his resignation agreement.

The arrangement was worked into the men’s contracts, which were obtained by the Denton Record-Chronicle through public information requests. 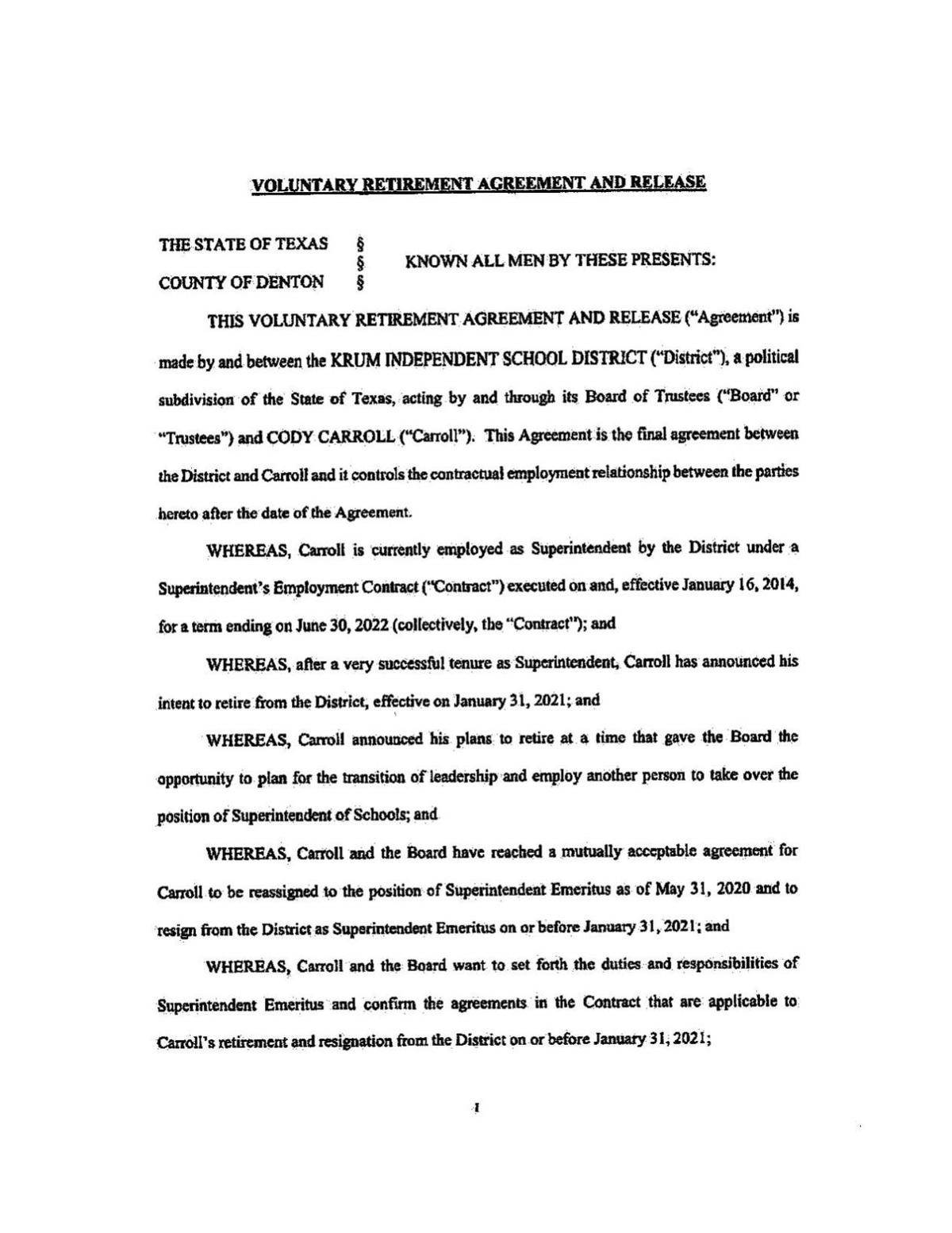 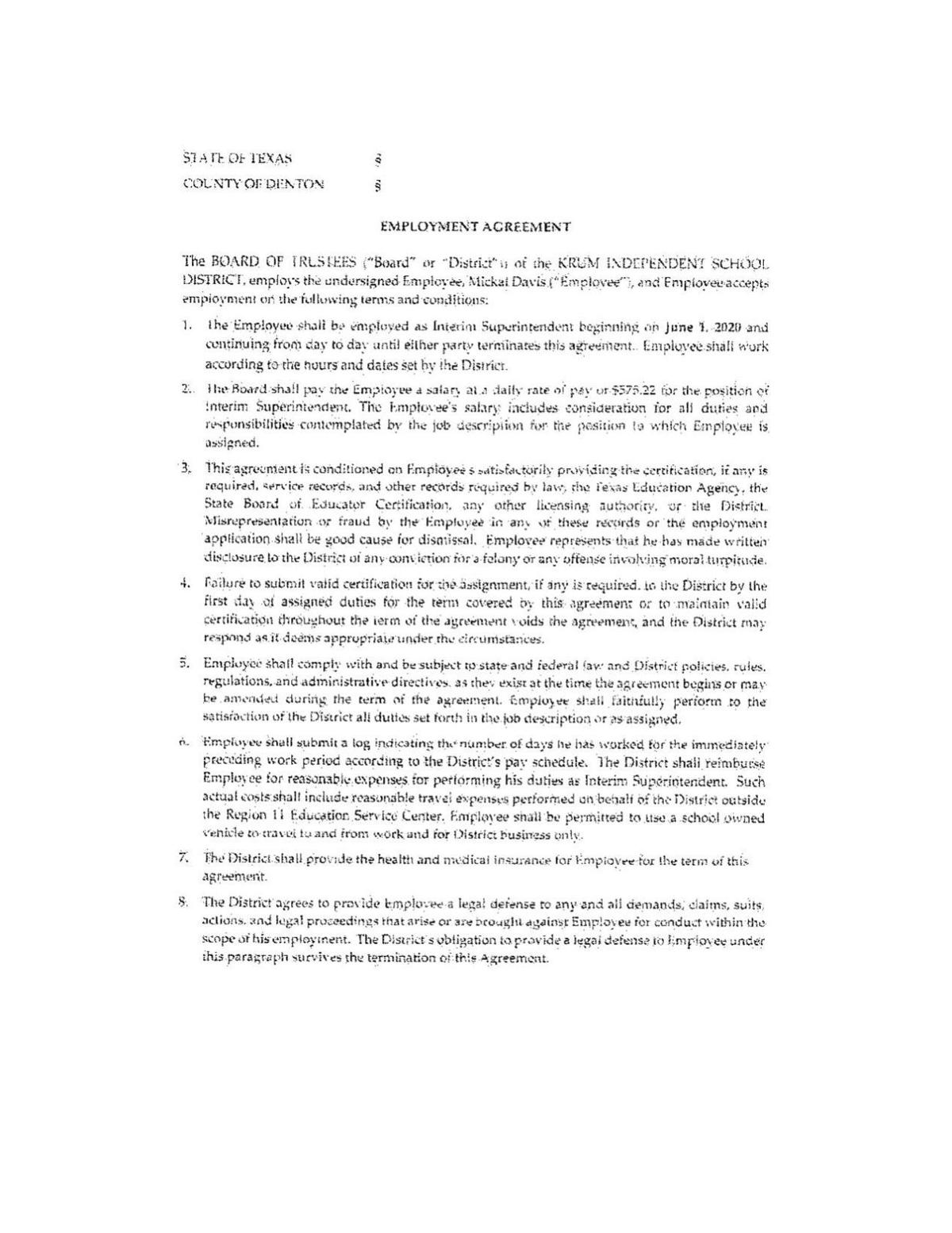 The move was meant to give Krum ISD time to search for an interim superintendent if it was needed. Davis is expected to fill the role temporarily until the school board decides on a new top educator.

Board members are scheduled to discuss the superintendent search during closed session of Wednesday’s board meeting, meaning the public will not be able to listen in on deliberations. Any business to come out of those talks must be voted on publicly.

Reached by phone Monday afternoon, Davis said the search for a new superintendent is based on what school board members want. He said board members essentially would have to decide whether they want to hire somebody by January or wait until July 2021.

He guessed board members would opt for the latter to give them more time to search and interview, but, he said, “I can’t make the choices for the board.”

Davis is signed on to draw a daily rate that translates to nearly $150,000 a year. He also receives health insurance, according to his employment agreement.

Davis worked in the district’s top job from 2008 until he retired in 2013, at which point then-Assistant Superintendent Cody Carroll took over as interim.

Carroll was given the superintendent’s office about three months later, in April 2013.