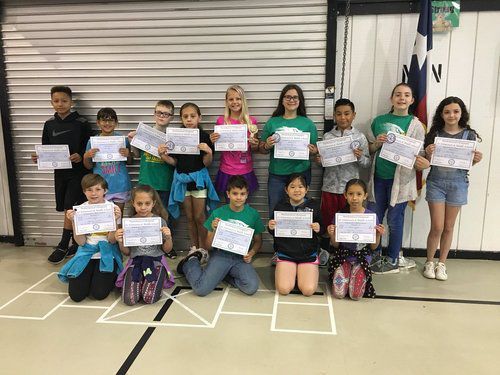 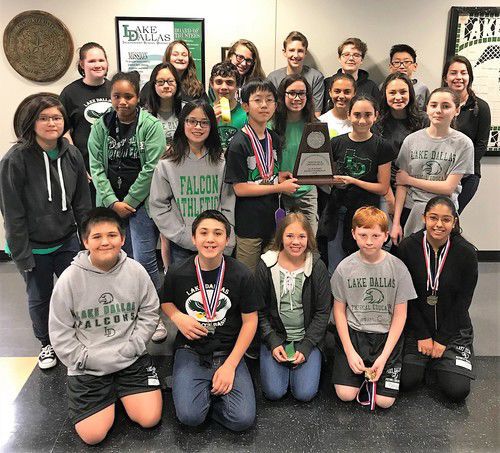 The Texas High School Coaches Association announced its academic all-state award winners late last week, and 16 Denton-area student-athletes were honored for their efforts in the classroom this year.

To be nominated for an academic all-state award, students must be in good standing with their team, of good moral character and a senior and must have an overall grade-point average of 92 or above.

Three Denton County high school seniors each received a $2,000 scholarship from the North Texas State Fair Association for their outstanding leadership qualities and their love of agriculture.

Krum High School valedictorian Abby Wimmer won the North Texas State Fair Association Scholarship and has been involved in FFA for nine years. She will attend Texas A&M University and major in biomedical sciences with a minor in Spanish.

Sterling Pieniazek, a salutatorian at Krum, took the Bob C. Powers Scholarship and has been involved with FFA, 4-H and Family, Career and Community Leaders of America for eight years. She will attend Texas A&M to major in animal science with a minor in business.

Sanger High School senior David Wright won the Robert Bell Trade and Vocational Scholarship and has been involved with FFA and 4-H for six years. He will attend Weber State University in Utah to major in manufacturing engineering technology with an emphasis on welding.

The Duke University Talent Identification Program will honor Liam Mason, a seventh-grader at Immaculate Conception Catholic School, later this month for his exceptional performance on the ACT exam.

To qualify for Duke TIP, students must score in at least the 95th percentile on a standardized test that matches their grade level.

Once selected, the students take the SAT or ACT exams usually taken by juniors in high school.

Mason scored in the highest percentile on the exam and will be recognized at a ceremony May 17 at the University of North Texas.

He is also eligible for scholarships, college preparatory materials and educational programs on the Duke campus in Durham, N.C.

■ Naomi Kitamura — fourth in spelling; second in number sense; and third in listening.

■ Abrielle Schropp — fourth in spelling; fourth in social studies; and second in science.

The Lewisville Area Retired School Personnel Association will meet at 11:30 a.m. May 17 at the Bolin Center, 1565 W. Main St.

The event will be the last meeting for the 2017-18 school year, and new officers will be installed. Salerno’s will cater the event and members must make reservations by Saturday. Tickets cost $10.

The group will collect new and gently used books for the Children’s Book Project and nonperishable food items for a local food bank. Light refreshments and door prizes will be provided.

Students in the Liberty Christian High School band and choir went home with state titles during the Texas Association of Private and Parochial Schools contests in March and April.

Choir students competed individually and in small groups at the Solo and Ensemble contest in March at the University of Texas at Arlington. Nearly 40 students earned 94 first-division medals.

The band topped the rankings after their solo and ensemble contest performance in March in Austin. In the second-round concert and sight-reading contest, the group received perfect scores in both divisions and took home a sweepstakes award. This is the fifth time in seven years that the band has taken the state title.