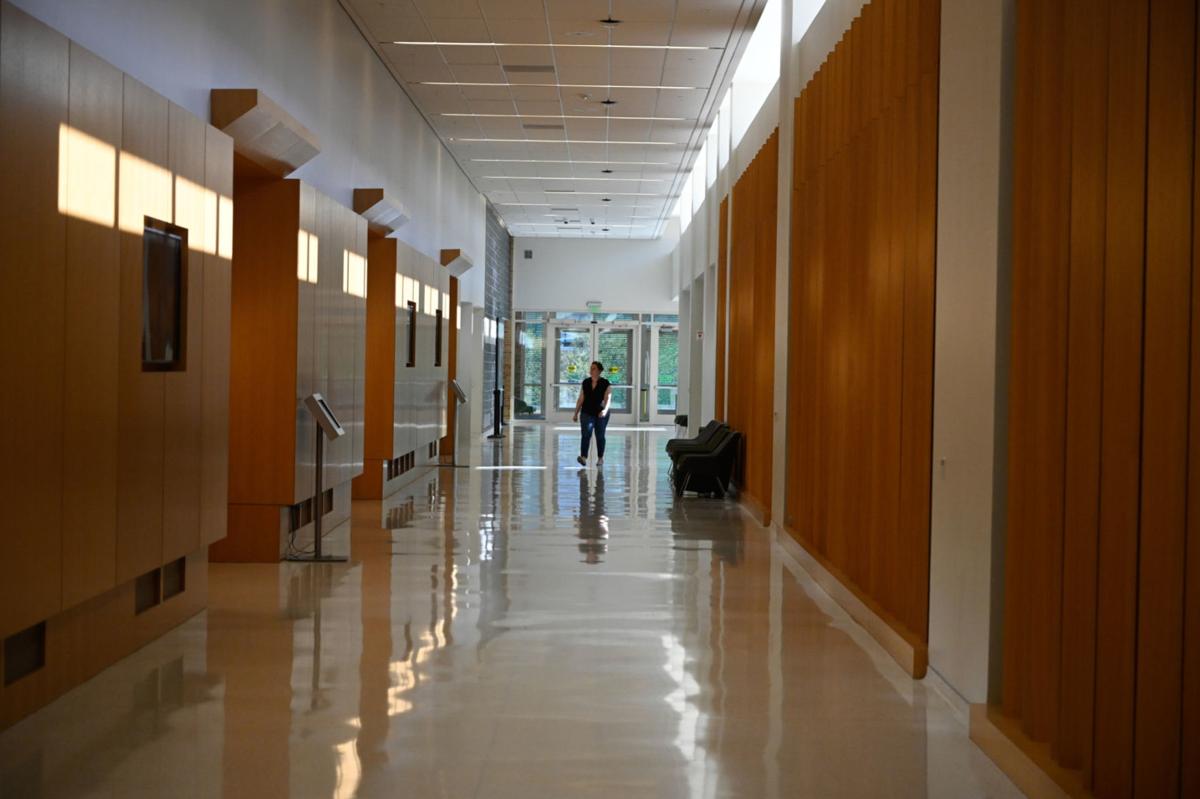 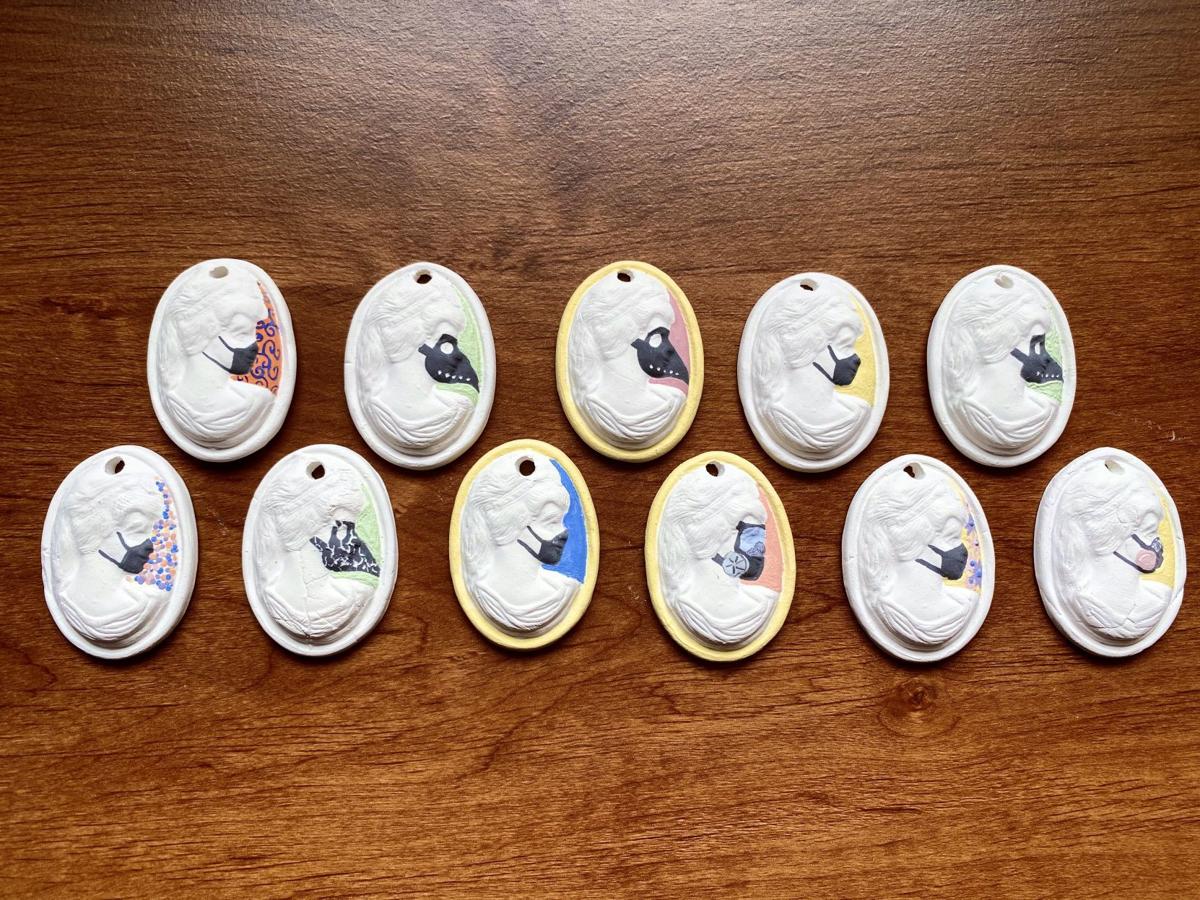 Then COVID-19 spread across the globe to North Texas.

Her plans have become murkier over the past weeks as her classes at the University of North Texas moved online, and fears of the global pandemic have canceled or postponed countless events the world over.

“Luckily, I don’t graduate until December, so my panic-mode was not quite as bad as it could have been,” Stephens said Friday afternoon.

Stephens, 32, has been doing her best to finish up her classes online so she can graduate on schedule. Then, she hopes the academy’s session would begin sometime in the spring.

She lives in Gainesville, which isn’t under all the restrictions facing Denton County residents. Regardless, she finds the reduced structure in her life the most difficult thing to cope with.

“I can’t drop my kid off at school and go to school anymore,” she said.

Instead, she does her best to complete online labs, join in on video conference calls with instructors and students, and keep an eighth grader occupied.

Students across the country are scrambling to meet shifting demands during a global pandemic while schools are working to ensure those same students aren’t left behind.

As of Friday afternoon, Denton County had 134 reported cases of COVID-19. UNT and Texas Woman’s University began shutting down campuses and moving classes online over the past couple weeks. Both state and county officials have taken action since then to limit travel outside the home as much as possible.

Jennifer Cowley, provost and vice president over academic affairs at UNT, said nearly all classes had moved online. The only caveat: Some internships and field placements have continued operating based upon each student’s personal situation.

A spokesman for TWU said the “overwhelming majority” of classes had moved online. Classes that couldn’t make the switch were placed on hold as the university awaits guidance from accrediting bodies.

It’s easy enough to imagine an economics lecture or math seminar conducted through a webcam, but classes that require experimentation and hands-on learning are among the subset that don’t make the transition as easily.

Vagner Whitehead, chair over visual arts at TWU, said teaching online isn’t the real problem for his department — it’s finding a way to move a university workshop into students’ homes.

He’s found great ingenuity in teachers and students alike. He mentioned a student sculptor working with cardboard around the house instead of wood or other materials. Teachers walking students through mold making have turned to ice and other home goods instead of melted iron to produce their art. Artists practicing figure drawing have taken to themselves, pets, dolls or anything else with a human likeness.

Understandably, he said photography students are having some of the toughest times transitioning.

When all is said and done, he hopes to see innovations in students’ artistic process.

“I expect to see breakthroughs for people who are restrained by the notion of what art should be,” he said.

As more pieces emerge from coronavirus-induced quarantine, Whitehead hopes to have a virtual gallery put up on social media to show how students were able to reflect the times they’re living through.

Back in Gainesville, Stephens has been able to watch recordings of instructors walk through experiments, but she’s felt there’s something missing: the chance of a misstep.

“We’re just missing out on the experience of, well, maybe failing it,” Stephens said.

At TWU, Juliet Spencer has been managing professors and students making similar drastic changes to their lives. Spencer is both a professor in and chair of the university’s biology department.

Speaking about the importance of failure, she echoed Stephens’ critique of online learning in science. It’s just not always possible to learn from failure when clicking through interactive lessons or slideshows from one’s home.

As a microbiologist and virologist, Spencer has spent many years researching how viruses evolve, infect and manipulate the human immune system. She said it’s been fascinating to see the world held hostage by a teeny speck invisible to the naked eye.

While the set up is less than ideal, she’s been impressed by how quickly students and teachers alike have been able to make the switch to an all virtual model.

Looking ahead to a time when we can all leave the house without the threat of a global pandemic hanging over our heads, Spencer said she hopes we emerge with increased hygiene practices. As for the type of world we’ll break out into, she couldn’t say for sure.

“Is this the new normal?” she asked. “I really hope not.”

Having spent larger sections of her days with a 14-year-old climbing the walls while she works from home, she said she hopes Generation Z doesn’t end up with a reduced importance for human connection when travel bans are eventually lifted.

Overall, she’s happy with the way the National Institute of Allergy and Infectious Diseases and its director, Anthony Fauci, have communicated with Americans. Fauci has served as the institute’s director since 1984, and he currently sits on the White House Coronavirus Task Force. According to the NIAID website, Fauci has advised past presidents on the HIV/AIDS epidemic and other health issues.

“When in doubt, do what [Anthony] Fauci says and not some strange internet site,” Spencer said.