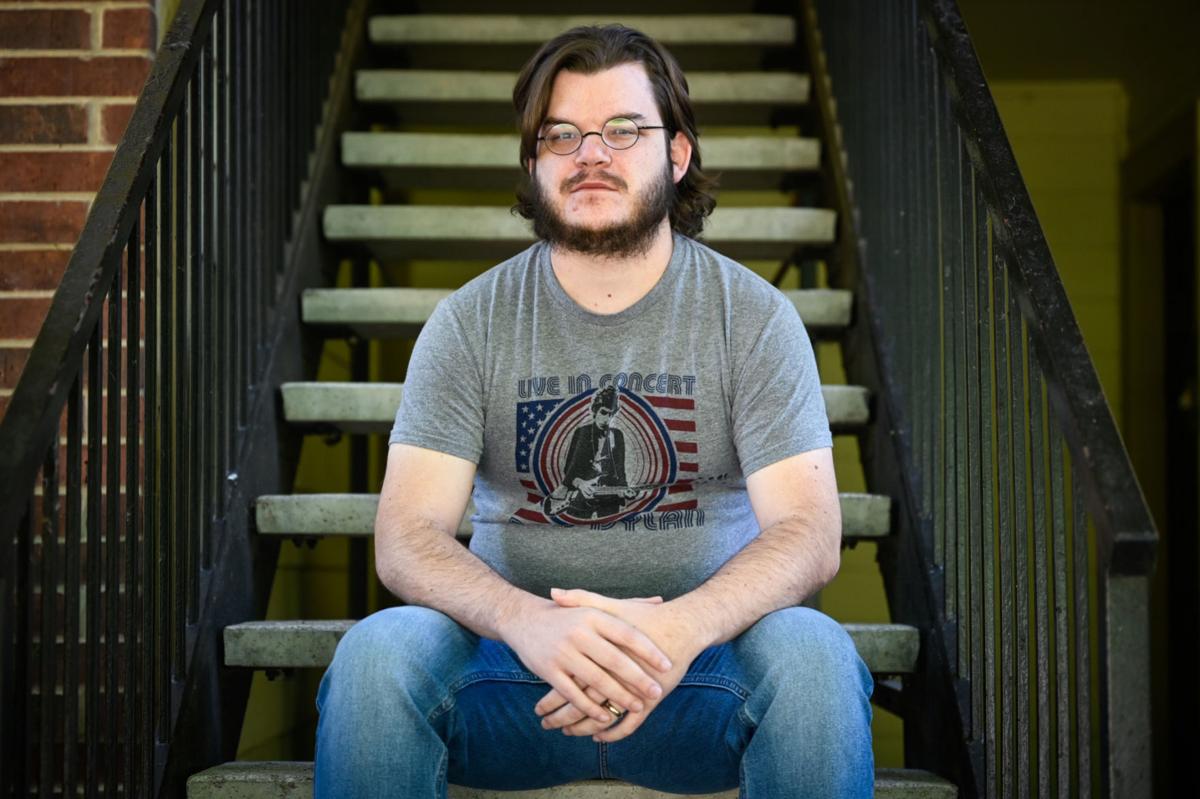 Resident Ben Smith rents his apartment at McKinney Park Apartment Homes. He and his wife were lucky enough to keep their jobs amid the COVID-10 pandemic and can make their rent, but he worries for his neighbors who may be less fortunate. 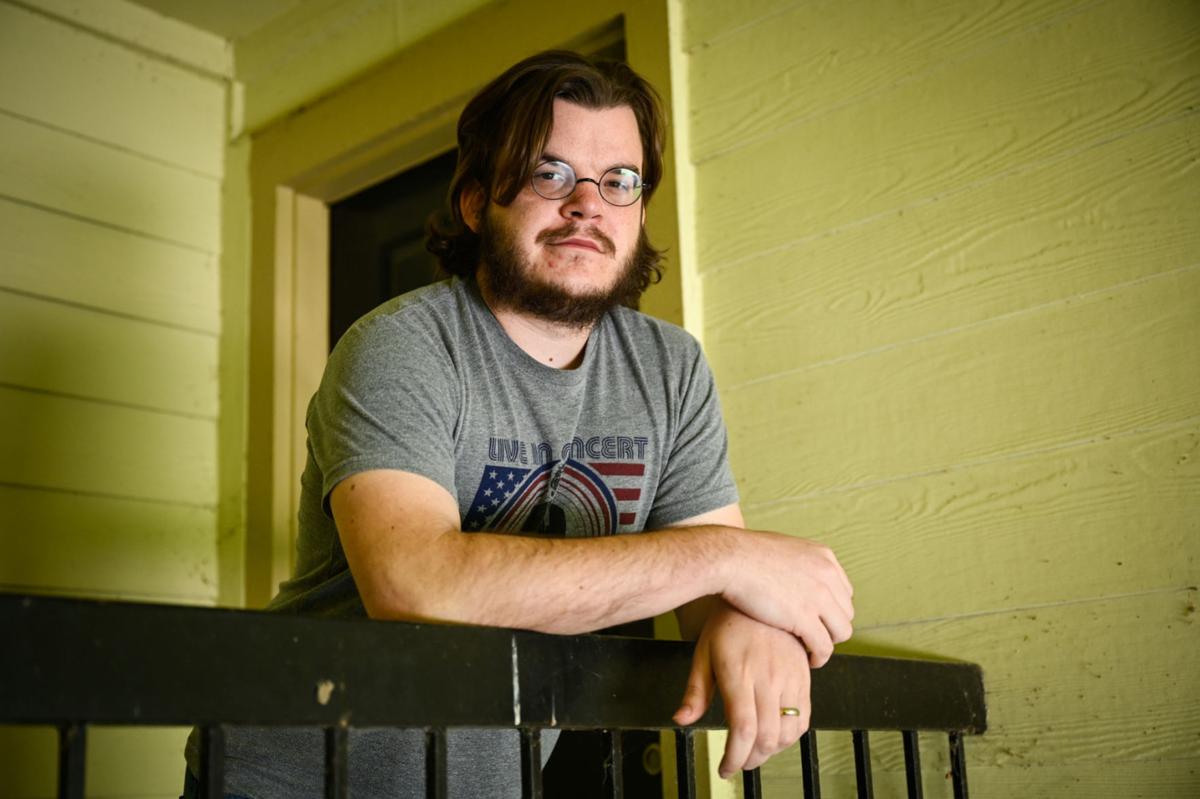 Resident Ben Smith rents his apartment at McKinney Park Apartment Homes. He and his wife were lucky enough to keep their jobs amid the COVID-10 pandemic and can make their rent, but he worries for his neighbors who may be less fortunate.

Ben Smith feels like one of the lucky ones.

The instructional designer and his wife both retained jobs amid the coronavirus pandemic and could make this month’s rent at the McKinney Park Apartments in Denton. But Smith said he still worries about his less fortunate neighbors.

Last month, the property management company that manages Smith’s complex, American Equity, sent a notice demanding April’s rent in full. Smith said he was taken aback by the letter, which reminded tenants of their “personal responsibility” to pay rent on time.

“This is the time that people should be pulling together and helping their neighbor, not trying to profit as much as possible off of the suffering of other people,” Smith said.

Since the coronavirus pandemic hit Texas, recently unemployed tenants have been scrambling to find the money for rent. Those who are able to scrape by this month may not be so lucky the next.

Last week, American Equity softened its stance and announced it would work with tenants whose livelihood was damaged by the pandemic, Smith said. Company representatives did not respond to requests for comment.

The Texas Supreme Court on Monday extended the state’s eviction moratorium to May 18, further staving off eviction trials and hearings. Landlords can still file evictions, however, which will be processed once the court’s order expires.

As such, attorney Evan Stone, who specializes in landlord-tenant law, said renter-heavy Denton will likely soon see a “deluge of eviction cases.”

Last month, Gov. Greg Abbott announced that $11.3 million in aid, called “Texas Based Rental Assistance,” will benefit qualified renters. TBRA administrators are tasked with disbursing the funds, but neither Denton nor Denton County currently have a TBRA provider.

Many tenants nationwide were able to pay rent after receiving their $1,200 stimulus checks. Still, North Texas Fair Housing Center coordinator Dewey Marshall is concerned vulnerable renters will “slip through the cracks” after the stimulus aid dries up.

Over the past few weeks, Marshall said he has seen an upsurge in discrimination cases against tenants who are considered high risk, like people with disabilities. Not only that, but many landlords have issued notices to vacate to undocumented renters and to immigrants who don’t speak English.

“A lot of people don’t know the process and don’t really know what to do right now,” Marshall said. “So we’ve seen a lot of questions — even from landlords — about what they should be doing.”

That means renters living in covered homes will be protected from certain penalties until Aug. 23, according to The Texas Tribune. Tenants can check a database created by the National Low Income Housing Coalition to see if the federal moratorium applies to where they live.

Attorney Farwah Raza said that some North Texas landlords covered by the CARES Act are still filing evictions, however. Denton County had over 20 such cases filed, while neighboring counties had no more than three. Most of the offenses occurred in Lewisville thanks to one “bad actor” landlord, whereas the city of Denton had none.

Some local property owners are willing to help recently unemployed renters, though.

Small-time landlord Linda Hall said last month she only had to work with one household that couldn’t pay rent in full. She had some trouble filling vacancies over the last two months, but Hall said business has picked up as people return to work.

Local Realtor Barbara Russell said she’s had no problems with renters over the past month and expects May to unfold similarly. Russell added her property management company is open to helping hard-hit tenants — as long as they convey their needs.

“We’re small-time, and we’re prepared to work with our tenants, but they have to talk to us,” Russell said. “If they don’t communicate, understanding doesn’t come real easy.”

Even renters who once feared eviction have seen their fortunes improve. In March, the Denton Record-Chronicle spoke with two local tenants about their struggles with their respective property management companies.

After losing her three service industry jobs, Azlyn Vaughn said she filed for unemployment. She now receives a robust amount in aid and was able to pay the remainder of her lease at the Forum at Denton Station.

She’s now looking to move into a new apartment — one that isn’t owned by the Forum’s parent company, Campus Advantage.

“The way Campus Advantage treated [my roommates and me], I don’t think any of us are going to be renewing our leases,” she said.

After dealing with financial losses last month, tenant James Crane and his fiancee both receive a steady income. Although they had already signed a renewal lease with their property management company, Adami & Associates, Crane said he won’t be doing so again.

In the future, Crane said he plans to ask prospective landlords how they treated their tenants during the coronavirus crisis.

“I refuse now at this point, at 40, to do business with anybody who took advantage improperly during this pandemic,” he said.