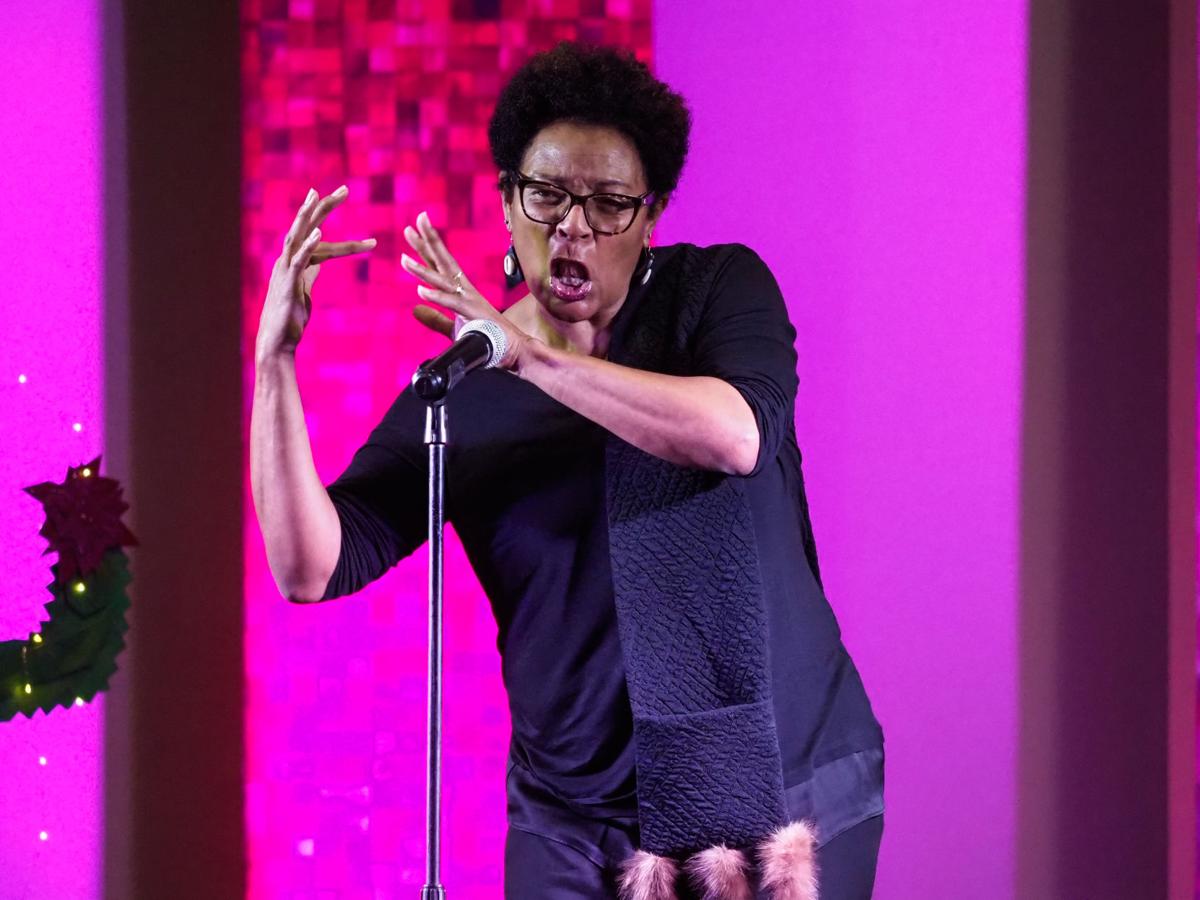 Kathy Culmer tells a tale to the crowd during the 2020 Texas Storytelling Festival, which saw in-person events canceled midway through the festival as the coronavirus spread through the area. 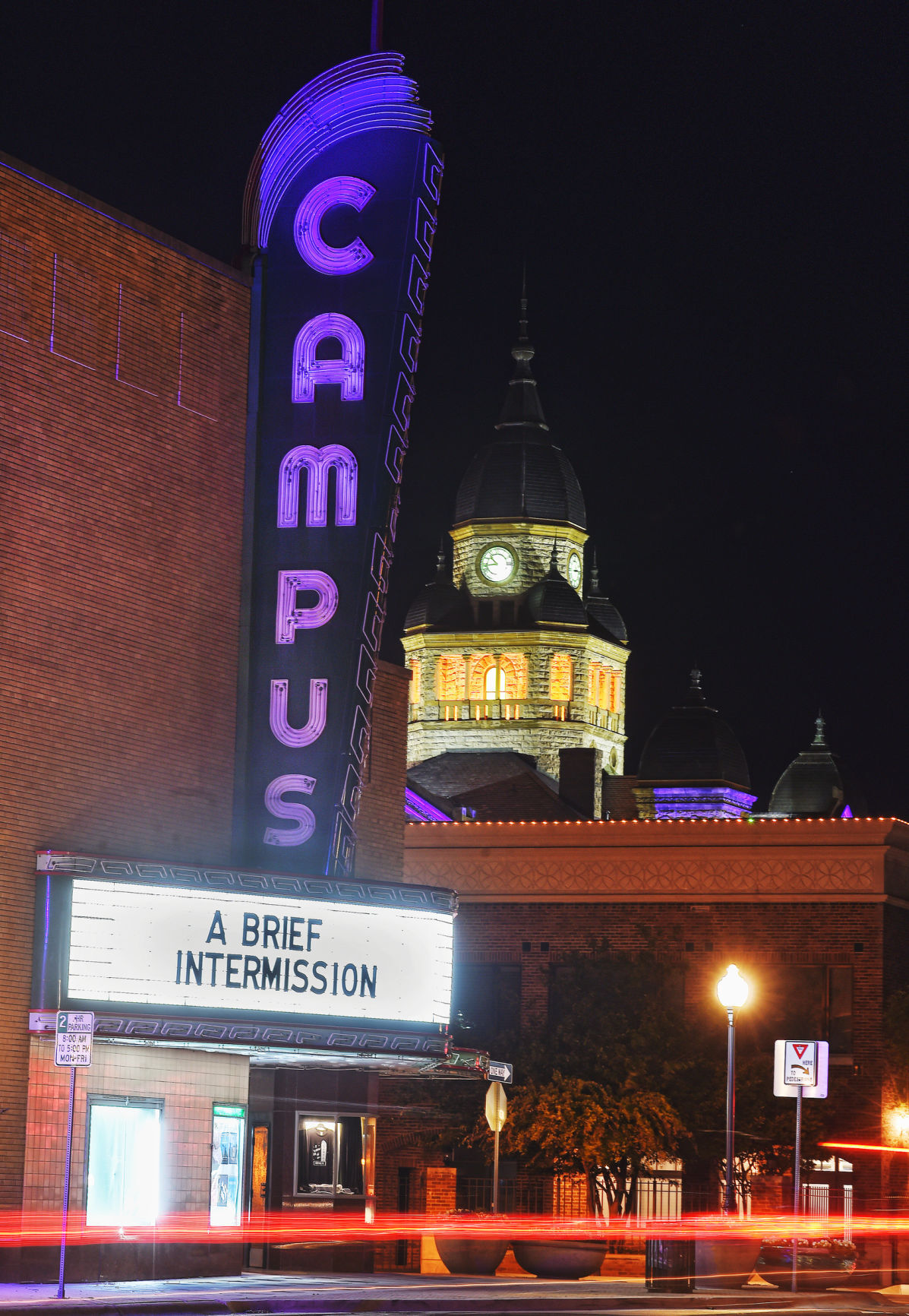 A “Brief” message is displayed on the marquee of the Campus Theatre April 13, 2020, in downtown Denton. Theatre Denton shut the building’s doors amid the beginning of the coronavirus pandemic. The company changed its programming from live theater to virtual events for the rest of 2020. 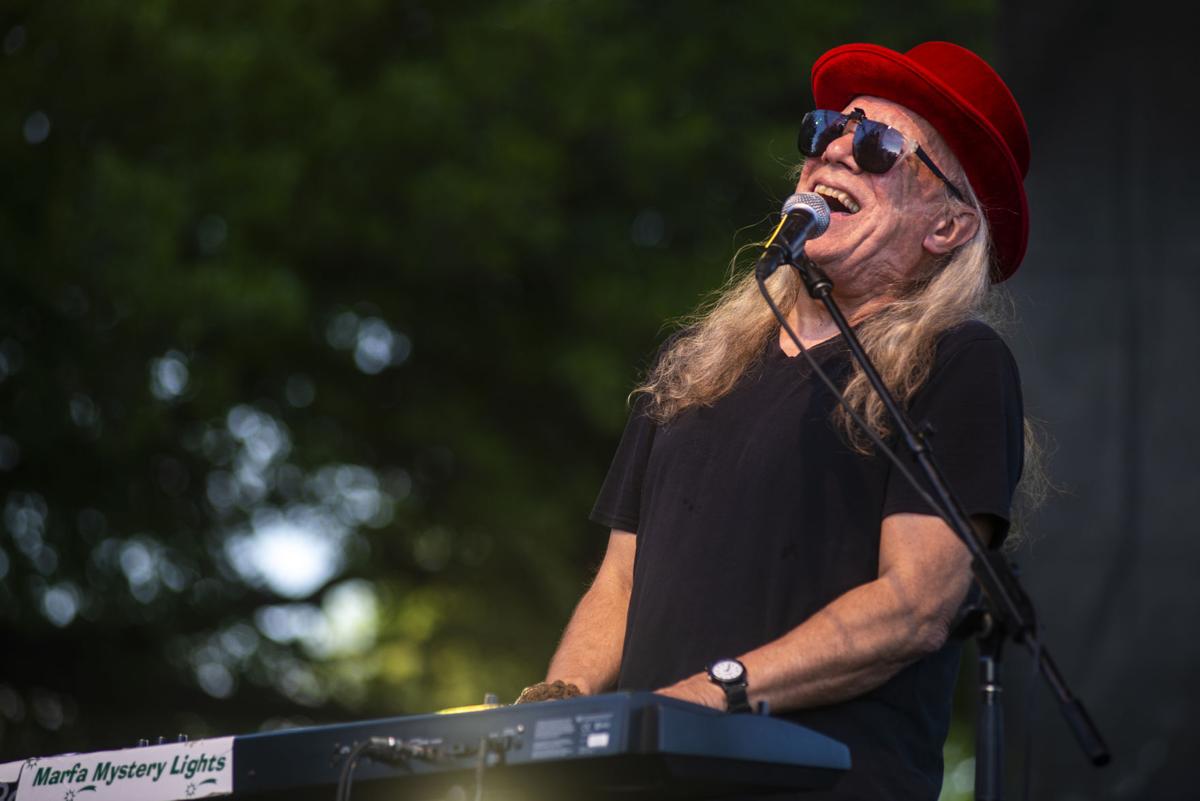 Kathy Culmer tells a tale to the crowd during the 2020 Texas Storytelling Festival, which saw in-person events canceled midway through the festival as the coronavirus spread through the area.

A “Brief” message is displayed on the marquee of the Campus Theatre April 13, 2020, in downtown Denton. Theatre Denton shut the building’s doors amid the beginning of the coronavirus pandemic. The company changed its programming from live theater to virtual events for the rest of 2020.

Denton’s performing and visual arts community had to hit a hard reset on their seasons and exhibitions when COVID-19 came to town.

Theatre Denton shut the doors of the Campus Theatre two weeks before local emergency declarations forced businesses and schools to reduce capacity or close a year ago. But like theater companies across the country, the theater is hard-pressed to succeed if actors can’t safely perform on stage and audiences can’t gather.

Theatre Denton employs four full-time staff members and three part-time workers, and Barrow said the company wanted to retain each of them and offer them a safe workplace. The company was approved for two rounds of Paycheck Protection Program.

The company changed its programming from live theater to virtual events during 2020. Barrow said he and his staff kept their eyes fixed on the positive as much as possible.

“The fortunate thing, if you want to look at the fortunate side of this — and I know it’s hard to see it in all this — it was that everyone was in the same boat,” Barrow said. “So I think people were more in tune more than ever, especially with nonprofits. We were all dealing with just the challenge we had to meet to keep some semblance of a business operation going.”

At the same time, Barrow said, an additional challenge was “to stay relevant with everybody.”

The company did that by offering streaming events, especially around the holidays.

Kyla Welch, the communications and marketing director of the theater, said the company did take advantage of the closure to tackle “our wish list.”

The Campus Theatre reopened in 1995 as a performing arts venue, after having been a downtown cinema from 1949 through the next several decades. The space hasn’t been updated since 1995.

“We were looking at some old, beat up carpet,” Welch said. “We had had it stretched where it had buckled and cleaned it over and over through the years. The carpet cleaning people finally got to the point where they said, ‘We can’t do it anymore.’”

With 10-12 shows happening each season, Barrow said it was nearly impossible to find a week to close the building for painting and to lay new carpeting. So when the pandemic closed just about everything down, the staff took advantage of the time.

“We used the Genie Lift, and you should have seen us in there with paint rollers on 30-foot extension poles to get the top of the walls,” Barrow said. “You’d get the brush up there and then you’d have to get the right pressure just to get the paint on the wall. And, of course, it’s splattering down on you. The good thing is that because we were replacing the carpet, we didn’t have to be as careful as we would have otherwise.”

The lobby and the house are now a cool, dark gray. The company didn’t have to replace the folding theater seats. Because volunteers stepped up, the painting project only cost the materials. If the company had contracted the labor, Barrow said it would have been a $20,000 to $30,000 job.

“They’re in pretty good shape,” Welch said. “Whoever bought those back in the ‘90s did a good job, and people tell us they’re really comfortable seats.”

The theater will remain closed, streaming Tea for Three, a one-woman show about three first ladies, in April. In June, the company will open the Campus Theatre to 50% capacity for Aways, Patsy Cline. The company tentatively plans to be reopened at full capacity for the musical Matilda in June. Patrons will be required to wear masks to in-person performances.

Another big change for 2020 was when the Denton Festival Foundation had to pull the plug on one of Denton’s biggest annual events: the Denton Arts & Jazz Festival.

“Honestly, the biggest challenge was being ready to go and realizing, oh, you can’t do it,” said Kevin Lechler, associate director of the festival foundation, which presents the annual event. “After that, it was a challenge trying to decide if we could postpone and maybe have it later in the year or cancel it.”

This year, the organizers of the free, three-day festival have a new challenge: fundraising the tens of thousands of dollars to stage the sprawling, multi-stage festival in a year where so many donors are facing unemployment and corporate sponsors are struggling to keep employees and donate to Denton’s community events. The jazz festival has a unique volunteer model, too. Top Hands join as members, paying a small amount annually, to be able to work a four-hour shift.

“Our biggest challenge is fundraising now,” Lechler said. “Frankly, fundraising has always been somewhat easy, and it’s hard to raise money for everyone right now.”

The festival is scheduled for the first weekend in October, but Lechler said the leadership is still watching the pandemic trends and national, state and local guidelines to limit infection.

“What will October look like?” he said. “Will we have restrictions? What will it look like? No one really knows.”

Lechler said the leadership is devoted to keeping the jazz fest free. Missing another year would probably make a future jazz fest impossible.

“We got lucky in 2020, but I don’t think we can get lucky again,” Lechler said. “If we have to cancel again, we probably can’t come back.”