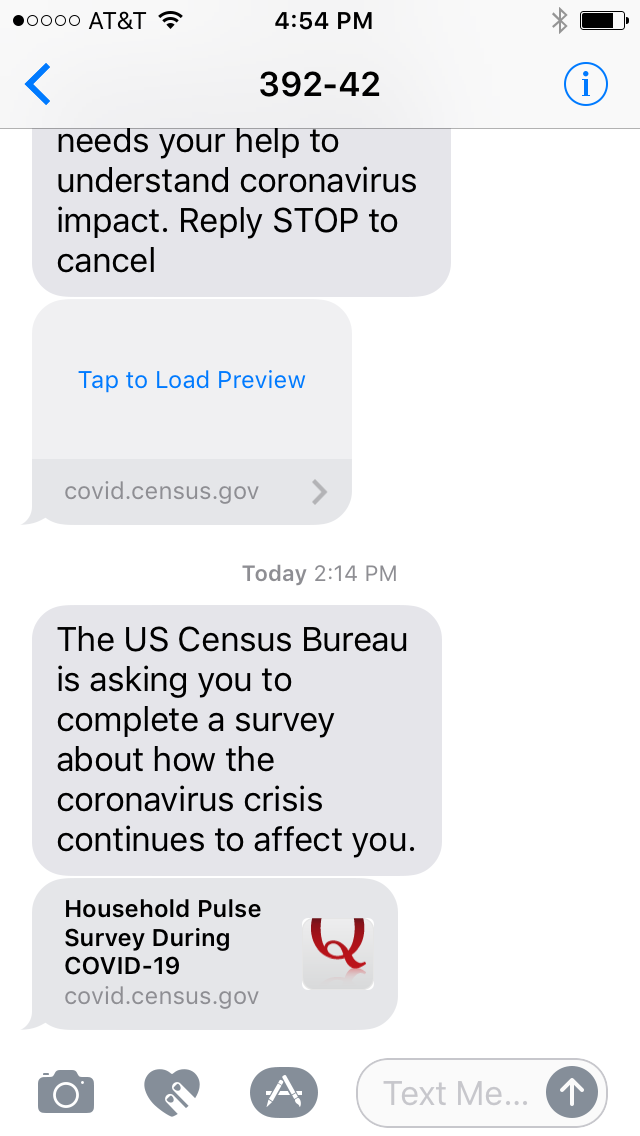 The U.S. Census Bureau is texting invites to the Household Pulse Survey, a new tool measuring the pandemic’s effects on families. 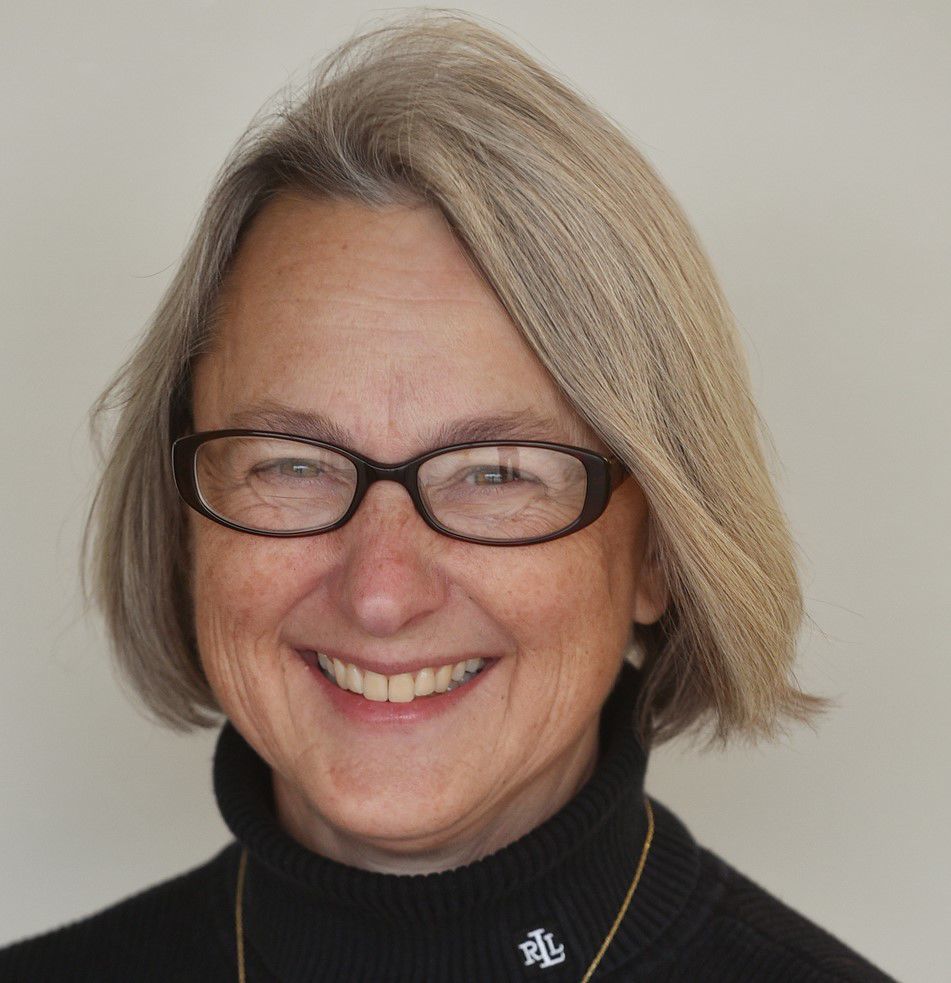 The U.S. Census texted me a week ago and again on Thursday, inviting me to complete a survey and sending me a link.

I was wary of that first text. I get junk calls and texts from time to time. Plus, we completed our census back in March. There seemed no reason for them to contact me.

I did a quick internet search to figure out whether the text was the real deal. The link was to the Household Pulse Survey. The census office is sending questionnaires to households, small businesses and companies in the supply chain at weekly intervals from now through July to gain a better understanding of the pandemic’s effects.

National Public Radio broke the story about the survey about a month ago, after the Office of Management and Budget approved the experimental data program. Some news outlets are beginning to report what the survey is finding.

The survey aims to ask questions and release the data as fast as possible. The first time I completed the survey was part of the third week cohort. The results have already been published online.

Some questions were surprising. For example, I recognized a group of questions as the mental health screening you might go through in the doctor’s office. The survey has already found that about one-third of us are reporting signs of the pandemic’s psychological toll in anxiety and depression.

If any other agency, research group or company was asking, I probably wouldn’t answer such personal questions. But the official U.S. Census data is kept confidential for 70 years. And, I’ve completed the American Community Survey before, too. The census office deserved my trust with this data.

The survey also asked basic demographic information about our household, our employment status, whether we owned or rented and whether we were concerned about paying the rent or mortgage.

In fact, many questions were meant to be a window into the future. Did I have a job now? Did I expect to have a job four weeks from now?

My fingers hesitated the most over questions about feeding the family. Did we eat out and, if so, how much did we spend? Were we able to buy what we needed at the grocery store? Did we visit a food pantry? Did we have enough to eat? Were we concerned about having enough to eat in the coming days?

Turns out, feeling secure about food is complicated. From the survey responses, an estimated 162,000 Dallas-Fort Worth area households occasionally didn’t have enough to eat last week, with another 51,000 households often not having enough.

We’ve seen the leap in demand at Denton food pantries. And countywide, we’ve seen a 25% surge in food stamp assistance. In March, 37,676 Denton County residents received $4.1 million from the Supplemental Nutrition Assistance Program (SNAP), according to Texas Health and Human Services. That rose past $5 million among 44,281 people in April.

I sent a message to Congressman Michael Burgess’ office, to find out whether the information from these surveys is important for federal legislators in considering new relief programs. I didn’t hear back.

I also asked City Manager Todd Hileman whether information from these new experimental surveys could be helpful to city and county officials as they roll out aid programs, many of them underwritten by more than $200 million in federal funding.

Hileman said city officials already knew that the pandemic would trigger some housing instability and food insecurity. City and county officials are planning together to direct funds toward those needs, as well as boosting small businesses.

The key now, he said, is whether unemployment — currently hovering at 14% — gets reduced and jobs come back to the economy.

In the survey, the normal Texas swagger looked a little wobbly on that front. Millions of Texans have filed for unemployment and, according to survey data, most of them expect to still be out of work for the next four weeks.