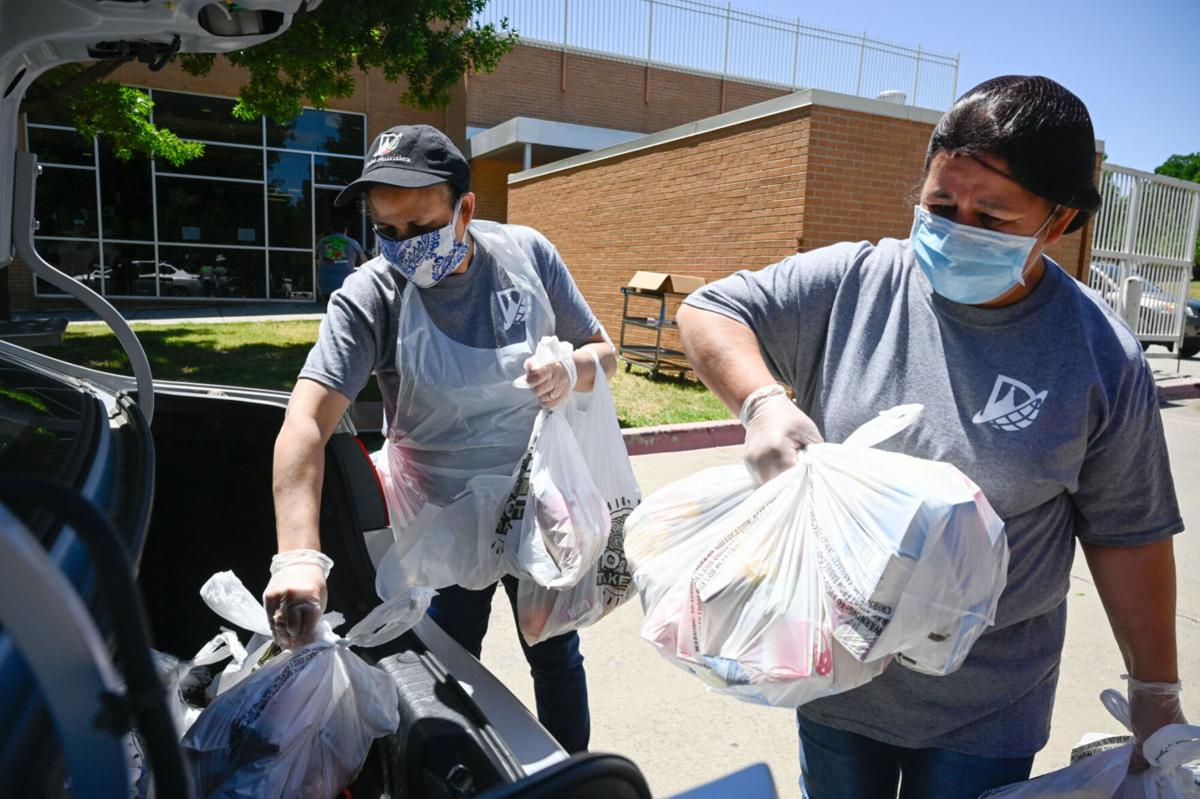 Child nutrition worker Maria Ramirez grabs meal bags and places them on a cart on April 29 at Alexander Elementary School.

Child nutrition worker Maria Ramirez grabs meal bags and places them on a cart on April 29 at Alexander Elementary School.

Participation in the federally funded program increased 3.24% from January 2020 until January 2021, substantially more than the 0.59% increase over the previous year.

Liz Raftery, director of child nutrition at DISD, said they have expected enrollment growth into that program over the past few years, "but nothing like we’ve experienced in 2021."

"We might have expected about half of that," she said.

The top five campuses with the largest percentage-point increase in enrollment in the federal program over the past year are located in the district’s southern and eastern corners, tucked into the Guyer and Braswell attendance zones respectively.

Though the campuses were different, the same claim holds true for the program’s growth between 2019 and 2020, but not to the same extent.

"I think the current pandemic has actually had an impact on how our numbers have fluctuated," Raftery said, "and we seem to have a growing population out in those two areas."

She said there are several possible explanations for why some areas were hit harder than others. For instance, the district’s southern and eastern sections are less dense than its core, meaning there is more room for population growth, but that doesn’t fully explain why the portion of students enrolled in the federal meal program would be increasing.

It’s also likely, Raftery said, that districts with historically lower rates of professed need for meal assistance simply have more room for that rate to grow.

Public schools, such as those in Denton ISD, that provide meals within the federally approved rubric can serve those meals at no cost to students who qualify. School districts are then reimbursed for the cost of those meals by the federal government.

The Denton high attendance zone had the largest rate of participation in the federal meal program in Jan. 2021 with 64.87%, according to DISD records obtained by the Denton Record-Chronicle.

State agencies in Texas use participation rates in the federal program as a stand-in for socioeconomic data for countless calculations. That metric is imperfect in the best of times, but Raftery said she thinks the pandemic has probably skewed it even further.

It’s an uphill battle for district officials to get many of those who qualify for the program enrolled each year.

"It’s even more of a struggle now because all the kids are receiving the meals for free, so there’s really no incentive," she said.

DISD previously extended its universal free meal program for all students from Dec. 18 through the end of the school year. That means students who aren’t formally enrolled in the federal free and reduced price meal program can still each for free.

Despite that, there are additional benefits to being in the program aside from school meals. Students can get discounts on standardized tests and various other programs if they fill out the necessary paperwork.

Additionally, students enrolled in the program are automatically enrolled for the first 30 days of the next school year. That gives families some breathing room because they must reapply each year.

Families looking to enroll their students in the free and reduced price meal program can do so online or by picking up a paper application from their local school.

Below are the top five DISD schools ranked by their percentage increased participation from Jan. 2019 to Jan. 2020 in the National School Lunch Program:

Below are the top five DISD schools ranked by their percentage increased participation from Jan. 2020 to Jan. 2021 in the National School Lunch Program:

Below are the top five DISD schools ranked by their percentage increased participation from Jan. 2019 to Jan. 2021 in the National School Lunch Program: