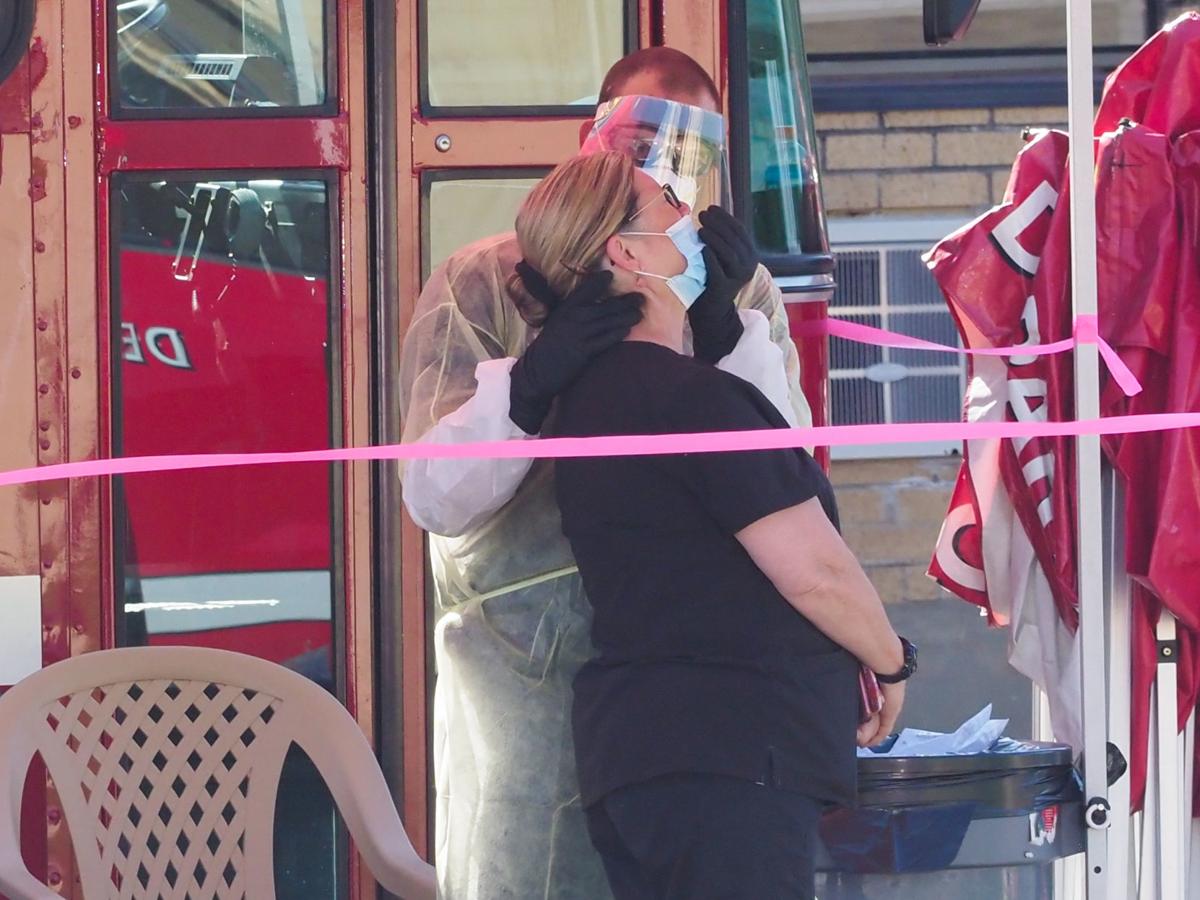 Denton Fire Department employees set up outside the Vintage Health Care Center to test staff members for COVID-19 on Friday. 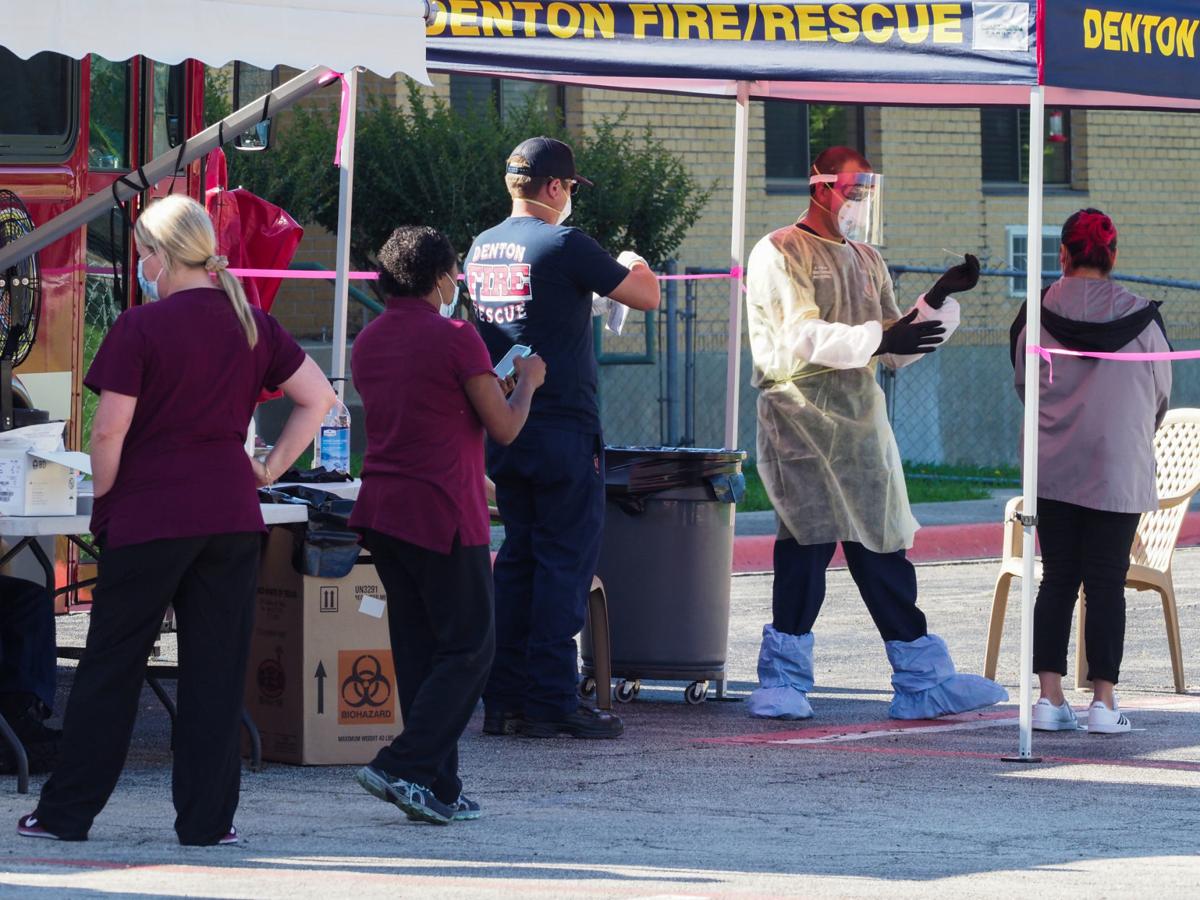 Denton Fire Department employees set up outside the Vintage Health Care Center to test staff members for COVID-19 on Friday.

President Donald Trump called in mid-May for nursing homes to test all staff and residents as the country reopened in the following weeks, and Gov. Greg Abbott announced May 15 that fire departments would team up with local public health officials to administer tests at nursing homes.

Battalion Chief David Boots, a spokesperson for the department, said 746 tests were administered between Thursday and Friday at four nursing homes in Denton.

“In a span of a little over a week, we had to get trained, ramped up ... for testing all nursing facilities,” Boots said Friday. “We ended up doing the training last week on how to do these tests. Medical City Denton Infection Control trained us on how to do [the] swab. We’ve been testing a whole lot of people.”

The fire department tested 327 residents and staff Thursday and estimated another 400 would be done Friday.

By the end of the day Friday, all staff and residents at Good Samaritan Society’s Denton Village and Lake Forest campuses, the Vintage Health Care Center and the Senior Care Health & Rehabilitation Center will be awaiting their test results. Cottonwood Nursing & Rehabilitation and Denton Rehabilitation & Nursing Center opted for third-party testing.

Testing these residents is expected to conclude Friday, and the swabs will be sent to a lab in the Dallas-Fort Worth area over the weekend. Boots said Denton County Public Health should receive the results around the middle of next week.

At each nursing home, one crew was inside testing residents while another stayed outside testing staff. Boots said they had a hazmat team outside as well to decontaminate in between patients.

“The president said we’re going to get all of this done in 14 days,” Boots said. “We’re at about 11 days right now, so we got it done. We’re making our timeline.”