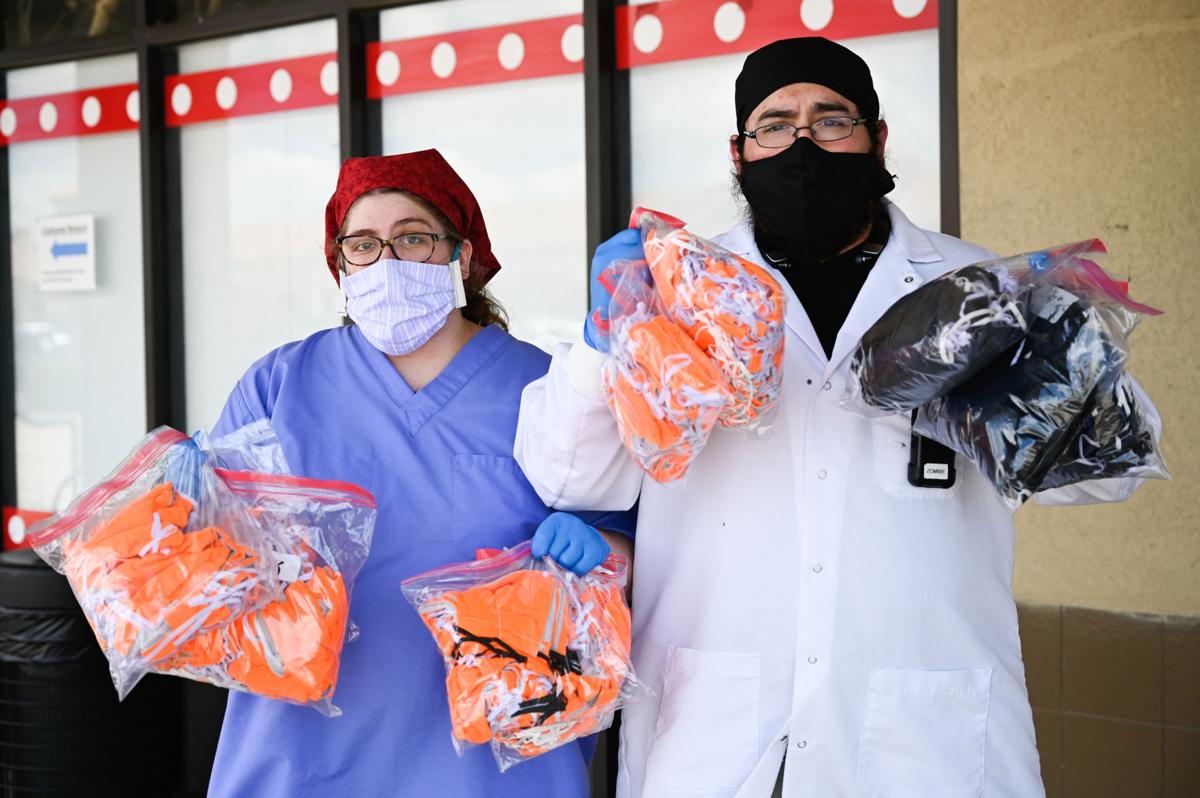 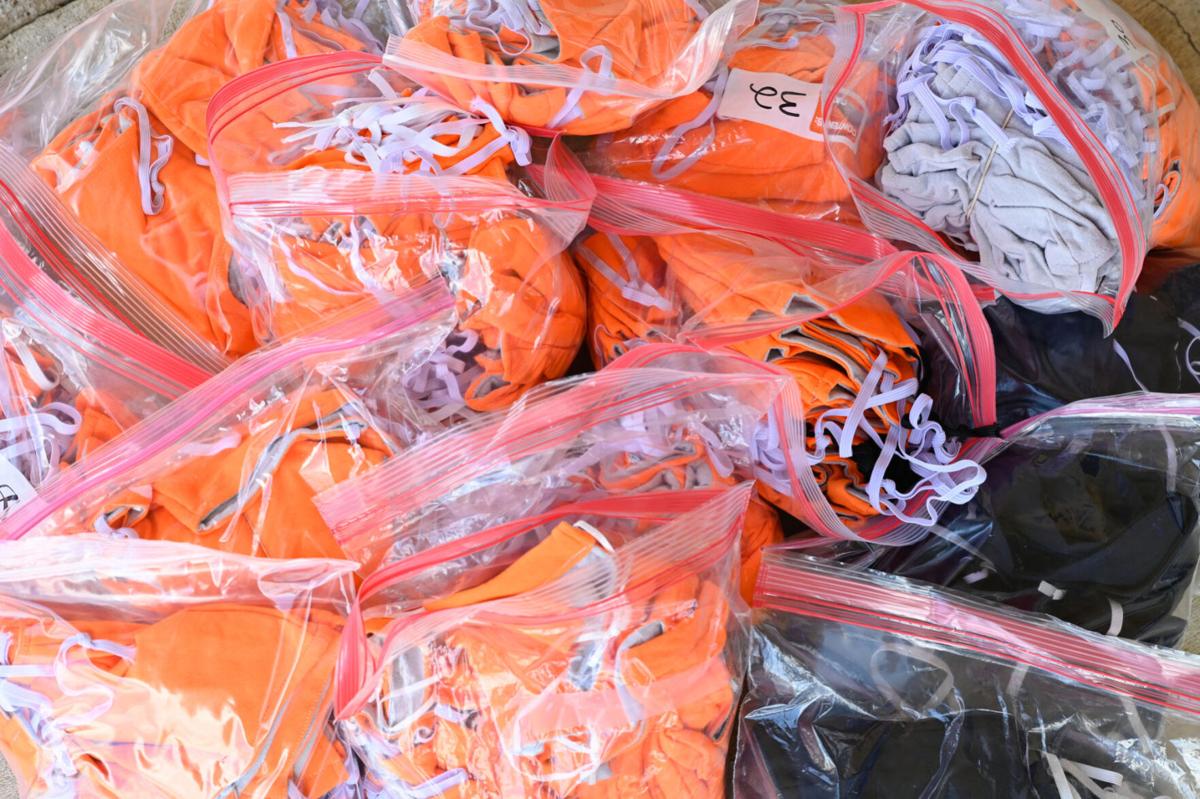 Rose Costumes staff and volunteers made cloth masks for Denton County Jail staff and inmates. Hundreds of unused masks were returned back to the business Thursday. 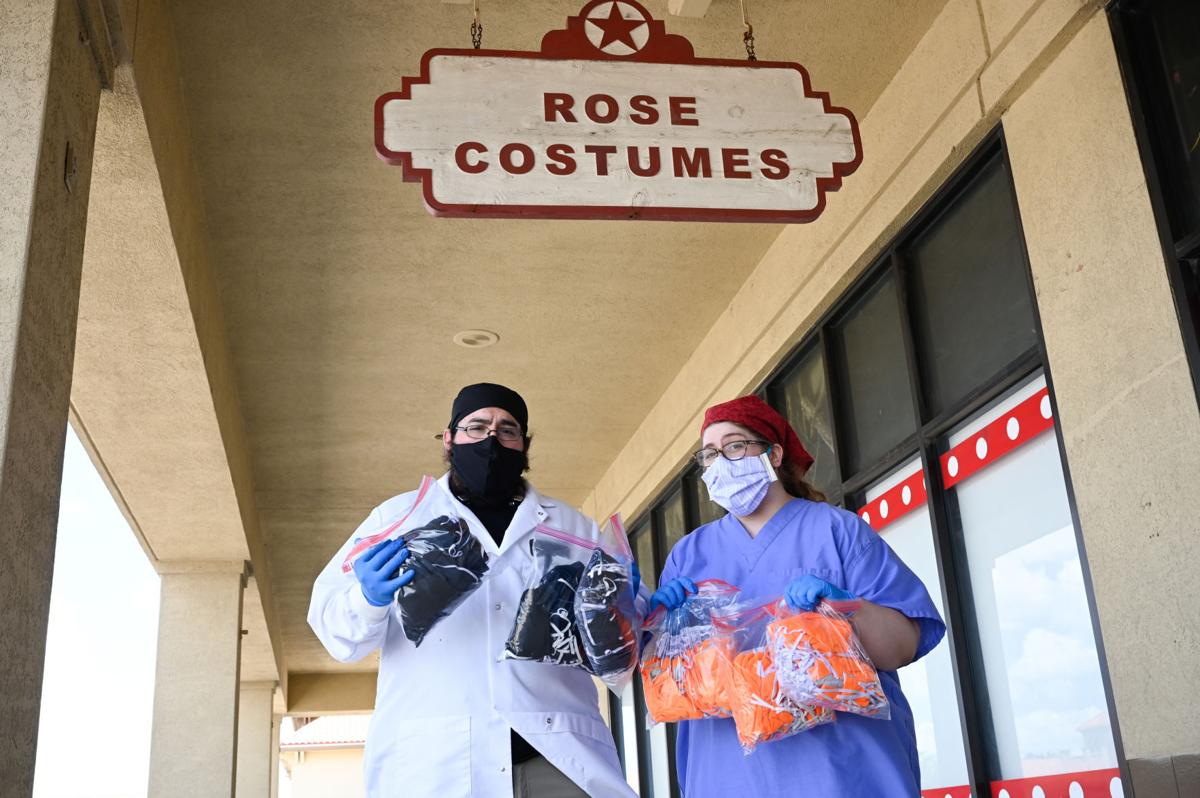 Rose Costumes staff and volunteers made cloth masks for Denton County Jail staff and inmates. Hundreds of unused masks were returned back to the business Thursday.

Social media posts calling into question the Denton County Jail’s conditions and distribution of masks to inmates over the weekend led Sheriff Tracy Murphree to dispute claims in a statement Monday. Photos purportedly showed female inmates wearing paper masks with holes, not the orange and gray fabric masks donated by Rose Costumes and volunteers, and living in a quarantine pod with mold, clogged toilets and garbage piled in a bin.

After a back-and-forth about the masks between the Rose Costumes Facebook page and the sheriff’s office, the masks reappeared at the costume shop.

“To have them dropped back off with a very brief letter, without giving an explanation of why they couldn’t be used [besides] ‘paper is easier’ by someone in the office ... it’s difficult to hear when we were asked to step up for our community,” said Annemarie Aldrich, owner of Rose Costumes. “To have them returned unopened was very upsetting.”

Aldrich said they donated about 2,000 masks. Murphree’s statement Monday said they still had about 700 cloth masks from Rose Costumes’ Project Mask Makers initiative for inmates in inventory in case it becomes difficult to obtain disposable masks in the future.

In an open letter Aldrich posted on Facebook, she said volunteers made the masks. They prioritized making masks for inmates and jail staff, pushing off requests from other organizations. JoAnn Fabric and Craft Stores donated black fabric, Explorium offered up sewing machines, the now-closed SCRAP Denton donated elastic, and the store’s own costumes were cut up to make sure there was enough orange fabric, she said.

“This won’t deter us, but it is upsetting to have this sort of response from our sheriff, and I think there are questions the community has about what’s going on with the jail,” Aldrich said. “I’ve had inmates contact me and staff contact me, and they don’t want to go on record. They’re afraid of retribution, and that makes me sad and afraid for them. But it’s not good, what they’re saying.”

Aldrich said one of her staffers reached out to the sheriff’s office to see if they needed any masks for staff and inmates in April. The masks for inmates had to be orange or gray with elastics to hook behind the ears and no wiring or nose piece, she said.

As of Friday morning, Aldrich said she still hasn’t been able to reach the sheriff. Murphree and a spokesperson for the sheriff’s office had not responded to calls for comment by late Friday.

There’s also concern from Dallas law firm Scott H. Palmer PC. James Robert, an attorney with the firm, said they have an ongoing investigation into quarantine policies and conditions at the jail, where 44 inmates and 19 jail staffers have tested positive for COVID-19 since April.

A report Thursday from the Texas Commission on Jail Standards shows there are seven inmates and seven jailers with active positive test results, while 205 inmates are quarantined but haven’t tested positive for active infections. The numbers for active cases among inmates and jailers are both up from the four and five active cases, respectively, that were reported Wednesday.

Inspection records from the commission dating back to 2014 show the Denton County Jail has passed inspection each year but noted the jail needed to address certain things.

The 2014 inspection says the jail had to ensure all employees were tested for tuberculosis as required by minimum jail standards, and it had to be properly documented lest the jail be issued a notice of noncompliance.

The review showed the jail: had to address turning in miscarriage reports — which are optional — before the fifth day of each month in 2016; had to turn on the water main for hot water in 2017; had a gnat problem through the food service area and the special needs unit in 2018; had to fix a smoke detection system in 2019; and would need to take an aggressive approach to address rust around showers and lavatories in inmate living and common areas, and start properly documenting tuberculosis tests administered to staff in the 2020 review.

The cloth masks returned to Rose Costumes will now go through a quarantine period and then sanitation before being redistributed. Aldrich said she believes they may be the 700 Murphree mentioned in his statement.

“Overall, the consensus on how we’re all feeling is gravely disappointed a lot of work went to making these masks,” said Daniel Garcia, a staffer at Rose Costumes.

Kayly Nesser, another staffer, said she was the one who coordinated the mask specifications with the sheriff’s office.

“I truly hope that Annemarie will get a more personal response because she’s been trying so hard to contact the sheriff,” Nesser said. “I really hope they have a chance to speak personally and talk this out. I would be overjoyed if there’s a change of heart and [they] want to use these masks. And if we donate them, we’d be happy to make more. That’s the whole reason that we launched Project Mask Makers.

“I hope we can all come together as a community to take care of the most vulnerable among us.”