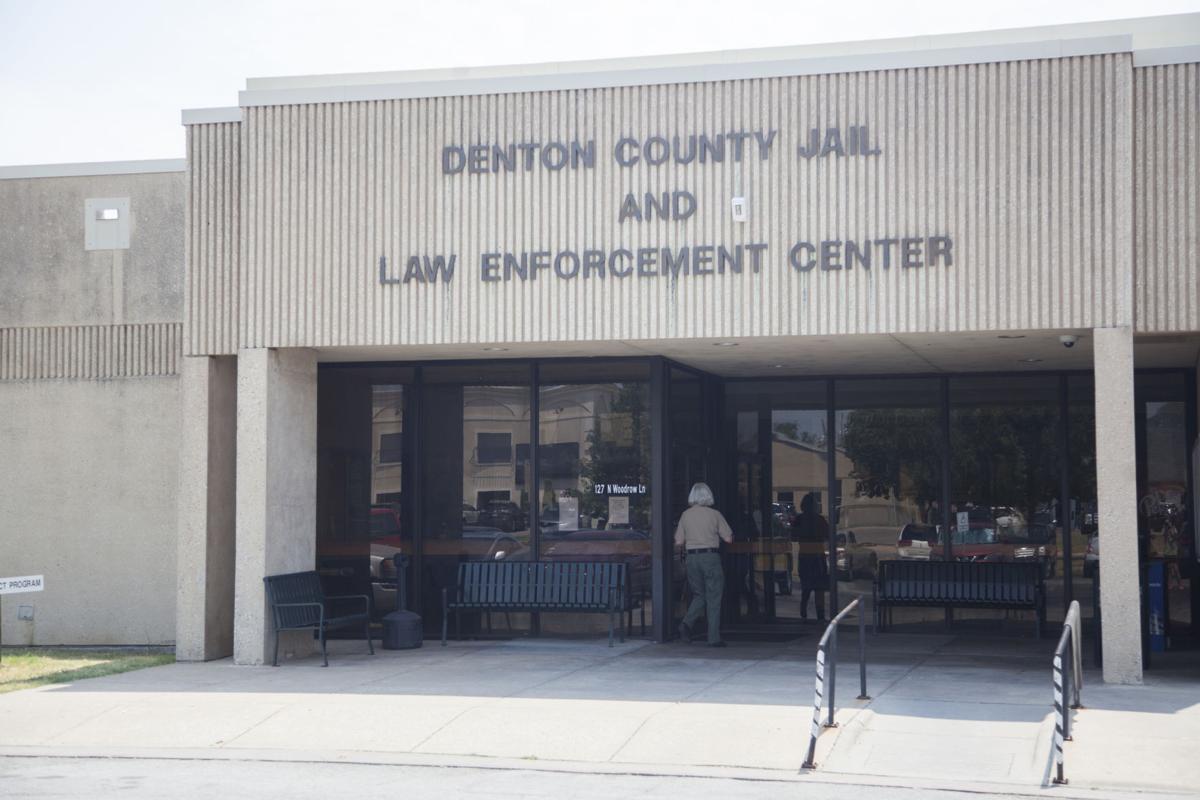 Residents have spoken up about living conditions at Denton County Jail as the coronavirus continues to spread throughout the community. The sheriff said four inmates who have COVID-19 are being housed in medical isolation cells. 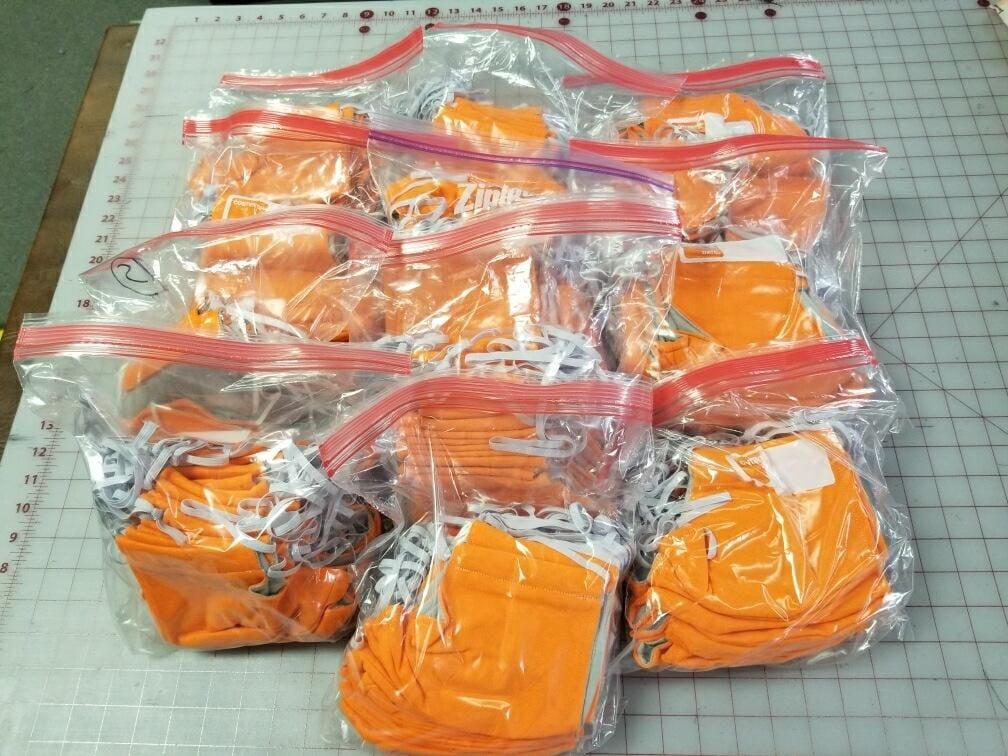 Residents have spoken up about living conditions at Denton County Jail as the coronavirus continues to spread throughout the community. The sheriff said four inmates who have COVID-19 are being housed in medical isolation cells.

Social media claims about living conditions at the Denton County Jail have led to public concern from a Dallas law firm and questions from a local volunteer effort that provided jailers with masks for inmates, which Sheriff Tracy Murphree says are unfounded.

Photos posted to social media last week purportedly show female inmates living in a quarantine pod with mold, clogged toilets and garbage piled up in a bin. The images show the women’s face masks made of paper, not orange and gray fabric as donated by Rose Costumes, a Denton business that led the project to make and deliver thousands of masks to the jail.

Sarah Morris, a Denton-area attorney, said she learned about the situation at the jail in late June and represents a former inmate as well as a current inmate. One of her clients, Brenda De Jesus, was released July 6 and is still recovering at home from COVID-19, which she contracted at the jail. She was booked in for 13 days on a charge of possession of a controlled substance.

“It is well established that inmates have constitutional rights that require a minimum level of care in the facilities in which they are housed,” Roberts said. “There is not an exception in the Constitution for COVID-19, and Denton County — like all other counties — is required to adapt to the existing conditions to remain faithful to the Constitution. Denton County has chosen not to adapt and instead is knowingly violating these constitutional standards.”

James Roberts, an attorney with Dallas law firm Scott H. Palmer PC, said the firm has an ongoing investigation into the conditions and quarantine policies at Denton County Jail.

“These conditions are deplorable, inhumane and are endangering the lives of the inmates being housed in the jail,” Roberts said in a statement. “Denton County has shown that it is deliberately indifferent to the health and safety of the people confined in its jail — people who the county has a duty to protect and provide adequate medical care. In doing so, Denton County is knowingly violating their constitutional rights.”

The conditions have also led to small daily protests near the jail to raise awareness about the situation.

In a statement on Facebook Monday evening, Murphree said the county jail passed its annual inspection last week and said the reports on social media, as well as reports of widespread COVID-19 in the jail, are false.

According to Denton County Public Health, 44 inmates at the county jail have tested positive for the coronavirus, as well as 16 staffers. County health officials confirmed they received data last week from the state on the jail-wide testing. A July 27 report from the Texas Commission on Jail Standards showed four current inmates had active positive results, indicating that many who have tested positive are no longer at the jail. In Monday’s statement, Murphree said the four inmates with active cases are currently housed in medical isolation cells.

Murphree said in early July that all inmates and jailers would be tested for the coronavirus when 13 tested positive in the course of a few days. All 13 were women housed with three other women in the same pod — a big room with 48 beds and a common area for meals. Denton County Public Health Director Matt Richardson said Monday those results came back last week.

COVID-19 policies at the jail released in late March included keeping new inmates housed separately from the rest of the jail population until two weeks after it becomes full.

“We do test inmates who appear symptomatic at the entrance,” Richardson said. “[Those who test positive are put in] medical isolation, but that’s not always possible because of a limited number of negative-pressure rooms. We do cohorting, which is what the CDC recommends — putting exposed individuals together when possible.”

Rose Costumes and its volunteers were also demanding answers after noticing the masks they donated weren’t being used by the inmates in the photographed pod.

Annemarie Aldrich, the store owner, said she and 202 volunteers got to work sewing 2,000 masks for Denton County Jail inmates after they were requested.

“These [volunteers] have been sewing out of the kindness of their hearts for three and a half months,” Aldrich said. “If they could not use those masks, we want to know why they asked us for them. If they didn’t use them, what happened to them? Why are we now seeing pictures of these inmates wearing paper masks when we provided them with reusable masks?”

In a statement, Murphree said they have 700 masks left from Rose Costumes’ donation, which came in at a time when they were just able to get hold of disposable masks. “We provide every inmate a mask and to receive a new one the only have to ask,” he wrote. Cloth masks, on the other hand, would have to be washed regularly.

“We also have other cloth masks from other donations in storage and accounted for,” Murphree stated. “We keep the cloth mask in inventory in case it becomes difficult to obtain the disposable masks in the future.”

When the county jail requested the cloth masks, Aldrich said she and volunteers were given specifics: They had to be orange or gray with elastics and couldn’t have a metal nose band.

She said that to make masks for the jail, volunteers pressed pause on making masks for other organizations, such as people experiencing homelessness and the Navajo Nation. Additionally, they also made masks for Denton County Sheriff’s Office personnel and the Denton Police Department.

When she called the county jail on Saturday, she said a person at the front desk told her she had no idea about the masks and that staffers had to buy their own masks.

“If they couldn’t be used for whatever reason, they could’ve been returned to us,” Aldrich said. “So many other organizations are in need — the homeless population and prisoners coming out of jail, released without masks.”