The Denton City Council canceled its work session scheduled for Tuesday and, in its place, called a special meeting for 1 p.m. Thursday.

The city’s stay-at-home order expires Thursday and will likely be extended in some form in the continuing response to the COVID-19 pandemic. Sarah Kuechler, the city’s chief of staff, said the extra time will allow the city staff to study new orders expected from the governor’s office on Monday and orders from Denton County Commissioners Court expected Tuesday morning.

Last week, Abbott said he would announce additional measures meant to restart the Texas economy on Monday, pending the advice of a special task force he created to assist with the issues.

Local orders from the county and the city dovetail into the enforcement of statewide orders. The governor has said previously that cities cannot permit more than what is allowed by the state’s emergency declarations. Because some areas of Texas have higher infection rates, local jurisdictions have been stricter in some measures — such as requiring individuals to wear face masks in public. 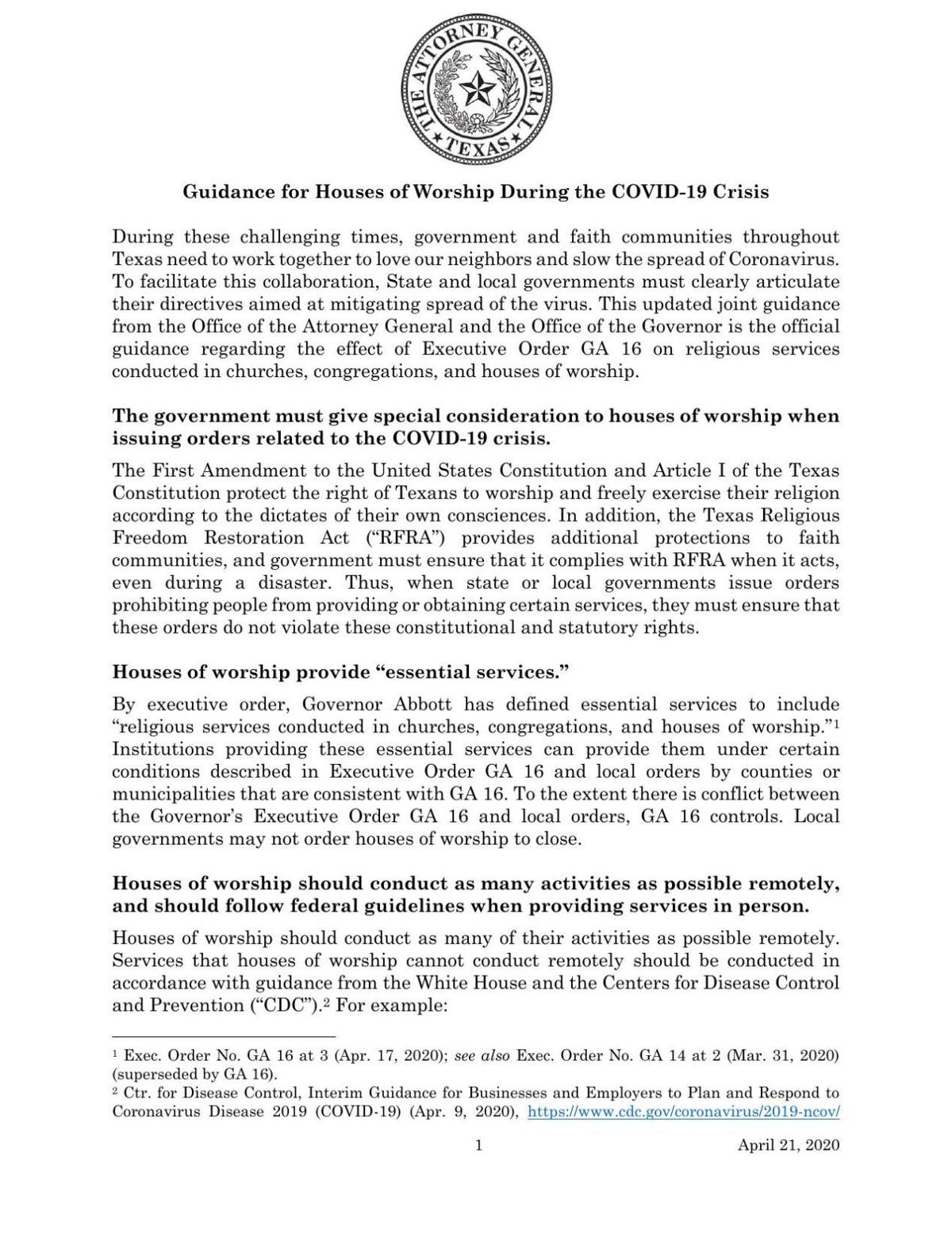 The City Council’s agenda Thursday also includes adoption of a resolution asking the governor’s office for a different date, preferably in September, to hold the city’s election.

Among Abbott’s first actions responding to the pandemic was to waive the requirement for cities, schools and special districts to hold an election in May, essentially pushing those elections to November.

The council meeting will be held as a video conference, which means interested residents may not attend the meeting at City Hall, but can call in or participate online.

More information can be found at cityofdenton.com.

If You Go (Virtually)

Individuals who want to comment on agenda items for Thursday's City Council meeting may not participate in person because of required social distancing. Instead, the city offers two ways to participate: