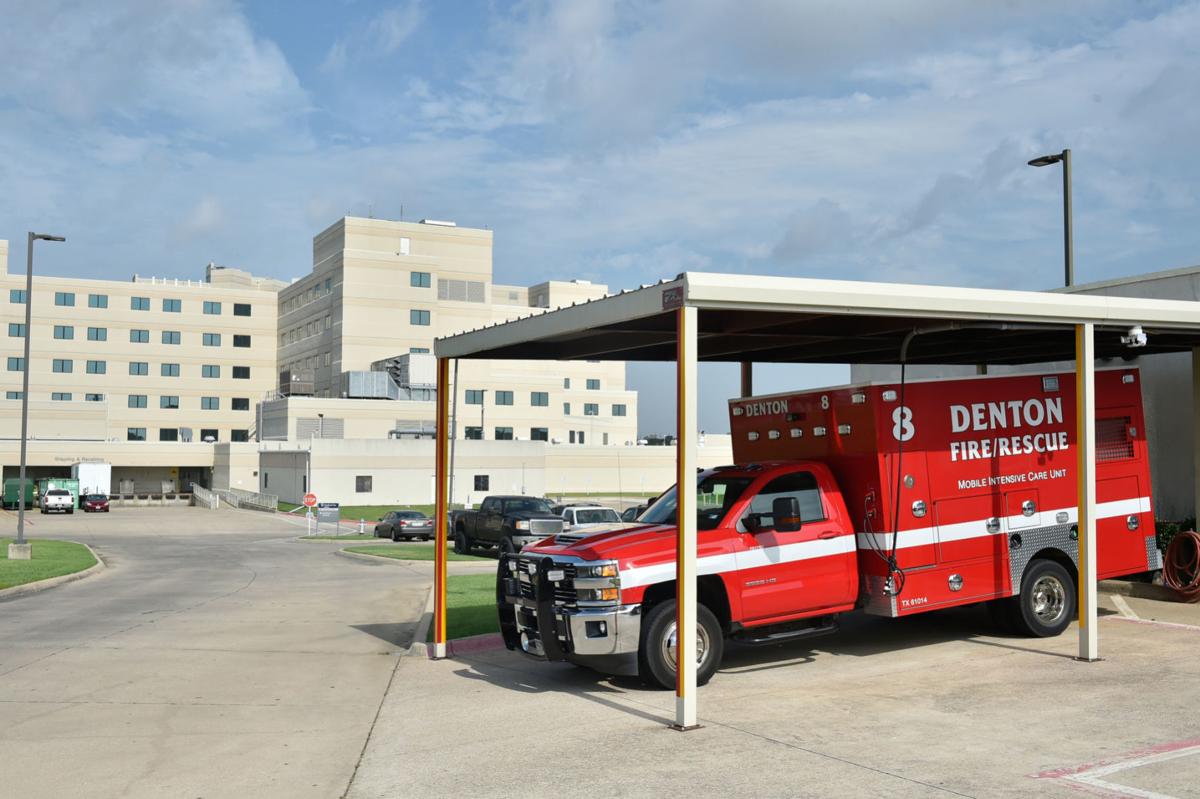 Denton has a crew and ambulance temporarily stationed in a small building at Medical City Denton. Both the city's paramedics and emergency room doctors in the hospital report patients reluctant to call 911 since the pandemic began. 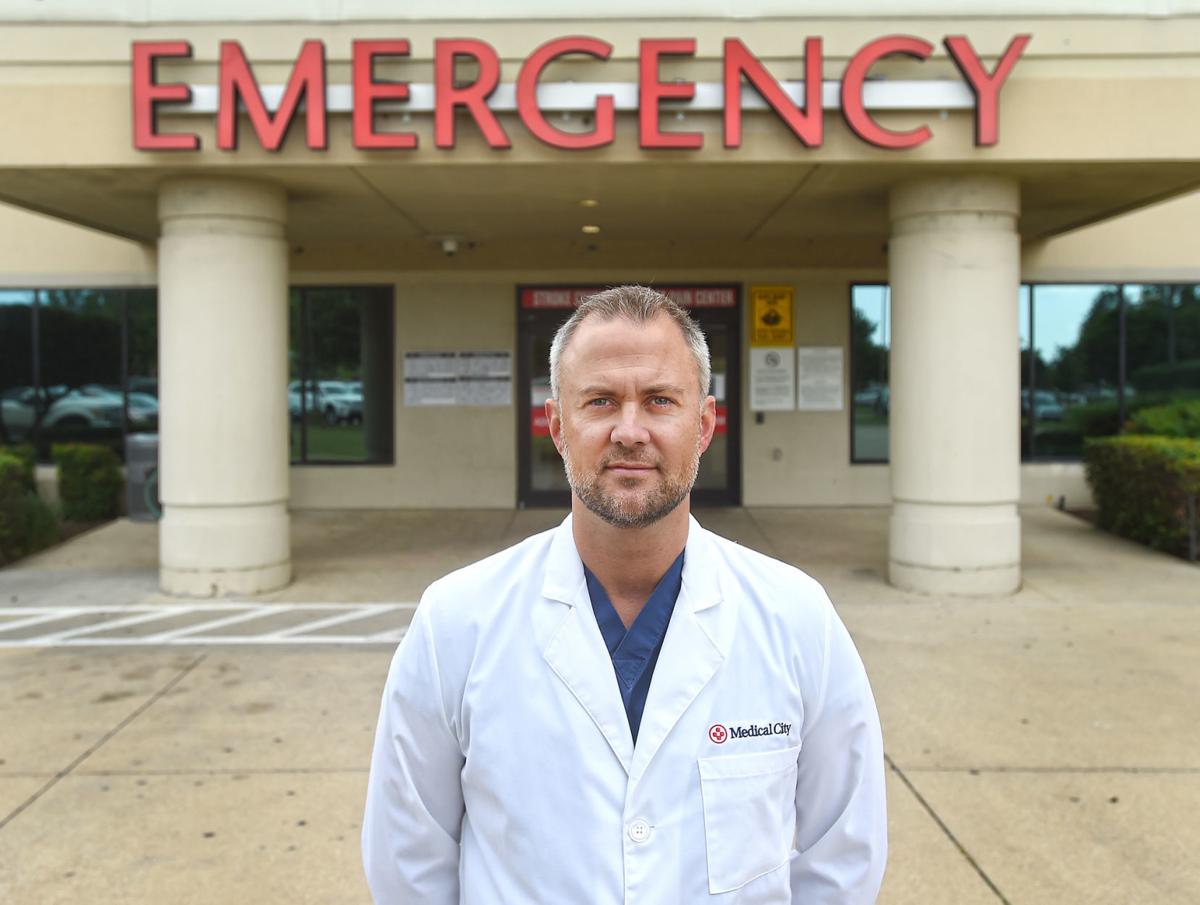 Dr. Nik Mendrygal, an emergency room physician and director of emergency services at Medical City Denton, says that the sooner people come in with symptoms of a possible heart attack, stroke or kidney failure, “the better we can turn that ship around.”

Denton has a crew and ambulance temporarily stationed in a small building at Medical City Denton. Both the city's paramedics and emergency room doctors in the hospital report patients reluctant to call 911 since the pandemic began.

Dr. Nik Mendrygal, an emergency room physician and director of emergency services at Medical City Denton, says that the sooner people come in with symptoms of a possible heart attack, stroke or kidney failure, “the better we can turn that ship around.”

Denton County residents may be dying preventable deaths as medical professionals report the COVID-19 pandemic has made people afraid to go to the hospital.

Experts in emergency care nationwide and in Denton County are documenting disturbing trends. In Denton, for example, the number of 911 calls is down, but paramedics are finding more patients dead on arrival compared with the same time last year.

A few days ago, Dr. Nik Mendrygal, an emergency room physician and director of emergency services at Medical City Denton, did something that he’s never had to do in his 15 years practicing emergency medicine.

Paramedics had arrived at a woman’s home after she was found on the floor. The 911 caller managed to get the woman in a chair before the medics arrived. She was clear-headed enough to know what was happening, yet she wouldn’t agree to go to the hospital. Mendrygal told the medics to put him on the phone to persuade her to come in.

“She was in really bad condition and probably wouldn’t have made it through the night,” Mendrygal said.

Even after she got to the emergency room, she was reluctant to be admitted into the hospital because of her fear of getting the coronavirus, he said.

In that way, her case was not exceptional. The emergency room staff have noticed big changes over the past seven weeks. Before the pandemic, patients arrived in respiratory distress or cardiac arrest once a week or every other week. Now, it’s almost a daily occurrence, Mendrygal said.

“I cannot remember the last shift without a CPR,” Mendrygal said.

In a conference call Thursday, he learned that the hospital has seen a 30% increase in Level 1 acuity cases, the most urgent cases that require immediate care and resources.

“That’s completely unheard of,” he added.

Some patients never come to the hospital at all, according to reports from paramedics.

“They are going to so many calls where the patient’s already dead,” Mendrygal said.

He said he has also learned of patients who suffered with chest pains for several days before finally seeking help.

“That’s the number that concerns me,” Hedges said.

MedStar, which serves the southern portion of Denton County, reported a 54% increase in heart attack patients they were not able to resuscitate in March and April.

However, reports he received about each day’s dispatches showed that when a report came in, “it was a true emergency,” Hedges said.

Hospital staff may have fewer options for patients who come in after suffering chest pains for days, or even a week or more, Mendrygal said.

The sooner people come in with symptoms of a possible heart attack, stroke or kidney failure, “the better we can turn that ship around,” Mendrygal added.

It may be a while before hospitals and public health officials get a fuller picture of how virus fears are keeping sick people away. Early in the pandemic, the public and the medical community were ordered to defer elective care. Hospitals shut down visits. In addition, some areas had shortages of protective gear for doctors, nurses and other hospital staff, triggering worries nationwide and in Texas that medical workers were vulnerable.

At Medical City Denton, the hospital screens every patient, and those showing symptoms of the virus are quarantined on designated floors with designated staff until tests are complete, Mendrygal said. If the individual doesn’t have the virus, that person is moved out of that designated part of the hospital to reduce the risk of exposure.

No one working in the emergency room at Medical City Denton has contracted the virus, Mendrygal said.

And paramedics have always been scrupulous about cleaning vehicles and equipment after runs, Hedges said.

On Thursday, the hospital relaxed some restrictions on visitors, spokeswoman Dana Long said.

Patients are now allowed one visitor. Long and Mendrygal called the change a big win for patients.

“For some patients, that’s a huge concern,” Mendrygal said.

Older patients are particularly reluctant to be admitted when they can’t have a family member at their side, he added.

Medical professionals encourage you to trust your intuition whether you or someone you love is in trouble and needs emergency care. Here’s a refresher from webmd.com when to go to the emergency room or call 911.

Chest pains – Pain or pressure that lasts more than a few minutes or returns. Don’t ever drive yourself. Go in an ambulance, which has the equipment you need if you are having a heart attack.

Shortness of breath – Someone can drive you if it happens suddenly and is keeping you from normal activities. If you also have nausea, chest pain or pass out, call 911.

Blurry, double or loss of vision; or speech and balance difficulties – Along with nausea, a headache, trouble talking, feeling confusion, or numb, dizzy or weak, or drooping on one side of the face, these can be signs of a stroke or other serious neurological problem. Call 911.

Burns – Go to the emergency room if the burn is third degree (white or charred) or covers a large part of your hand, foot, face, buttocks, groin, elbow, knee or shoulder.

Stomach pain, vomiting – Go to the emergency room if there’s blood in your vomit or if your stomach pain lasts more than 30 minutes and vomiting does not bring relief. If your child is under 6 years old and has been vomiting for a few hours, go.

Head injury – Go if you pass out, have a seizure, dizziness, confusion, or a headache that won’t go away.

Deep cuts – Go if you can see fatty tissue, or if it’s on your face, neck, groin or across a joint. Go if you were bit by an animal or person, or if you were cut by something dirty or rusty, or still have something stuck in the cut.

Testicular pain, swelling – Go if it comes on suddenly, or is accompanied by nausea or fever, or you feel a lump in your scrotum. Also, if the pain remains an hour after an injury and the area remains red or swollen.

Bleeding – Pregnant women should go for vaginal bleeding. Go if a broken bone is accompanied by heavy bleeding or the bone can be seen protruding from the skin. People who take blood thinning medications should call 911 if they suffer an injury and also feel faint, or have a fast heartbeat or trouble breathing.

Seizures – Call 911 if it’s the first time the person has had a seizure.