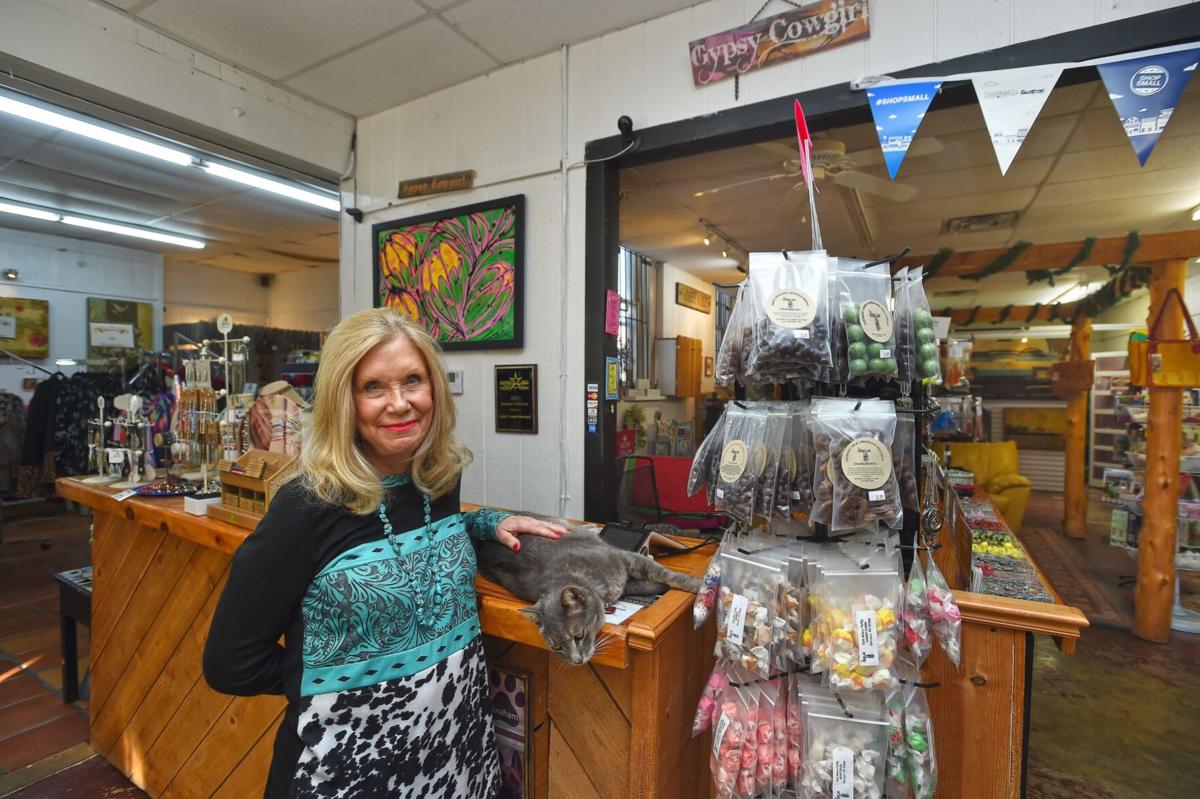 Gypsy Cowgirl owner Nancy McAlister is seen with Ted, her “marketing manager,” Sunday at her business on North 4th Street in Sanger. Recently McAlister has noticed an uptick in the support of Sanger’s businesses, similar to other communities that have emphasized keeping local businesses afloat during the pandemic’s hardships. 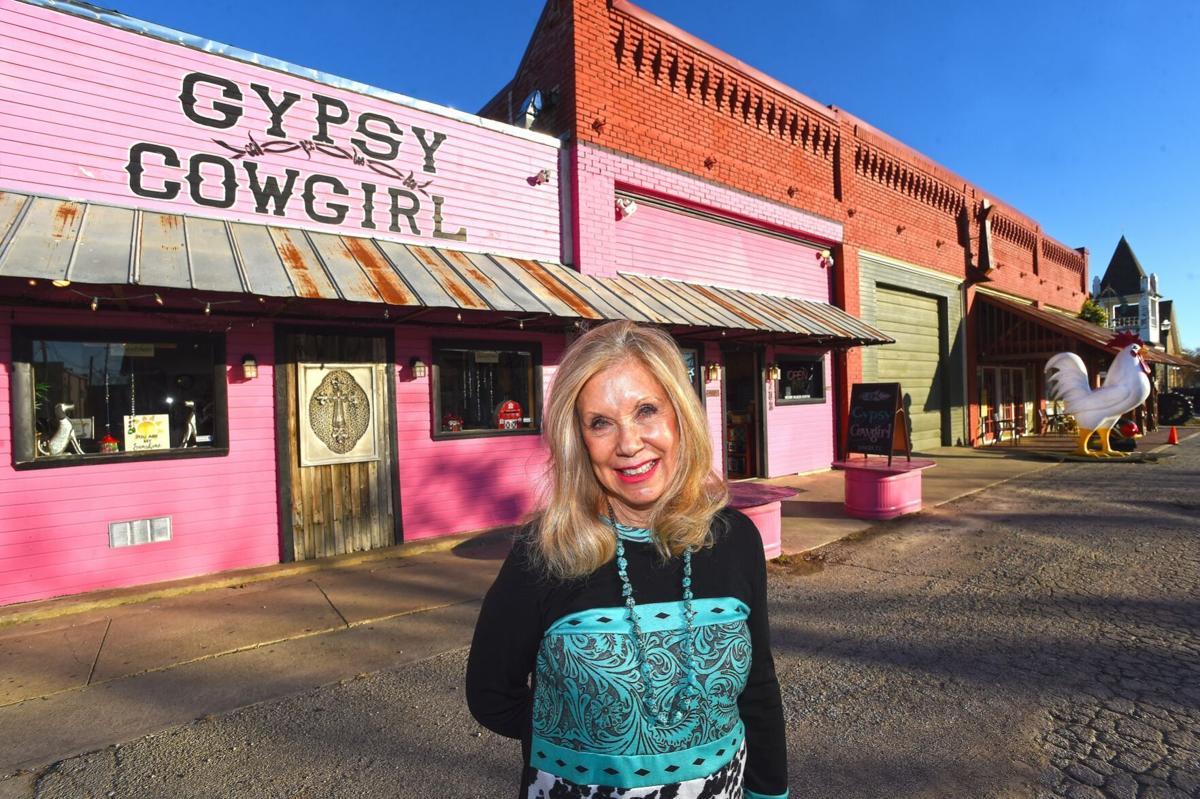 Nancy McAlister, owner of the Gypsy Cowgirl in Sanger, is seen on Sunday in front of her business.

Businesses across Denton County have been weathering the COVID-19 pandemic for nearly a year now, and Sanger’s are no exception. Since the outbreak began, the city has lost a winery, art studio and jewelry store, among others. However, some locals believe a silver lining could be on the horizon as support for their homegrown businesses reaches new levels.

Nancy McAlister, Sanger Chamber of Commerce treasurer and owner of downtown Sanger’s Gypsy Cowgirl boutique, said the downtown area has had its struggles recently, losing about 10 businesses in the past two years — only half of which came during the pandemic.

The economic downturn, McAlister said, has been partly due to many locals traveling to Denton for the bulk of their shopping. More recently, though, she’s noticed an uptick in the support of Sanger’s businesses, similar to other communities that have emphasized keeping local businesses afloat during the pandemic’s hardships.

“The people of Sanger have really stepped up,” McAlister said. “We had to be closed seven weeks but when we reopened, it was to wonderful support from the town — more than ever before.”

Combined with changes to stock and a new approach to social media, the newfound focus on local spending had immediate results for Gypsy Cowgirl.

“We’ve found we did better in 2020 than we did in 2019 by an appreciable amount, even though we were closed for seven weeks,” McAlister said.

While the pandemic is still negatively influencing businesses amidst the recent vaccine roll-out, the silver lining of increased community engagement could position many of them for more long-term success. Another factor is at play, too: the potential for a national chain grocer that further incentivizes Sanger residents to keep their shopping internal. But according to the city’s director of economic development, Shani Bradshaw, an addition on that scale isn’t imminent.

“I know the community would like to have an upscale grocer,” Bradshaw said. “Unfortunately, right now, we’re not in the market for that. We’re a small community so it’s going to take time … I think we’re close to that but it’s not something that’s going to happen overnight.”

Regardless, the downtown area is receiving more interest not just from shoppers, but from business owners too. Two weeks ago, Denton ISD teacher Biridiana Ordoñez opened a physical storefront for M&B Tiny Shop, a boutique she’s run online from her home for about five years.

Ordoñez said the new physical shop, which carries clothes and fashion products influenced by Mexico and Guatemala, has been a goal of hers she was finally able to accomplish with the downtown Sanger location. While the pandemic may have made for a slower start, she said she’s happy with her shop’s new home.

“The opportunity came that the place that we’ve been looking at was available and we were eyeing it,” Ordoñez said. “I did see that a lot of the Sanger community were eager to come out.”

As one of the first shops to move in downtown since the area began losing businesses, M&B’s storefront is an important step in turning that trend around. For Sanger business owners and locals, the pandemic’s silver lining and future economic development could eventually erase it completely.