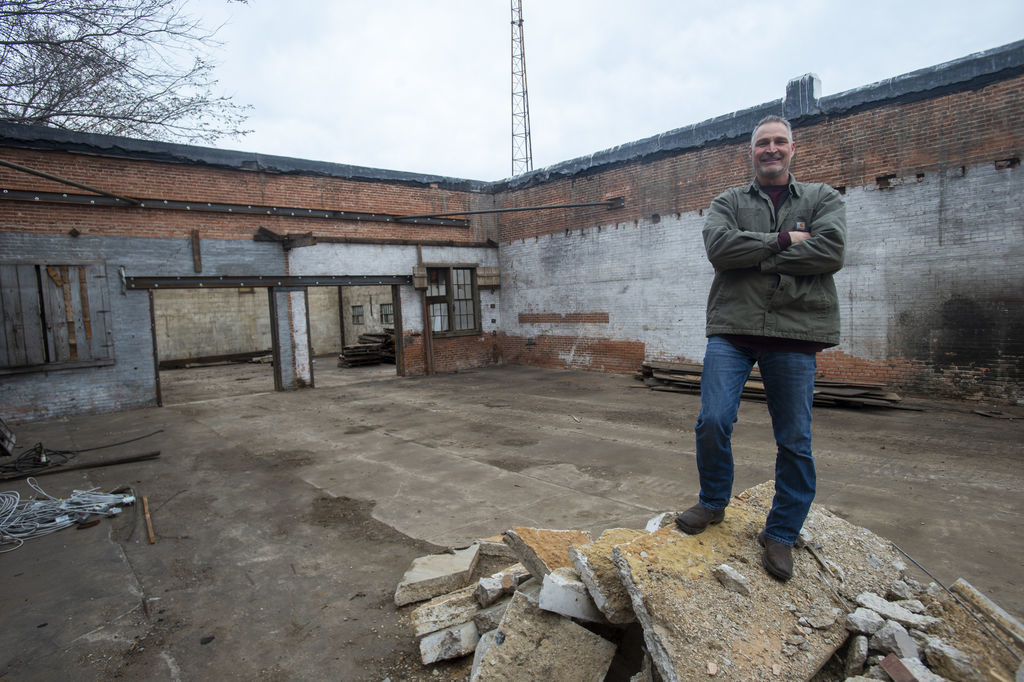 Steve Watkins stands in the future venue-style area of H2Oak on the 200 block of East Hickory Street in Denton, Texas. Wilkins is the co-owner of Radical Hospitality Group which is renovating the location into a barbecue restaurant set to open later this year. 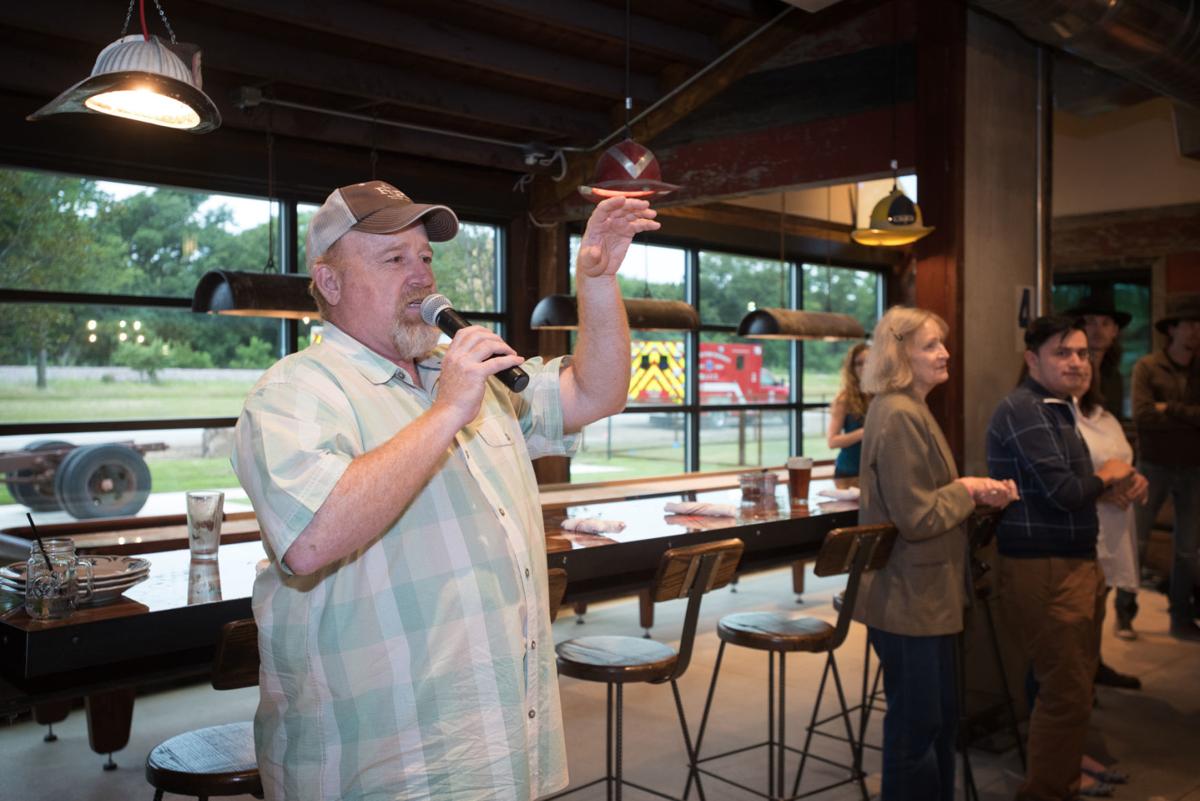 ABOVE — Radical Hospitality Group co-owner Steve Watkins stands in the planned dining room at the H2Oak site in Denton.

Steve Watkins stands in the future venue-style area of H2Oak on the 200 block of East Hickory Street in Denton, Texas. Wilkins is the co-owner of Radical Hospitality Group which is renovating the location into a barbecue restaurant set to open later this year.

ABOVE — Radical Hospitality Group co-owner Steve Watkins stands in the planned dining room at the H2Oak site in Denton.

From a new barbecue restaurant in downtown Denton to new locations of Lone Star Attitude Burger Co. and Barley & Board, Radical Hospitality Group is continuing to expand its footprint in Denton and beyond.

The restaurant group, owned by a cohort including John “Sparky” Pearson and Steve Watkins, started with LSA Burger in 2013. Now, the company has a dining complex out in Argyle with Earl’s 377 Pizza, Bumbershoot Barbecue and other concepts it’s backed financially.

After years of sitting vacant along East Hickory Street, the old Travelstead building has a new purpose: housing H2Oak.

The spot was supposed to be developed into a brewpub with Audacity Brew House in 2016, but that never came to fruition. Audacity eventually closed up shop in late 2017, before the H2Oak project got off the ground.

Now, the 8,000-square-foot spot will be home to a new barbecue restaurant that features a large stage and 12,000-square-foot backyard that might even house a whiffle ball league, Pearson said.

“We were standing here, just giggling at the idea that we were between Hickory and Oak [streets],” Pearson said.

“And those are the two primary woods for smoking meats,” Watkins continued.

“So it was pretty hilarious, and we were like, ‘OK, this starts to tell a story,’ and from that, it’s evolved to this barbecue-and-backyard concept,” Pearson said.

Set to open by the time school starts in late summer, the restaurant will smoke meat on site. Customers will order their meat as they walk in, and get a GPS-enabled table marker so a server can find them. The rest of the dining experience comes with a server, who handles the rest of the menu and drink orders.

“This way, it’s more hospitable,” Watkins said. “I don’t expect guests to hoof it up to the front to get a drink.”

The restaurant will feature live music set off from the main section of the facility, with a large stage and a full green room. This portion of the space can be shut off for special events and concerts, and will accommodate about 400 people, Watkins said.

“We believe in live music and artists,” Pearson said. “I hope we always stay a place where you can listen to live music.”

The top floor of the Wells Fargo building, now called the Locust 101 Tower, is slated to open in July.

The event space is still a bit of a blank canvas, with 5,500 square feet to host parties, fundraisers and other happenings.

Pearson said growing up he never got to see that top floor lit up, because even when it was occupied it was regular office space that shut down at 5 p.m.

“We’re building a wacky idea,” Pearson said as he started to describe a future Cajun restaurant in Celina.

The 6,000-square-foot restaurant with a large, covered patio is based on the concept of Bongo Beaux, a character from rural Louisiana who just wants to play bongos in a jazz band.

Initially, city officials reached out asking if the restaurant group would build another LSA Burger location, but Pearson came up with this concept instead. The community hosts a crawfish boil every year, but there’s no Cajun restaurant, he said.

“What makes me excited is the idea of a community-driven place that’s fun and they’d like,” Pearson said.

Matt Elgiar, a longtime kitchen manager with LSA Burger who is a New Orleans native, is heading the restaurant and its recipe development, Pearson said.

Barley & Board and LSA Burger expansion

Location: Grandscape in The Colony

The Grandscape is a 400-acre development anchored by Nebraska Furniture Mart in The Colony, and has been under construction since last summer.

LSA Burger and Barley & Board will be among dozens of restaurants in the complex, Pearson said.

“We don’t do copies — we do sequels,” he said. “So for Barley & Board, they can only take one item per section of the menu, so you will have a different culinary experience than here in Denton.”

The Barley & Board footprint will be slightly larger than the Denton location, with 7,500 square feet. Chef Chad Kelley is heading recipe development for the new location, then shifting to working on LSA Burger.

Barley & Board is slated to open in the fourth quarter of this year, then the 10,000-square-foot LSA Burger restaurant will open in the summer of 2020, Pearson said.

“They’re bringing unique concepts from around the world to Grandscape, and the culinary stuff will be off the charts,” he said. “It’s going to be a pretty neat lineup down there.”