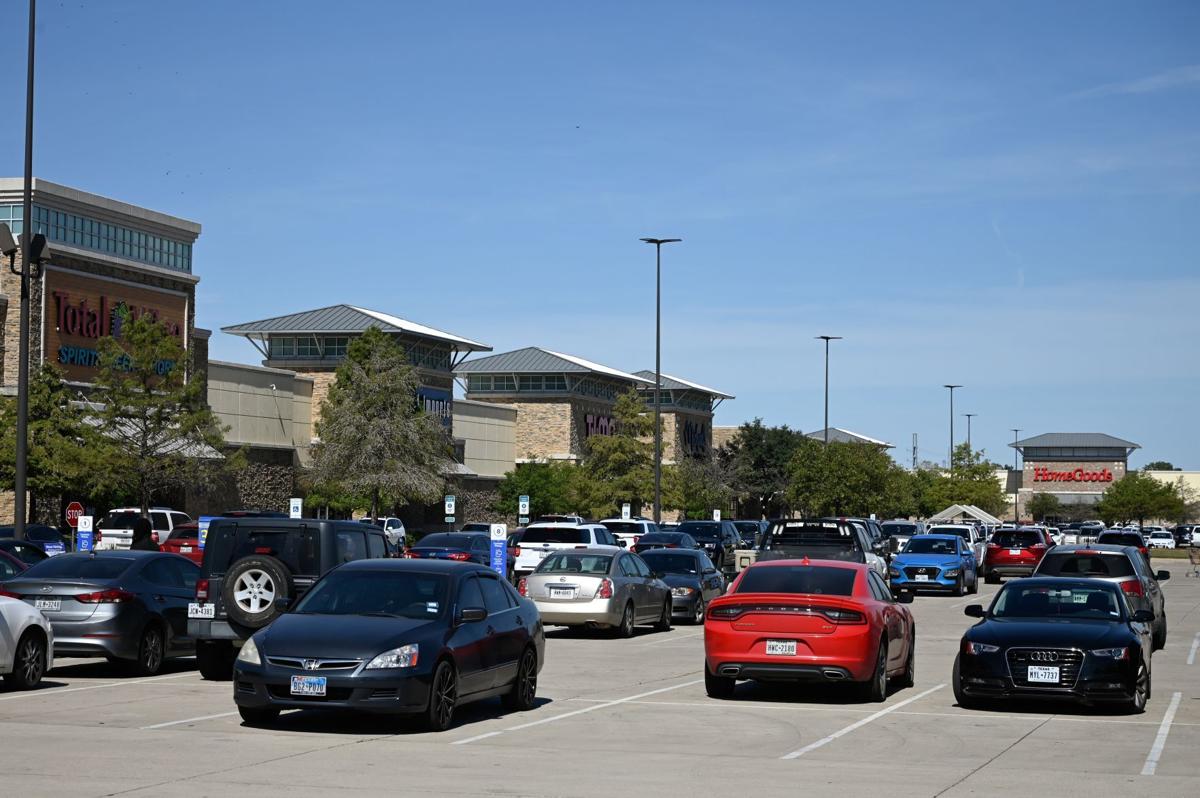 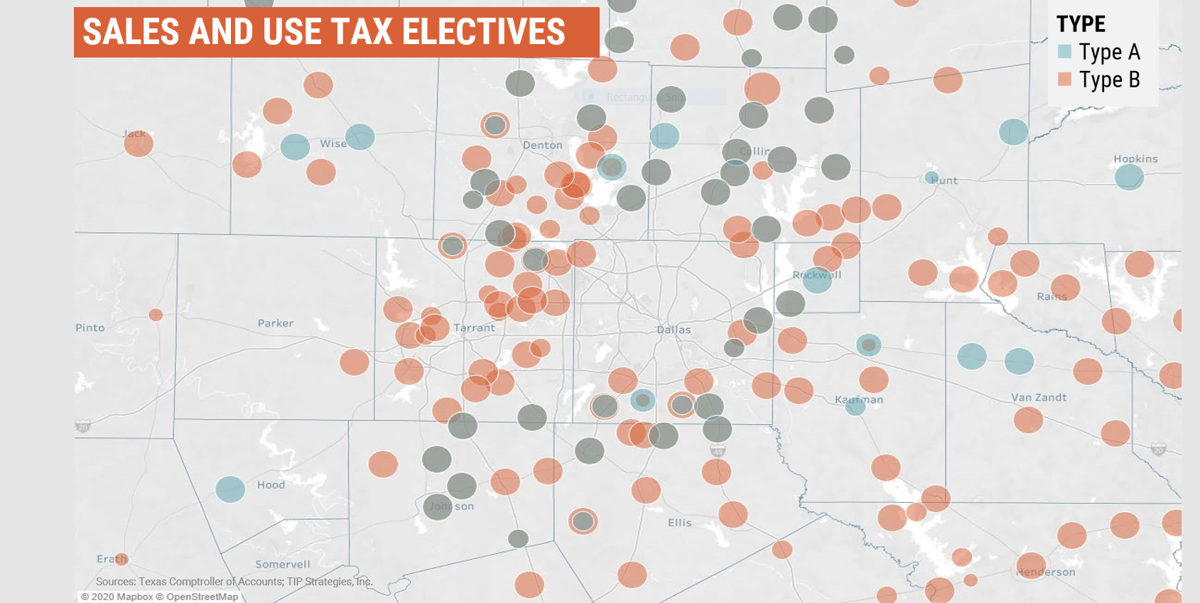 It remains one of the fastest-growing cities in America — but Denton is at a disadvantage when it comes to competing with other municipalities in the area, community leaders assert.

“Economic development funding is important to the city because we are in a highly competitive market in the Metroplex region,” Mayor Chris Watts said. “If we can’t even say to companies, ‘We can offer you this,’ we won’t even get a look. But if we can get a look, we can get an offer. Do we want to bring this company here? What kind of corporate partner are they going to be?”

What Denton can offer hinges on its revenue sources for economic development. It does not have a Type A or Type B corporation, meaning it does not receive sales tax revenue to fund business projects. It is considered an important distinction in economic development because those corporations receive a portion of a city’s sales tax revenue to help fund business attraction.

According to the state comptroller’s office, Type A corporations fund industrial development projects such as business infrastructure, manufacturing and research and development. They also may fund military base realignment, public transportation and job-training classes. Type B corporations can do the same, in addition to spending money on parks, sports facilities, museums and affordable housing.

But in Denton, the half-cent sales tax that state law allows to be used for economic development was appropriated by residents in 2004 for the Denton County Transportation Authority. That leaves the city with few options for funding projects.

The state sales tax rate is 6.25%. In Denton, the local rate is 2%, for a total sales tax paid by consumers of 8.25%. Of the city’s 2% portion, a half-cent of the revenue is allocated for DCTA. One cent goes into the general fund for operations, and the other half-cent is used for property tax relief.

According to city consultant TPI, the neighboring cities of Allen, Coppell, Flower Mound, Frisco, Grapevine, Lewisville, McKinney and Southlake have 4A or 4B corporations, totaling $187 million in revenue.

“So now, we do not have the ability to have any sales tax to go toward economic development,” Watts said. “According to state law, you only get a half-cent for that. So we don’t have any funding. Denton is at a distinct disadvantage when it comes to being able to provide an economic development package to attract businesses.”

When Watts said “we don’t have any funding,” he meant the city doesn’t have that half-cent sales tax for economic development. Denton does have other options.

“We have contributions from the business community, and they always contribute hundreds of thousands of dollars to the Economic Development Corporation Board,” Denton City Council member Jesse Davis said. “The Economic Development Partnership Board is what in some cities would be your economic development corporation. Here, it’s a partnership between the city and the Chamber of Commerce. But it’s also not something that we can look to provide a whole lot more of as a revenue stream for the economic development fund.”

Officials may also use their revenue from return on investment (ROI) from the utility fund and the general fund. According to the city, the ROI for the Electric Fund was increased from 3.5% to 6% through 2021-22.

“If we want to be serious about the money we put into the economic development fund, we’ve got to find other sources,” Davis said. “We can take it from the general fund, from sales tax and ad valorem taxes. But the general fund is also there to pay for street maintenance and fire and police and all the things the city does.”

The city’s 2020-21 budget projects more than $4.2 million in economic development revenue. Its total budget is about $1.4 billion, which includes a projection of more than $36.4 million in sales tax revenue in 2020-21.

Sales tax revenue accounts for 30% of the city’s budget.

In municipal government, incentives could be anything from sales tax rebates afforded through Chapter 380 agreements to land acquisition. And in economic development, it is a competitive proposition.

“It kind of depends on the industry, but we compete with Addison on office jobs, and Richardson, Frisco and Plano,” Davis said. “A lot of people like to joke that Frisco is the city that Denton built because of opportunities that we passed up. I like to say, ‘Don’t Frisco my Denton.’ I think Denton is a special kind of place. Denton has got a culture and a factor to it that is conducive to a tech startup. Richardson has the edge on us when it comes to finance firms and white-collar office jobs.”

In Denton, incentives include reducing property taxes for a set period if recipients meet criteria, sales tax rebates and job grants (Chapter 380 agreements) based on performance, job creation and city policy, infrastructure assistance to lessen the cost of water or wastewater improvements, and reinvestment and improvement zones.

“Some have said the city shouldn’t be giving out economic development incentives because people should want to come here anyway,” Watts said. “I understand that argument. But you’ve got to be able to compete. I think it’s important that we have the ability to attract and provide incentives to the companies we want there.”

But it’s not just about offering incentives, said Marty Rivers, former chair of the Economic Development Partnership Board.

“The 380 agreement is just one of the tools available. What a lot of people don’t understand is that we generally are not giving money to people to come here. Companies choose us for a number of reasons — transportation, availability of buildings, availability of land, school districts and available housing. All of that plays a big role in how they get here. Most of our agreements have been reimbursement of funds … over time.”

And Jessica Rogers, the city’s director of economic development, agreed.

“In Denton, we are focused on building an ecosystem where all businesses can be successful,” she said. “That includes focusing on workforce development, addressing socioeconomic barriers and promoting an inclusive economic environment for our diverse city. We also focused on maintaining a unique and exceptional quality of life for our residents.

“Many of these initiatives happen through creative public-private partnerships that engage the business community, nonprofits and various government agencies,” she said. “One of the best things we can do is listen to our business community and provide them support and resources through our partnerships.”

Michael Carroll, a professor of economics at the University of North Texas, said he disagrees that Denton is at a “disadvantage.”

“I think there are other avenues that the municipality can use,” he said. “I think there’s probably value in that. I don’t think using that half-cent for transportation is going to really impact us. We’ve had a strong growth rate and relocations.”

“The good news is that Denton is strategically located, and Denton, as a whole, has a lot more going on so we are able to compete with the tools that we do have,” he said.

In the city’s 2020-21 budget, officials noted that the largest commercial and residential projects in the city will be the Cole and Hunter Ranch developments, which were approved in early 2020.

According to the TPI study, the biggest threats to Denton are growth in neighboring cities, higher wages in other areas of the Dallas-Fort Worth area and out-migration of talent.