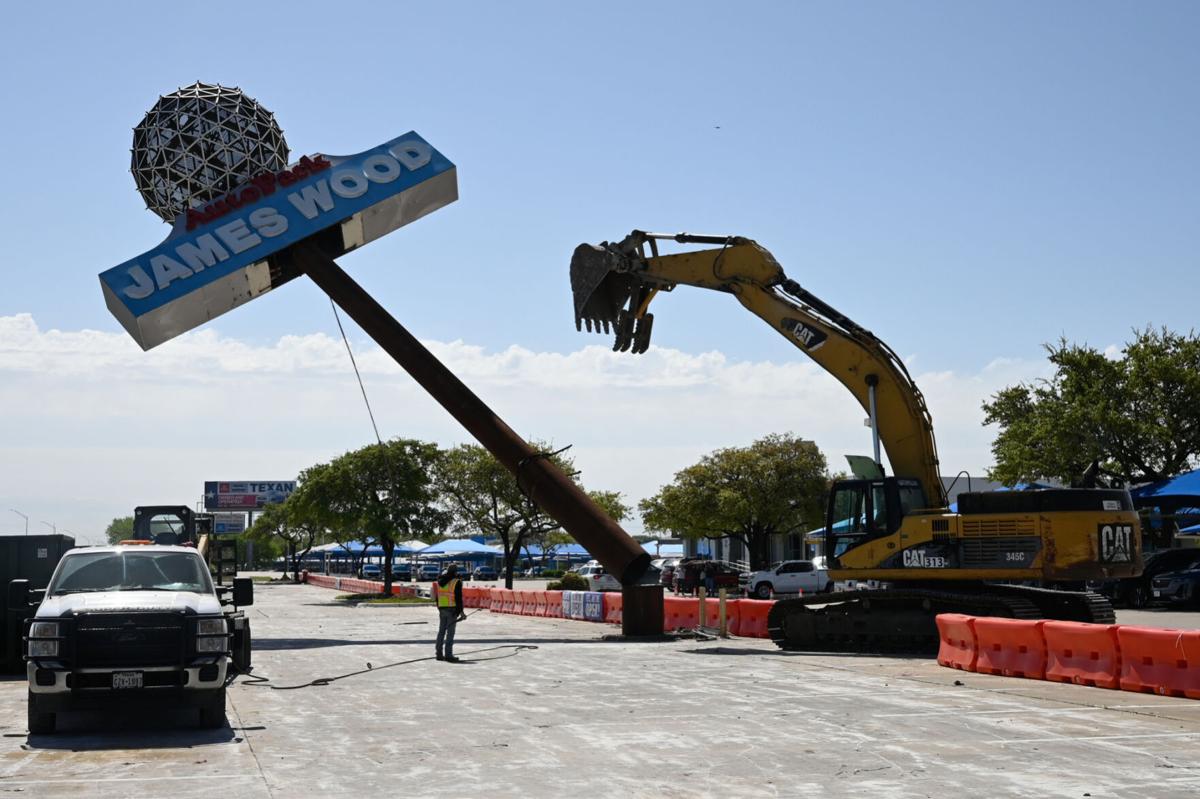 Construction crews knock down the iconic sign at James Wood AutoPark on Wednesday. The sign was in the path of a future expansion of the Interstate 35E frontage road. 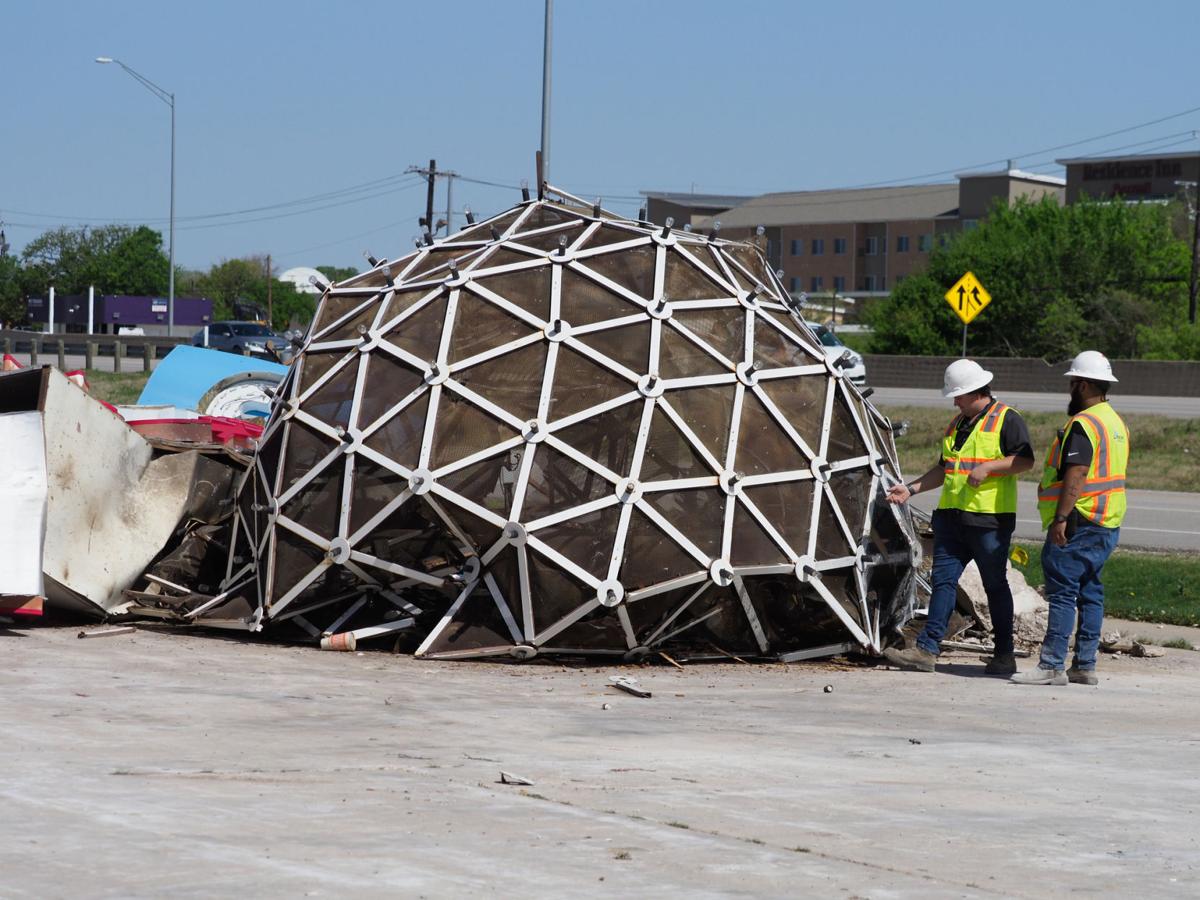 Construction crews clean up James Wood AutoPark’s iconic sign after it was taken down on Wednesday. The sign had stood along the interstate at the southeastern edge of Denton since the mid-1980s.

A handful of car dealership employees looked on Wednesday as a decadeslong Denton landmark was quietly toppled for an upcoming highway expansion project along Interstate 35E.

The sign, along with about 50 feet of the dealership’s front lot, was in the path of the Texas Department of Transportation’s interchange improvement project, which is expected to open for construction bids in early 2023. The city will take about an additional 20 feet of easement, with the dealership losing many of its front parking spots, James Wood executive manager Russ Ellis said.

TxDOT has been in negotiation with the dealership for about a year, coming to an agreement in October and beginning work in January, Ellis said. The $77 million highway project involves interchange reconstruction at I-35E’s intersection with Mayhill Road and the expansion of four frontage road lanes from South Loop 288 to Pockrus Page Road.

James F. Wood, who owned namesake dealerships in Denton and Decatur for decades, died in April 2020 at the age of 82.

The sign has been at the dealership since around 1986, Ellis said, and the eye-catching silver ball is even part of the logo on the showroom’s website. The dealership plans to pave land behind the auto park’s buildings to relocate some inventory and, eventually, construct another sign out front that pays homage to the original.

“We definitely want to put it back up,” Ellis said. “Hopefully within a year, we’ll have everything permitted with the city where we can put up another sign just like it.”