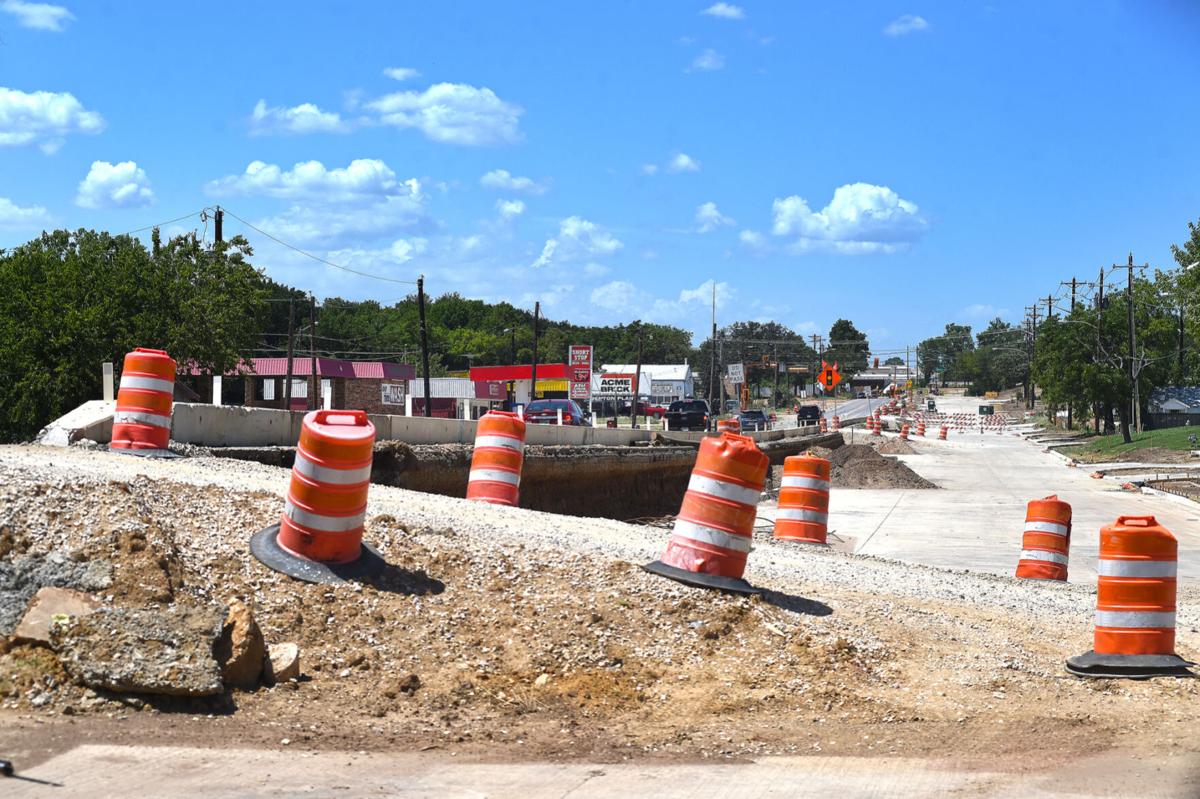 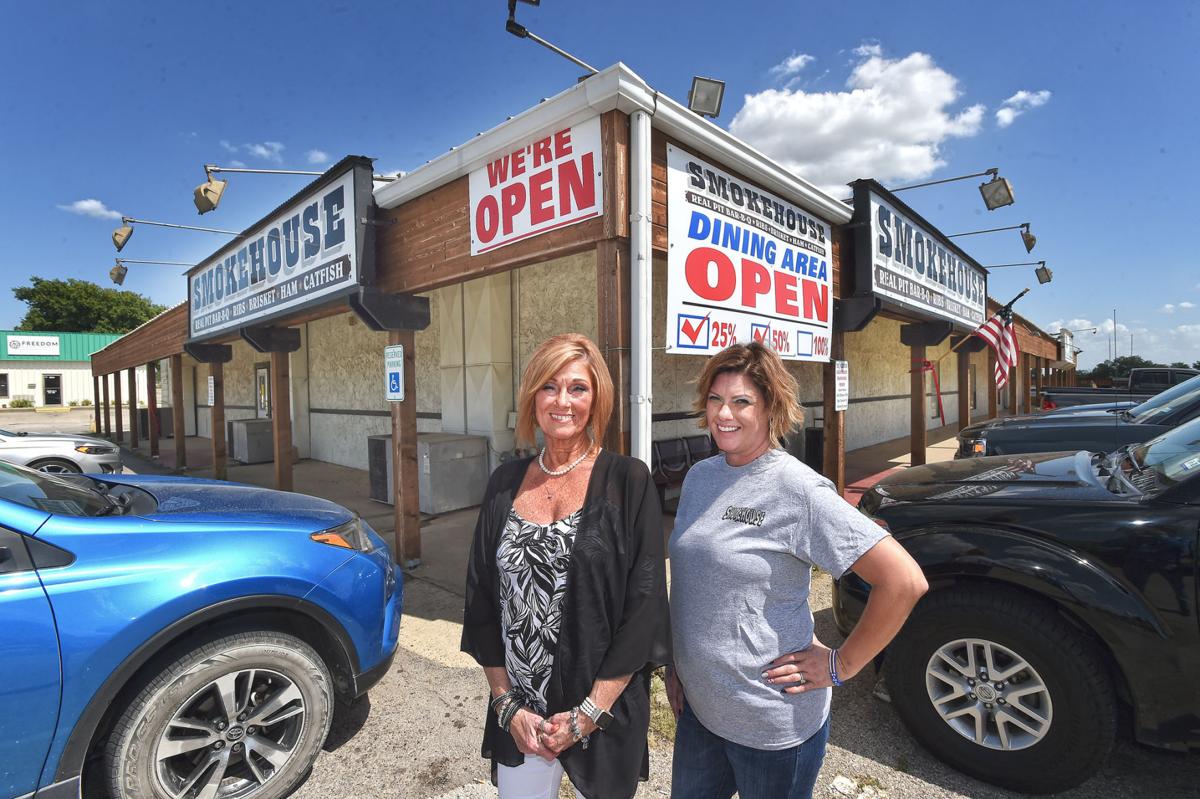 Smokehouse owners Janet Koelzer and her daughter Piper Fuhrmann stand in front of their family-run barbecue restaurant on Fort Worth Drive. Koelzer said business has improved now that construction has moved to the other side of the road. “People know where to get in and out,” she said.

Nearly two years after the start of road-widening construction and months into the COVID-19 pandemic, businesses along Fort Worth Drive continue adapting to survive as they face the compound hurdles.

The project, which began in October 2018, will widen U.S. Highway 377, also known as Fort Worth Drive, to six lanes from Interstate 35E to south of Country Club Road. Emily McCann, a spokesperson for the Texas Department of Transportation, said the project is now scheduled for completion in early 2021, instead of this December, because of unforeseen utility issues.

The construction has greatly impacted businesses along the road, many of which have endured restricted access and traffic congestion.

In June 2019, many business owners said they had lost a substantial amount of their revenue. Smokehouse owner Janet Koelzer estimated her barbecue restaurant was managing only a quarter of the lunchtime business as it did before the construction started, primarily because her customers couldn’t get there and back on time. 7-Eleven manager Miko Galan said 50% to 60% of her business was gone because the store’s Fort Worth Drive entrance was entirely restricted as the northbound lanes were being widened.

Now, over a year later, the northbound side’s widening is complete. With their access restored and congestion eased, the businesses have been able to stabilize themselves, even in the face of the pandemic.

“Since it has moved to the other side, it’s been amazing,” Koelzer said. “People know where to get in and out.”

Koelzer’s restaurant is serving a limited number of dine-in customers due to the COVID-19 pandemic, but she said most of the customer base has been understanding. Though the circumstances aren’t ideal, the Smokehouse has been able to stay afloat.

“We’re not making millions but we did survive,” she said.

The 7-Eleven has fared better. Galan said the convenience store gained back a majority of its business once the northbound side of the road was completed and that the virus hasn’t made much of an impact on sales. She previously said the construction was a headache, but she thinks it will be a net positive once it’s finished.

“It widens the street for traffic flow,” Galan said. “I would say it’s worth it.”

Some businesses have implemented different measures in the face of the virus, such as Mr. Frosty, which asks customers to phone in their orders and wait for a carhop to deliver their food instead of entering the restaurant. The burger spot is located on the southbound side of Fort Worth Drive, which is currently being widened.

Nearby Donut House is also on the southbound side, but cashier Lizette Reyes said it’s actually been smoother for the shop since construction switched over. However, she said the combination of the pandemic and construction has made a palpable impact on business.

COVID-19 cases continue to climb locally, with the county approaching 5,000 infections after reaching 4,000 a week ago.

“It’s definitely been slower,” Reyes said. “It got easier now that the construction is on this side.”