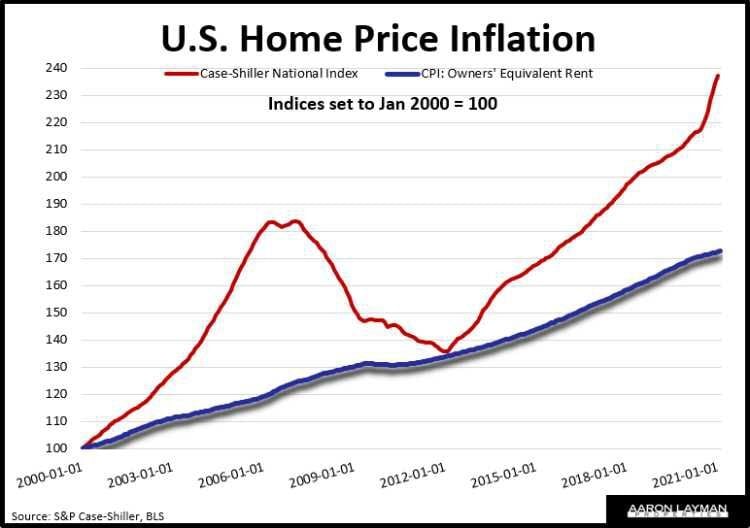 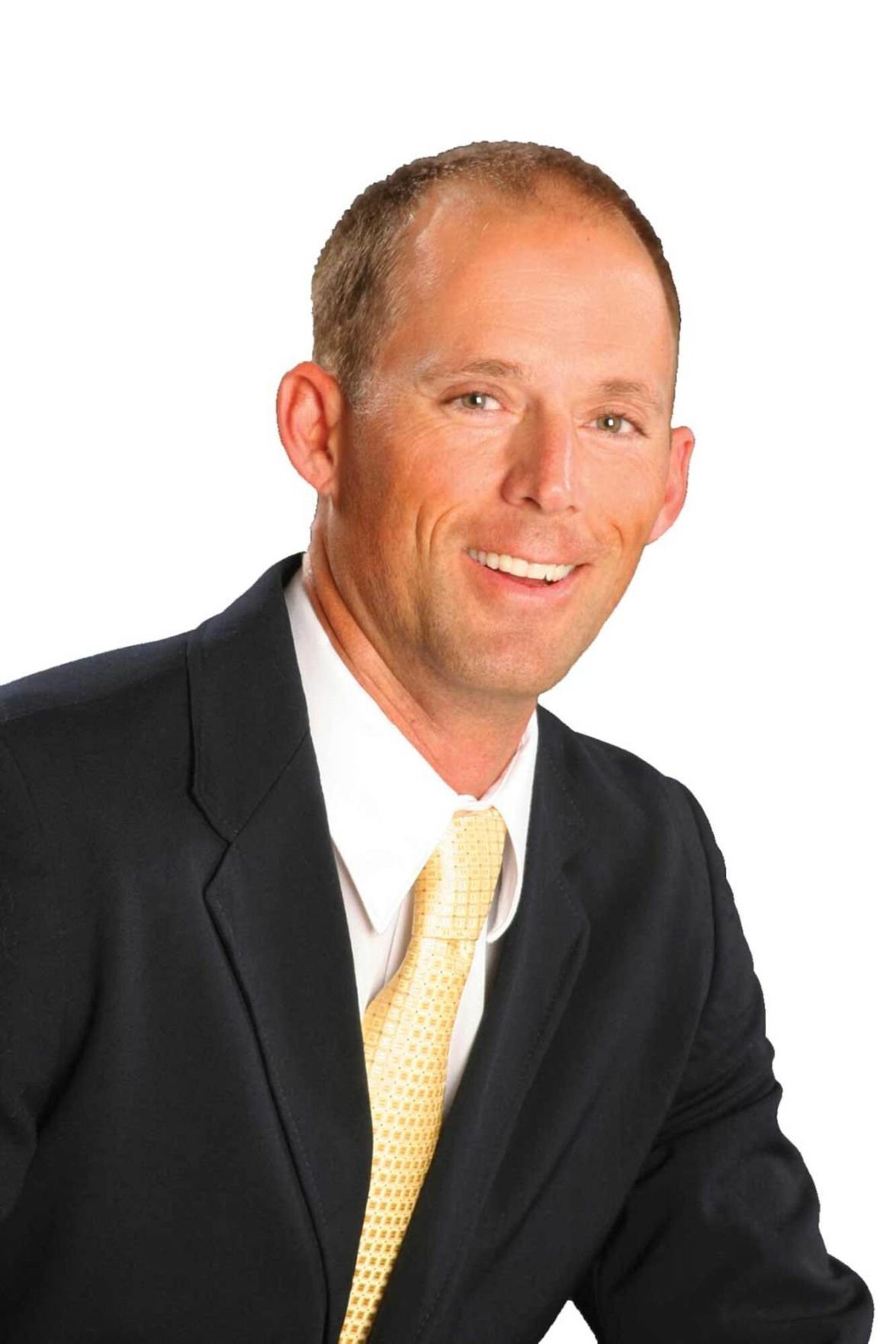 “In reading The History of Nations, we find that, like individuals, they have their whims and their peculiarities, their seasons of excitement and recklessness, when they care not what they do. We find that whole communities suddenly fix their minds upon one object and go mad in its pursuit; that millions of people become simultaneously impressed with one delusion, and run after it, till their attention is caught by some new folly more captivating than the first.”

The City of Denton saw record high for home prices in March as buyers continued to bid real estate to the moon. The median price of a Denton home hit $295,500, an increase of 11.6% from the same time last year. Average prices rose 19.2% to a record $340,537. A sheet of oriented strand board at the local store will set you back $50, and the average price per square foot of a Denton home rose 15.8% to $161. The Powell Fed isn’t impressed. What you obviously need is more inflation.

Denton County home prices went parabolic in March. The median price of a Denton County home rose 16% from March of last year. Average prices rose 23.5% to a new record of $448,566. The number of homes listed for sale in Denton County crashed 71% to only 976 properties. That translates to about three weeks of inventory at the current pace of sales. A normal market for Denton County would be about three months of supply.

The March figures for closed sales show a 10% decrease from a year ago. That’s despite a relatively easy year-over-year comparison when COVID put a damper on home sales last spring. Pending home sales in Denton County rose 7%. That was weaker than the North Texas average. The reason is simple. It’s hard to generate home sales growth if you don’t have any inventory.

The lack of home inventory has led to year-over-year price increases of 20-30% in some North Texas submarkets. The entire Dallas-Fort Worth area has just 1 month of housing supply at the current pace of sales. There were 11,329 homes for sale in the DFW area last month. There were over 38,000 homes for sale in March 2020.

Across North Texas, bidding wars are the order of the day when any moderately priced listing hits the market. If you want to view a home between the median and average price points in North Texas (between $300,000 and $380,000), be prepared to get your checkbook out. “Multiple offers” and “highest and best” are the comments on many listings within a matter of days of hitting the market. It should go without saying that the current housing market is a boon for existing property owners. It’s a horror show for anyone trying to buy a home to live in, particularly if you are a young adult shopping for your first home.

It could be worse. You could be trying to purchase a home in Austin. A Realtor in Austin commented that he’s seen a listing receive as many as 150 offers after hitting the market.

Austin has less than two weeks of inventory. There are some submarkets in North Texas where inventory is just as tight.

Investors and vultures are looking to buy any property not tied down. I’m used to receiving unsolicited offers on rental property. It starts approaching creepy when you’re receiving multiple unsolicited pitches to buy your primary residence. That’s a market out of control. That’s the definition of speculative mania and the fear of missing out.

Sticking to the script, the real estate industry is pointing to all of the symptoms plaguing the U.S. housing market while avoiding the elephant in the room responsible for the insanity. If you read industry “news,” the causes of the insanity are a lack of building, inflated lumber prices, restrictive zoning and the hoard of investors snatching up residential real estate.

‘The first rule of Fight Club is: You do not talk about Fight Club’

Let me repeat myself in case it hasn’t sunk in by now. If you are looking for the epicenter of the U.S. housing crisis, all roads lead to the Marriner Eccles building in Washington D.C. The message from Fed Chair Jerome Powell and the Federal Reserve to young adults shopping for a home is pretty clear: Let them eat cake!

This is all happening as the Federal Reserve continues $120 billion per month in asset purchases to inflate its $7.7 trillion balance sheet.

Jerome Powell and the Federal Reserve have turned the U.S. housing market into a COVID freak show. In their rush to bail out Wall Street and existing asset holders (again), they unleashed a host of related problems which will take years (if not decades) to sort out. Not surprisingly, corporate-owned U.S. media is giving the Fed a free pass as Fed wages economic civil war. I do not make that statement lightly.

Blogger Wolf Richter is spot on correct when he says that what the Fed is doing is an effective way to tear the country apart. Neither party in Congress is calling out the Fed for their ridiculous spin about supporting the economy. This is not exactly a shock since most members of Congress are now millionaires.

The Fed is supporting existing asset owners, NOT the overall U.S. economy. The U.S. real estate market is a perfect example. The Fed’s own wealth distribution data lay out the fraud of the Fed’s trickle-down policies very clearly. The Fed knows the bottom 50% of the population don’t own many assets. For those who do, real estate is the largest source of wealth in the bottom 50% cohort. It should come as no surprise that the top 1% has more real estate wealth than the bottom 50% of Americans. That’s not an accident. It’s a policy choice.

When the Federal Reserve inflates the housing market as it has clearly done, most people in the bottom 50% don’t benefit. They do have to pay more to rent as the cost-of-living increases. As a result, they get further locked out from buying a home. This is exactly what is happening in the current housing market. The situation for the bottom 50% is even more dire if you look at financial assets like stocks since this group have little if any financial assets.

According to Powell, COVID remains the primary risk to the U.S. economy. Rampant asset price inflation, speculation, misallocation of capital and spiraling wealth inequality are not a problem according to the Powell. Powell’s message was pretty clear if you were paying attention. The Federal Reserve aims to continue pouring gasoline into America’s corrupt financial system. As long as Powell’s millions in Blackrock investments are hitting new highs, it’s apparently going to be full steam ahead with rates at the zero bound and continued QE. Wall Street can continue partying like there’s no tomorrow, absent any meaningful regulation or oversight.

It’s difficult to believe such misdirection and misinformation came from Jerome Powell’s mouth, unless you understand the role of modern central bankers. Powell happens to be one of the wealthiest Fed chairs in U.S. history. If you think he’s concerned about the plight of the bottom 50% of Americans in the U.S. economy or their struggle for affordable housing, you haven’t been paying attention.

AARON LAYMAN is the owner-broker of Aaron Layman Properties LLC. Contact him at 940-209-2100 or sales@aaronlayman.com or www.aaronlayman.com.