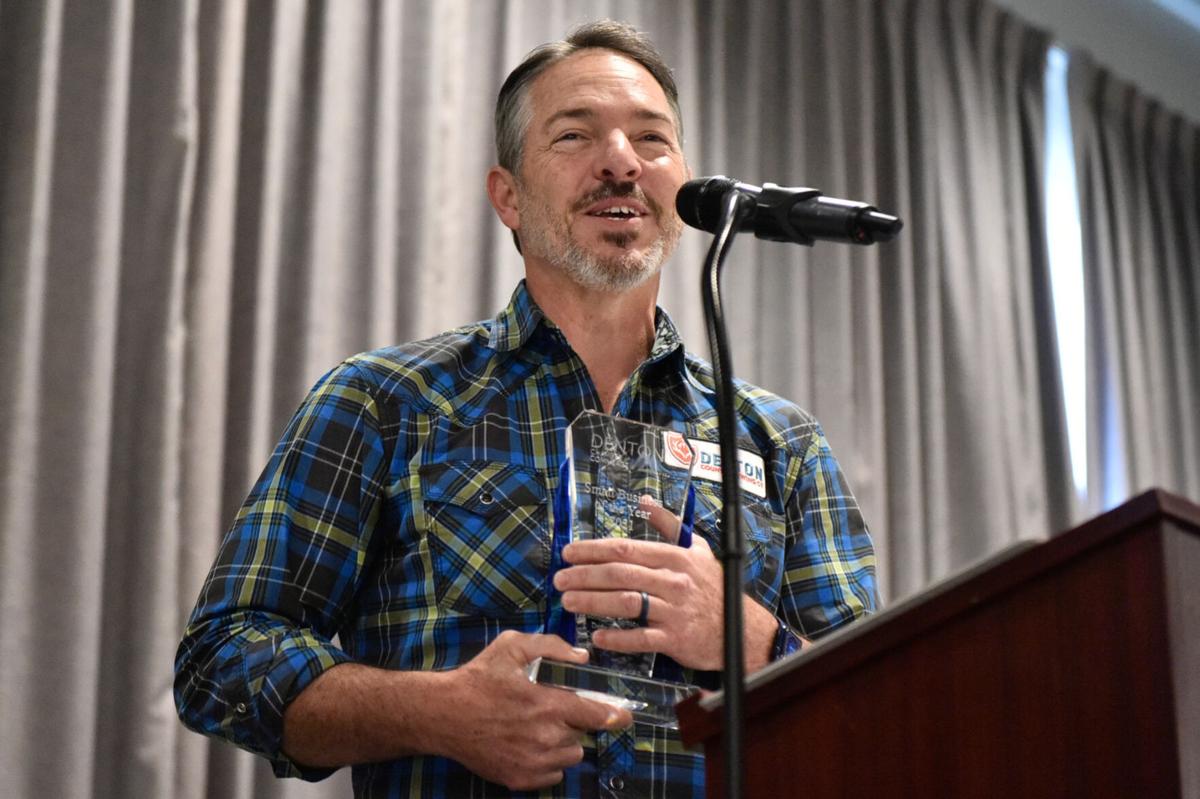 Seth Morgan, owner of Denton County Brewing Co., accepts the Small Business of the Year Award during the Denton Chamber of Commerce’s Small Business Awards Luncheon on Thursday. “When you start a business … you do it because you have a passion, you have something you want to follow, and you do it for your community,” Morgan said. 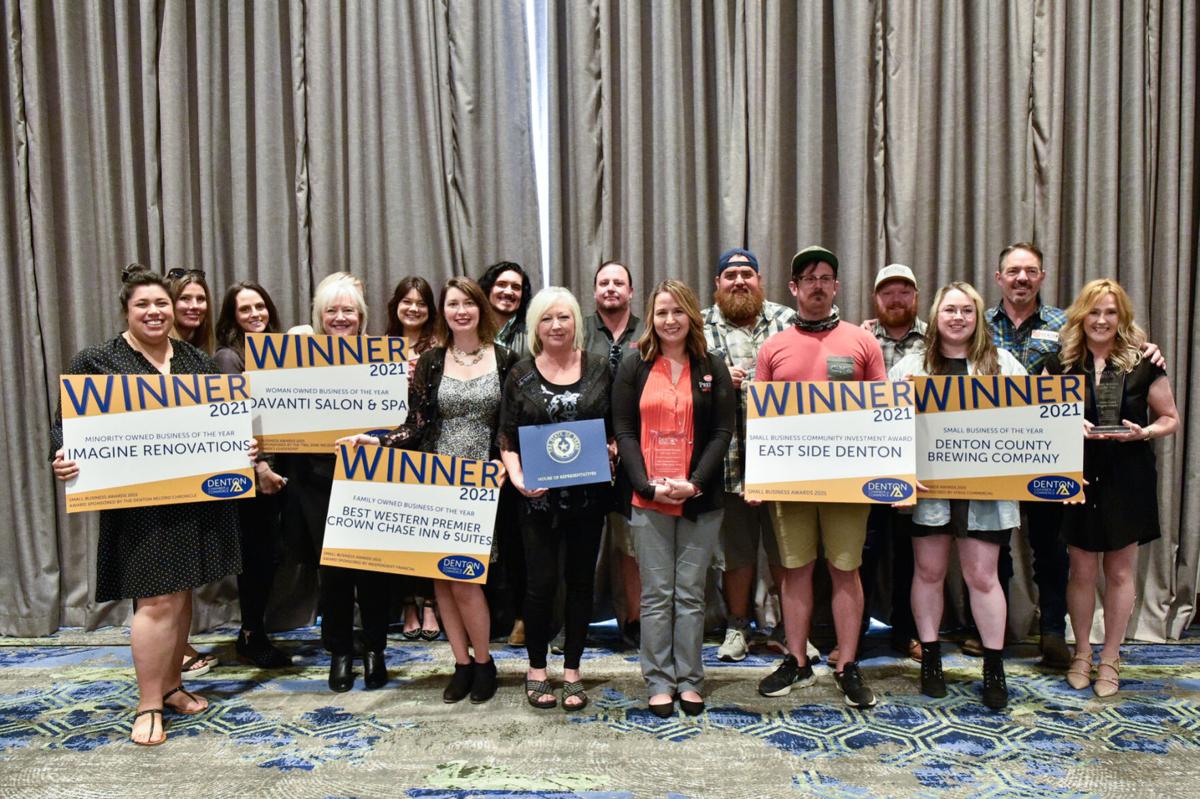 Award winners pose together for a photo during the Denton Chamber of Commerce’s Small Business Awards Luncheon on Thursday at Embassy Suites by Hilton Denton Convention Center.

DCBC owner Seth Morgan received a standing ovation as he approached the podium to take home the ceremony’s most coveted honor. The Small Business of the Year Award goes to a chamber member and for-profit business that offers high-quality products or services, exhibits strong employee relations and demonstrates leadership in an industry, among other accomplishments.

Verus Commercial owner Greg Johnson, who introduced the award, acknowledged the brewery for its dedication to Denton and its efforts to help employees and local residents during the COVID-19 pandemic and the winter storm in February.

Morgan said passion for the community has always been at the heart of Denton County Brewing Co.

“When you start a business … you do it because you have a passion, you have something you want to follow, and you do it for your community,” Morgan said during his acceptance speech. “It is about the beer, but it’s not about the beer — we wanted to create something that would give back and share in what we do, and that’s exactly what has happened.”

LashUp BrowDown took home the New Business of the Year Award, which recognizes a business operating between one and three years that has gained a positive reputation, used innovation and grown. The Community Investment Award, which recognizes outstanding community service contributions such as special programs, partnerships and employee volunteerism, went to East Side Denton.

“A very wise person told me one time that if you take care of your business, the business will take care of you, and I believe that has happened today,” Davanti owner and president Tracee Herring said during her acceptance speech.

Chilli Peña, who accepted Imagine’s award on behalf of owners Isabel and Luis Gachuzo, encouraged those present to continue supporting minority-owned businesses to strengthen the community.

Nominations were accepted online for the awards, and a nominating committee made up of chamber members selected the final three nominees in each category ahead of Thursday’s event.

The decision to celebrate small businesses this year was an easy one, Thomas said.

“We were supposed to actually do it in May of last year, but because of COVID we had to cancel that, unfortunately, so we wanted to do it this year,” Thomas said. “We thought it was the perfect year to start this up because of how crazy last year was — our small businesses have been through so much.”

Although the luncheon ended shortly after the Small Business of the Year award was announced, Morgan invited attendees to continue the party — hopefully for them, with drinks on the house.

“Congratulations to all of you who had the guts and the integrity and the moxie to open a business, especially in a tough time,” Morgan said. “Thanks to everyone and the Chamber of Commerce. Afterwards, come over to Denton County Brewing Co. or East Side for a beer — let’s celebrate.”