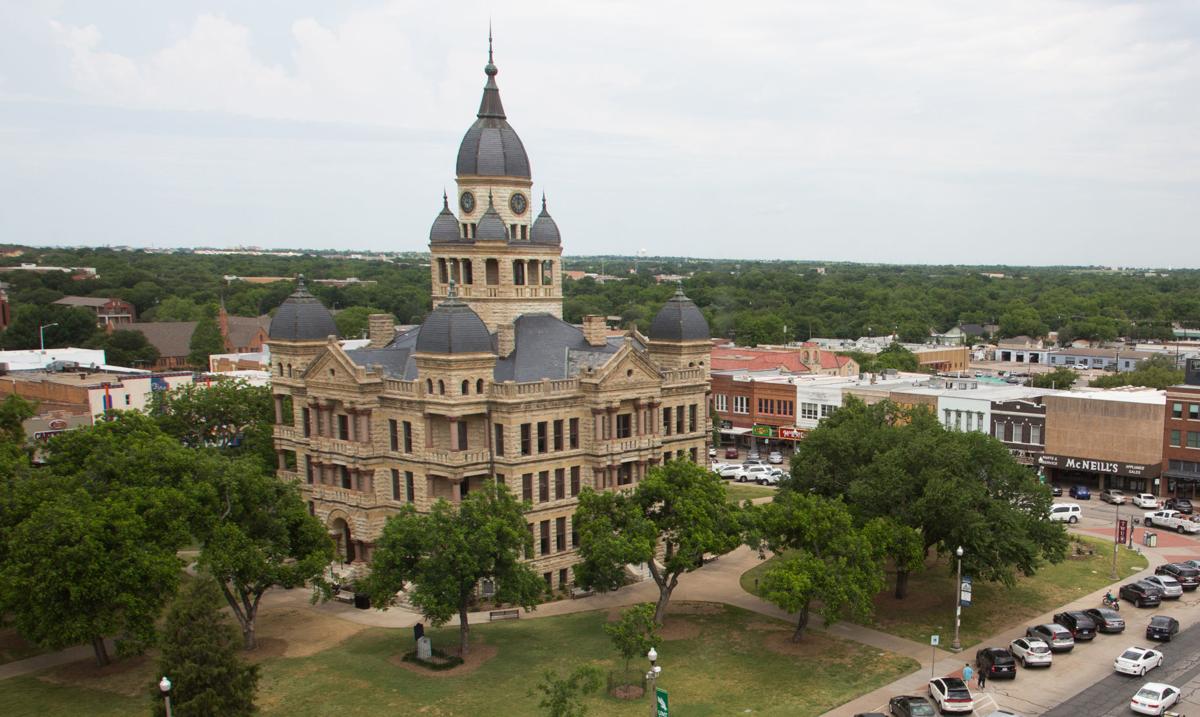 A view from the eighth floor of the Wells Fargo Building looking at the Denton County Courthouse on the Square. A study by financial advisory firm SmartAsset ranks Denton as the No. 2 "boomtown" in the country.

Three of the nation’s fastest-growing and most prosperous cities are in Texas, according to a new ranking.

Denton, New Braunfels and Round Rock are considered American “boomtowns” in a study by financial advisory firm SmartAsset. Using data from the U.S. Census Bureau, the firm examined 500 cities and ranked them based on positive trends in employment, business creation, population growth, housing growth and household income.

Denton came in second, trailing only Longmont, Colorado. It’s known as a college town, serving as the home of the University of North Texas and Texas Woman’s University, and often praised for its music culture.

Since August 2018, the city’s unemployment rate has fallen 0.2%. SmartAsset also ranked Denton as one of the most affordable cities in the U.S. with great school districts this year.

Texas has long been home to some of America’s iconic boomtowns, Houston being one of those during the 1950s when it emerged as an epicenter of the energy industry. Earlier this year, new census data showed Dallas-Fort Worth gained more new residents than any metropolitan area in the country, adding more than 1 million people from 2010 to 2018.

The region’s population now tops 7.5 million, solidifying North Texas’ ranking as the nation’s fourth-largest metro area. It trails only New York, Los Angeles and Chicago, all of which are losing residents.

Texas gained more than 3.5 million people in the eight-year period. That’s the equivalent of 1,000 new residents a day — with a third of those settling down in the Dallas-Fort Worth area.

In North Texas, economic and population growth has crept north from Dallas over the years, clustering around U.S. Highway 380 and state Highway 289 — better known as Preston Road. Just a few years ago in 2013, Frisco held the No. 2 spot among the fastest-growing cities in the U.S. for population growth.

Central Texas, where New Braunfels and Round Rock are located, is also seeing considerable growth. Those two cities had population and economic growth of at least two times the average rate, according to SmartAsset. The cities ranked sixth and 10th, respectively.