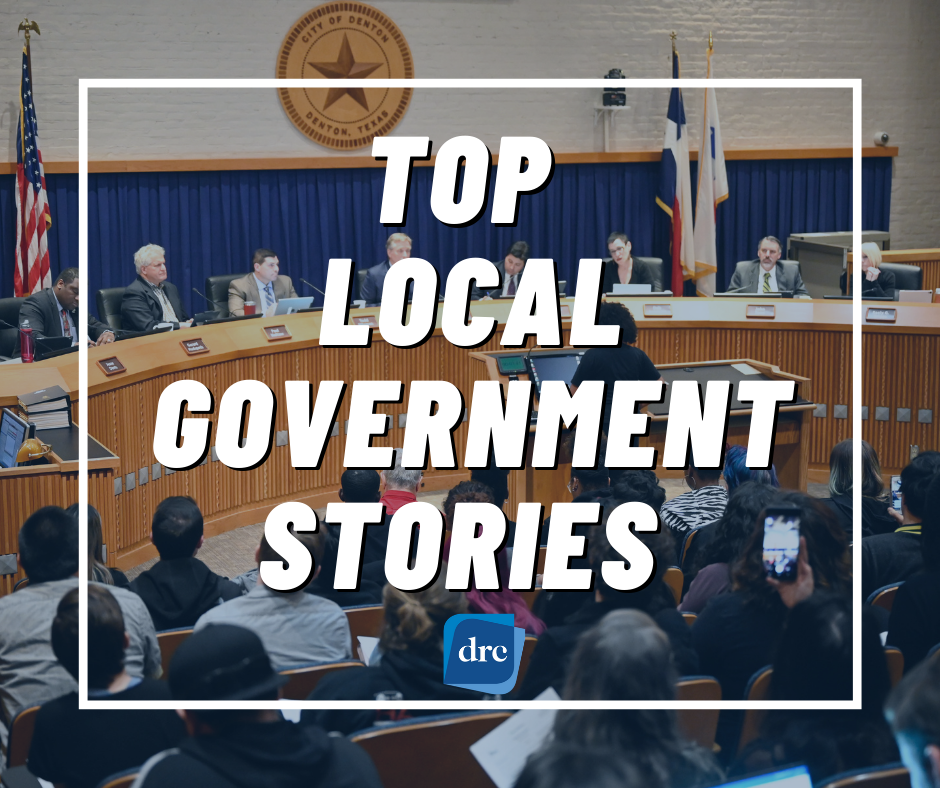 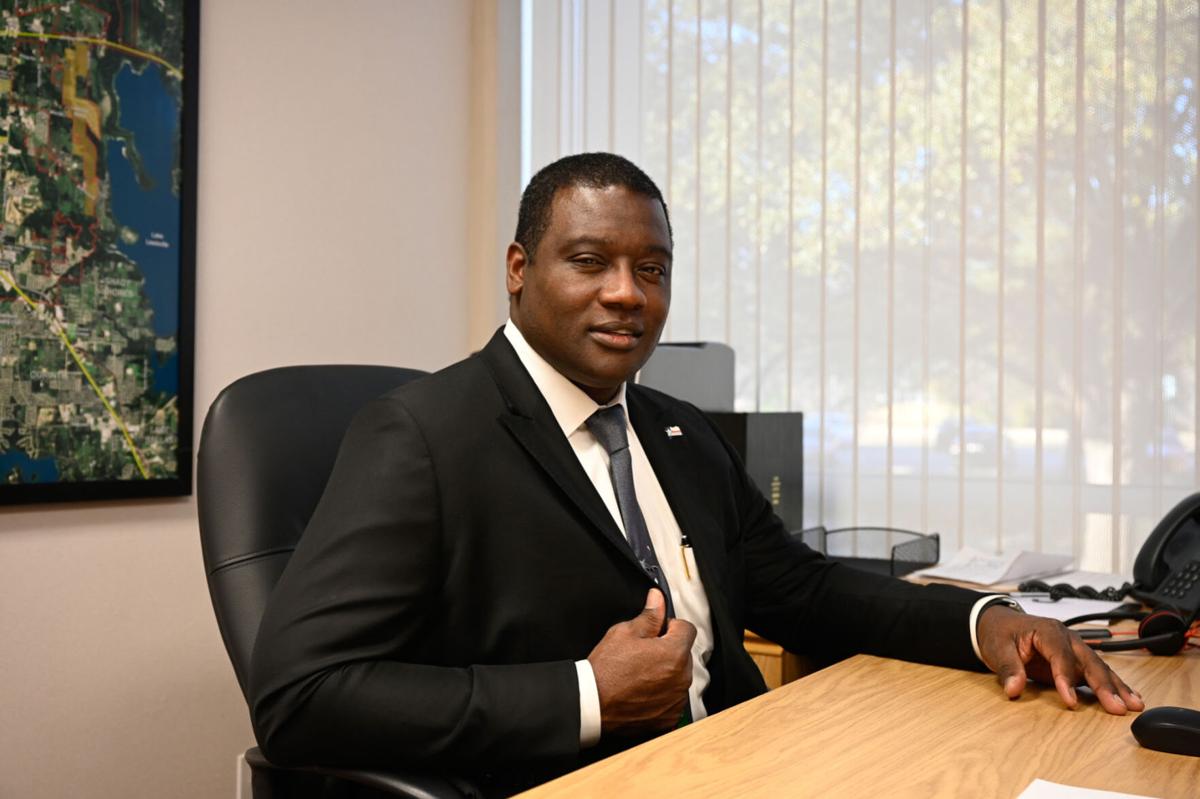 Gerard Hudspeth, elected in a runoff earlier this month, made history as the first Black mayor of Denton. 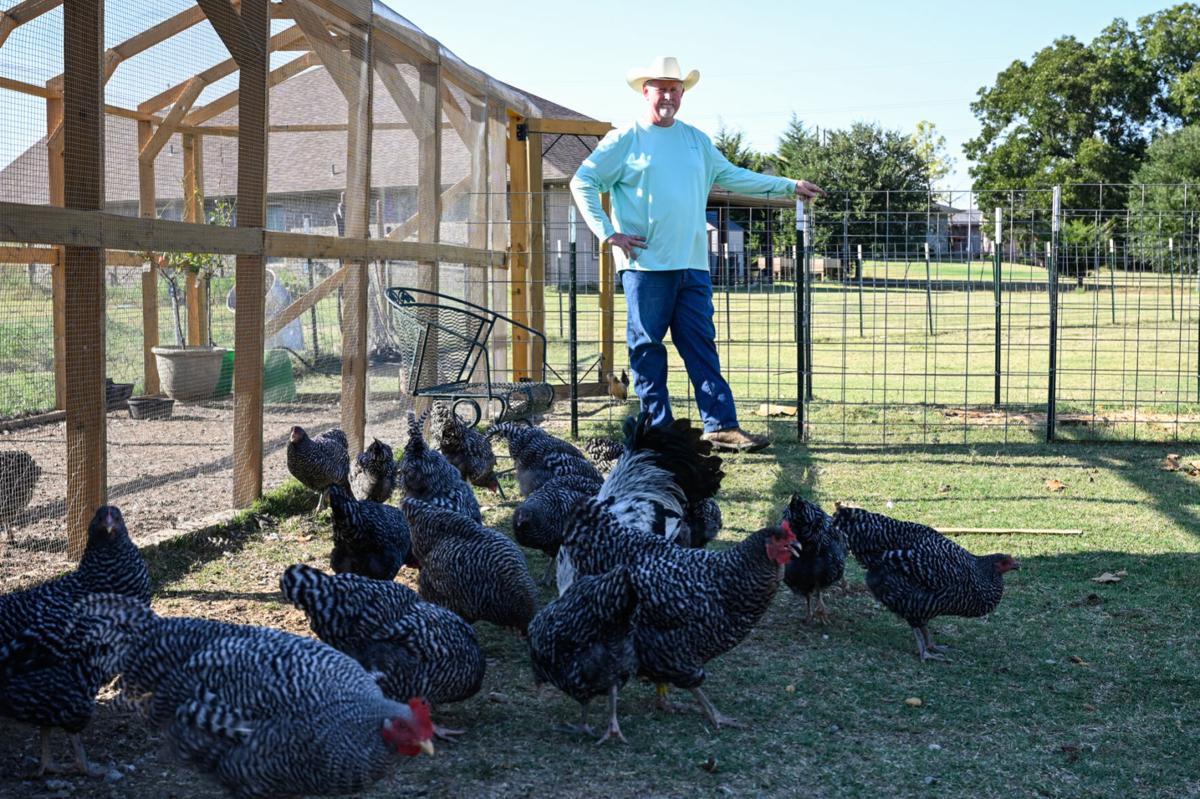 Nathan Harvey, who lives just outside Denton near Argyle, is one of 156 property owners who now have an extra 15 years before the threat of forced annexation into Denton will sprout back. As part of their non-annexation agreement property owners must have an agricultural exemption and adhere to certain development standards set by the city.

Gerard Hudspeth, elected in a runoff earlier this month, made history as the first Black mayor of Denton.

Nathan Harvey, who lives just outside Denton near Argyle, is one of 156 property owners who now have an extra 15 years before the threat of forced annexation into Denton will sprout back. As part of their non-annexation agreement property owners must have an agricultural exemption and adhere to certain development standards set by the city.

Reporters and editors with the Denton Record-Chronicle pored through many editions of 2020 — a year of near-constant change in our lives — to find the biggest stories of the year impacting the city and its residents.

Here are our picks for the top stories in Denton:

"A culture of fear and intimidation": non-annexation agreements around Denton

Nathan Harvey was happy with the compromise he helped secure for himself and his neighbors.

In the lead-up to an Aug. 11 decision by Denton City Council members, Nathan Harvey led an effort to shield 156 property owners from the city’s efforts to annex land bordering Denton — for at least another 15 years, anyway.

The agreements are guarantees from city officials to not annex property bordering Denton under a few conditions: Property owners must have agricultural exemptions, and they must adhere to certain development standards set by the city.

In theory, it keeps substandard development from harming the city, and it helps Denton manage its growth without bringing uninterested property owners into the fold.

It’s also a guarantee that property owners won’t be burdened with higher taxes and city fees during the length of the non-annexation period.

Council members on Aug. 11 agreed to offer the 20-year contracts to all owners of the 156 properties, including those who already signed initial five-year deals. Other property owners have since agreed to the same non-annexation agreements.

Why did a tax resolution in Aubrey put its City Council under fire?

On Aug. 4, Aubrey Mayor Janet Myers downplayed the approval of a resolution that gave the city administrator the ability to calculate a property tax rate that would generate more revenue.

Her reaction came after a split decision (3-2) by Aubrey City Council members to approve the resolution and after state Rep. Jared Patterson, R-Frisco, sent a letter to the governing body criticizing the resolution and saying that municipalities that raised property taxes during the pandemic would be punished during the next legislative session.

Myers did not participate in the vote on the resolution but said she would be remiss if she didn’t present all options to the council. She casts votes only when council members are deadlocked.

Senate Bill 2, passed by the Texas Legislature last session, caps the growth of property tax revenue at 3.5% for municipalities. Aubrey and cities like it would have to get voter approval in a tax rate election to move beyond that 3.5% cap under normal circumstances.

Aubrey officials have not raised the city’s tax rate. It remains $0.54 per $100 property valuation.

This article has been corrected to show the estimated amount Jim Maynard was awarded.

A Dallas judge agreed with the Texas Attorney General’s Office that terminated Denton Municipal Electric employees Jim Maynard and Michael Grim should not receive nearly $4 million they were awarded by a jury for pain and suffering.

The Attorney General’s Office intervened in June to uphold an existing statute that caps payments for mental anguish at $250,000 in whistleblower cases.

Dallas Judge Marty Hoffman ruled alongside the state’s recommendation in July. Grim and Maynard may still be paid for lost wages and benefits, but those accounted for a much smaller portion of the previously awarded $3.9 million.

Eric Roberson, the lawyer representing the two plaintiffs, said Grim and Maynard would receive roughly $1.7 million and $1.1 million. Those amounts are down significantly from the previous $2.1 million and $1.8 million awarded by a jury in February.

Attorneys for the pair argued that now-former Denton City Council member Keely Briggs leaked internal documents to the media and that the city fired Grim and Maynard as retaliation for them reporting the leak. Briggs was never a party to the suit, and she was not sanctioned or disciplined in the allegations.

Roberson had argued they should receive front pay because they were not eligible for reinstatement. Alison Ashmore, a defense attorney hired by the city, argued evidence did not exist that reinstatement wasn’t feasible for Grim and Maynard.

Hoffman ultimately disagreed, opening the possibility the pair could receive front pay. That would mean they would be guaranteed to a career’s worth of money if they are not able to make up the difference with another job.

Two years have passed since U.S. Radiopharmaceuticals was ordered to decommission and clean …

More than two years after U.S. Radiopharmaceuticals was ordered to decommission and clean its defunct manufacturing site in Denton, the radioactive waste remains.

Work was meant to be finished by July 2019, but little progress has been made.

The plant closed in 2009 and has stored nuclear waste at the site on Shady Oaks Drive. Before USR owned the property, Trace Life Sciences made radioactive isotopes that helped treat cancer and diagnose diseases.

Crews did begin work after the initial ruling to clean up, but more low-level radioactive waste was found, and cleanup was halted in May 2019.

At that time, the company cleaning up the site reported to the Denton City Council they had removed about half of the waste. Since then, no progress has been reported.

The company was fined $465,000 by a state administrative law judge for failing to meet that deadline. That ruling was upheld earlier this year.

The Department of State Health Services continues to check in on the site.

Chris van Deusen, a department spokesperson, said the radioactive waste left behind posed “no risk to the public,” as of July.

He said in an email earlier this month that USR will be sent a letter on how to pay the administrative penalty. The matter will be referred to the Texas Attorney General’s Office if USR does not comply with the letter, Van Deusen wrote.

He said the state will continue to work with the site’s owner to ensure the abandoned plant is decommissioned.

He received 53% of the vote for a two-year term and took office on Dec. 17 with other new council members. A litigation consultant and a Denton native, he had left his council seat a month earlier after Birdia Johnson was elected to replace him in District 1.

Briggs, a community volunteer, was in her third term as the District 2 council member. Hudspeth received 8,440 votes in the runoff to Briggs’ 7,430.