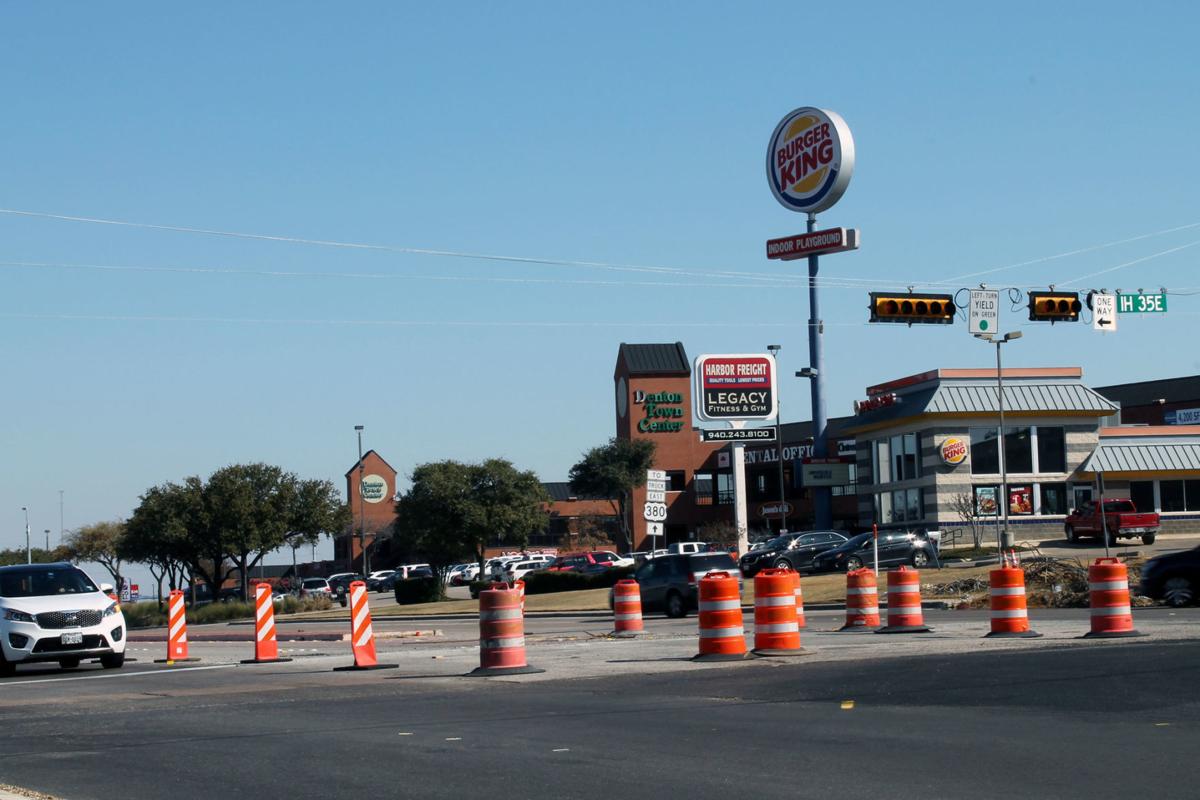 A car sits in traffic as it waits to pass through the South Loop 288 and Interstate 35E intersection in front of Denton Town Center, a retail area where business owners say ongoing construction has affected their customer base. 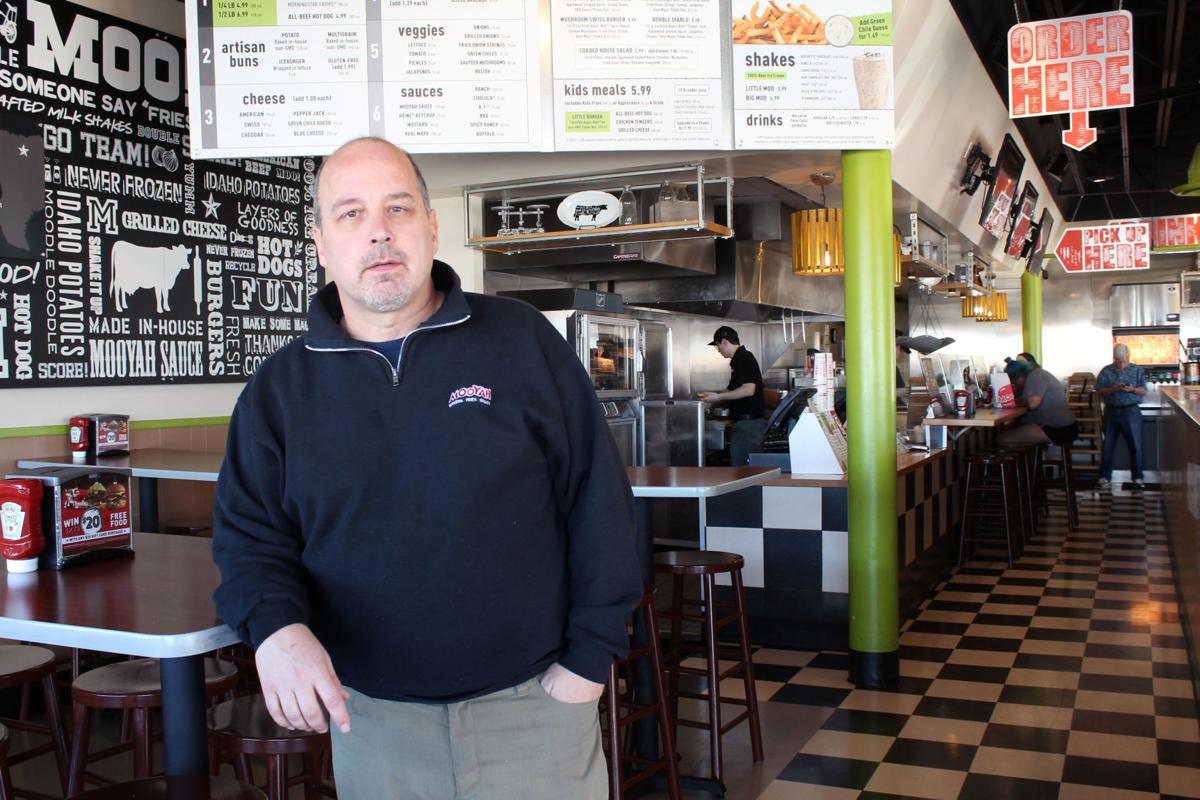 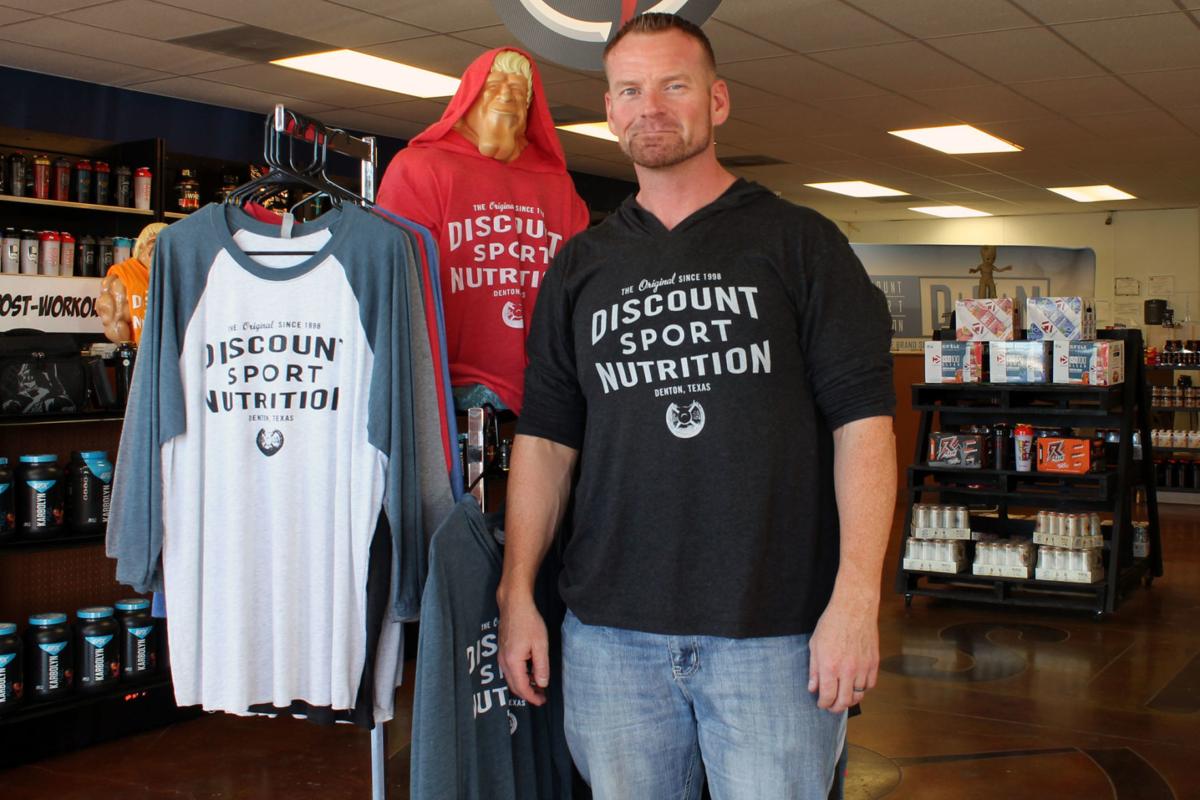 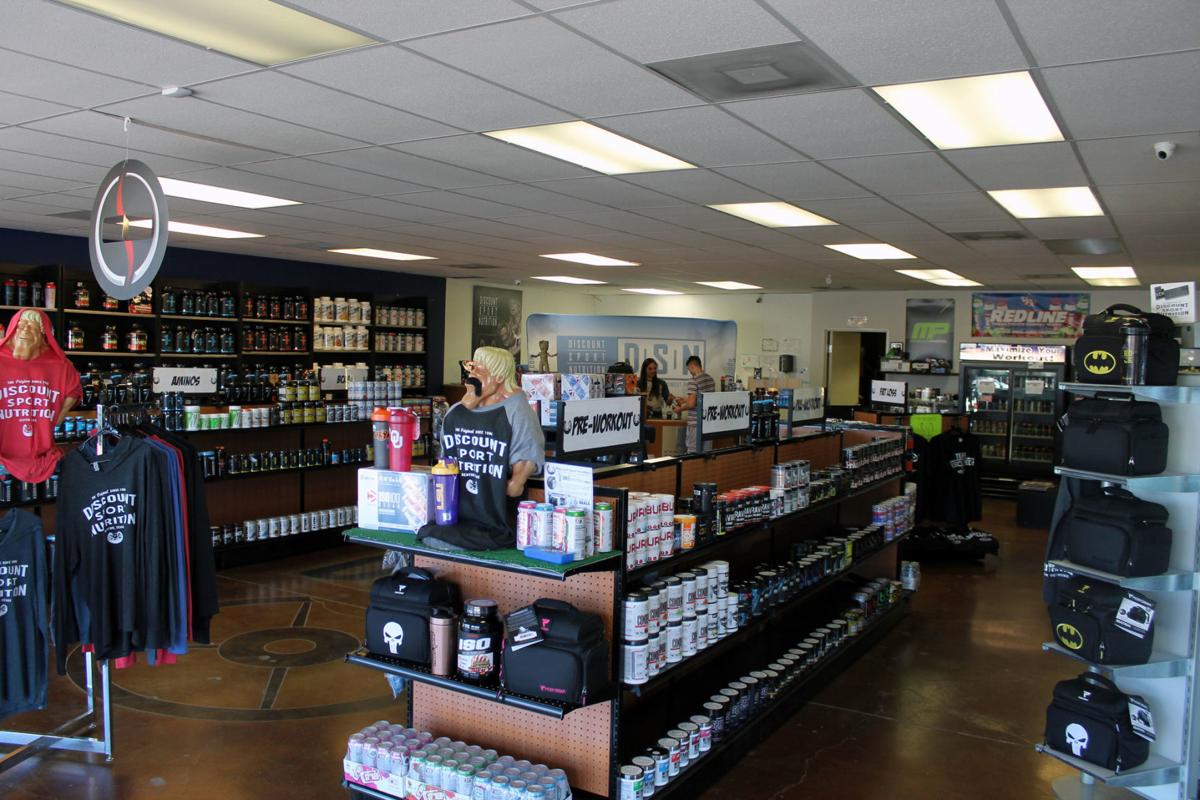 Discount Sport Nutrition is a protein and dietary supplement store that's geared toward sports and athletics. 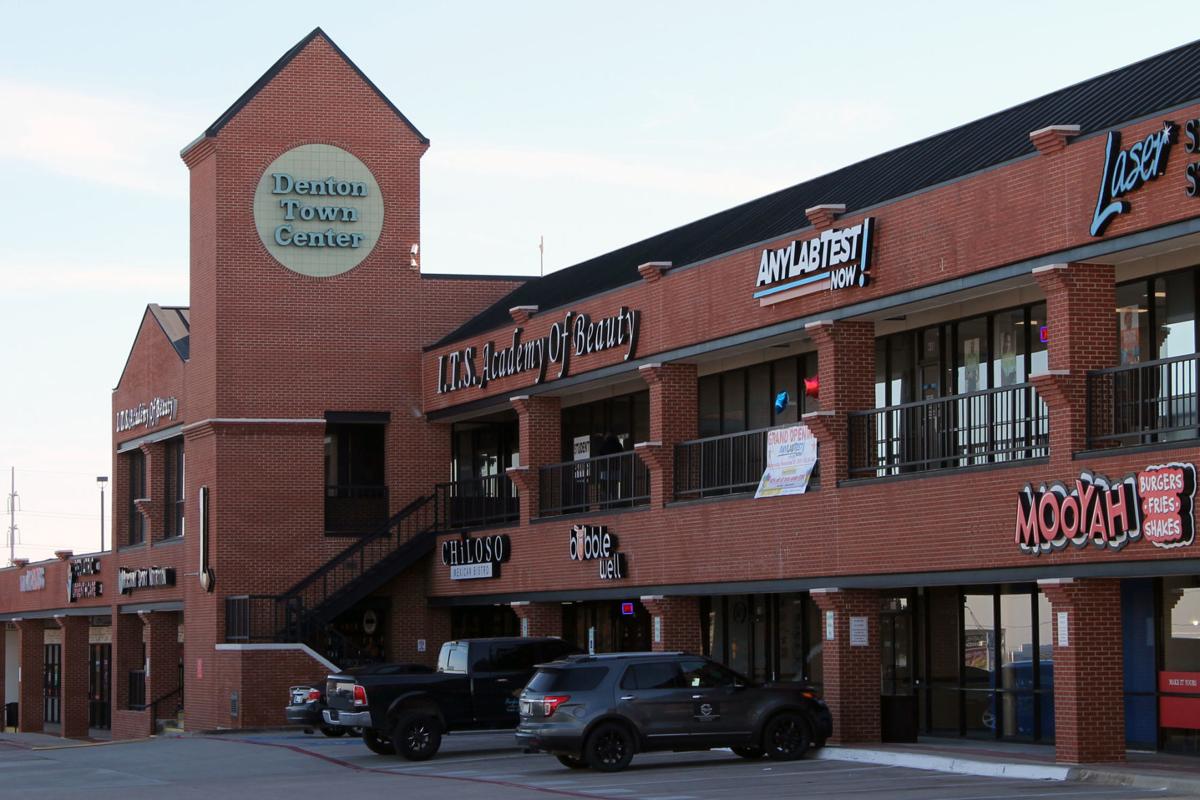 TOP: The two-story Denton Town Center, at 2215 S. Loop 288 near I-35E, is home to restaurants, retailers and business offices. RIGHT: Discount Sport Nutrition is a protein and dietary supplement store that’s geared toward sports and athletics.

A car sits in traffic as it waits to pass through the South Loop 288 and Interstate 35E intersection in front of Denton Town Center, a retail area where business owners say ongoing construction has affected their customer base.

Discount Sport Nutrition is a protein and dietary supplement store that's geared toward sports and athletics.

TOP: The two-story Denton Town Center, at 2215 S. Loop 288 near I-35E, is home to restaurants, retailers and business offices. RIGHT: Discount Sport Nutrition is a protein and dietary supplement store that’s geared toward sports and athletics.

Discount Sport Nutrition owner Mark Miller says he’s been able to plan for just about anything in the eight years since he bought his athletic supplement store at Denton Town Center on Loop 288.

But Miller said his business and others at the retail shopping center have experienced significant disruptions due to ongoing construction at Loop 288 and Interstate 35E. Miller, a business owner and operator of 21 years, said what he and other business owners did not anticipate was that construction near their storefronts would persist and be delayed long past the original completion date.

“I planned on this being done in late spring or early summer,” he said. “No one could anticipate that it would take a full calendar year later to get done. … That is extremely difficult to plan for.”

The estimated $27.5 million construction project, initially scheduled to be finished at the end of 2018, had its completion date pushed back to this past summer. But the project, which includes improvements to the intersection at Loop 288 and construction of a median barrier on I-35E, is approximately 85% complete, according to Texas Department of Transportation spokeswoman Emily McCann.

“Construction is ongoing with some overnight work occurring,” McCann said. “Per the contractor’s most recent schedule submitted to TxDOT, they estimate the project will reach substantial completion by the end of the year.”

The reasons for construction delays include inclement weather and issues related to the transferring of some work on the project from one contractor to OHL USA Inc., McCann said.

Miller, who maintains a detailed set of notes about his business, said that despite the construction surrounding the retail center, his storefront had been on pace to have a “really good year.” But, when the number of lanes were limited by construction in July, he said, where the left-turn lane was consolidated into the middle lane, is when his sales were rocked.

Scott Isabelle, who owns Mooyah Burgers, Fries & Shakes at Denton Town Center, said his restaurant experienced an immediate drop in both revenue and customer foot traffic after construction began in April 2017. Isabelle, 52, who opened the location eight years ago, said monthly sales dropped by at least 20% after construction started, and that the trend persisted for about a year and a half.

However, since then, things have started to improve.

“This year, [sales] started to trend back up,” Isabelle said, sitting at a booth at his storefront. “But prior to construction, [sales] were trending up year after year. ... Once the construction hit, that’s when we noticed it was really bad.”

While his revenue has shown signs of life, a drawback to developments, he said, are the constraints that he has had to place on his business due to ongoing construction — such as hiring new employees. He says that while it is not an ideal situation, businesses at the intersection are just trying to weather the storm and endure.

Miller and Isabelle both said they do not intend to move to new locations, and that they are confident that developments will benefit their businesses one day. However, a mutual concern of theirs was for customers who’ve become dissuaded by construction.

Isabelle said that once construction is finished, his hope is that Mooyah’s sales rebound from the drop.

“I think that [sales] will actually increase once people realize that it’s all done and we can go back to our regular way of doing things,” he said. “But there will be some that do not — but that’s just the nature of the person.”

While they expected to lose some customers, both owners acknowledged that their respective marketing budgets have increased as a means to reach local consumers — which includes drawbacks of its own, Miller said.

Although the project is expected to be complete by the end of December, McCann said its completion might slip into next year — depending on weather.

“But TxDOT’s goal is [to] have the I-35E main lanes open and operational by December 2019,” McCann said.